Are you partial to a trip to your local hostelry now and again? Combined with the company of good friends, drinking – in moderation, for enjoyment, obviously – can be an exceedingly pleasurable way to spend an evening. But why settle for yet another craft ale or - perish the thought - fancy fruit ciders, when the really good stuff has always been right here under your nose? If you want to position yourself as a proper drinks connoisseur, it’s time you learnt about the daddy of them all: Single Malt Scotch Whisky.

What exactly is single malt whisky?

Whiskies are as diverse as they are distinct. They can be broadly categorised into Scotch Whisky, which comes from Scotland, and American Bourbon, which is whiskey (note the different spelling) typically produced in Kentucky or Tennessee.

All whisky is made from cereal that is fermented, distilled, and aged. Bourbon is primarily made from corn (and other US whiskeys use rye), but in the case of malt whisky, the cereal used is barley. Single malt whisky comes from one distillery; it must be aged at least 3 years in oak casks and bottled with a minimum 40% alcohol volume.

You can get also get Blended Scotch, which uses a mixture of single malts and inferior grain whiskies from several distilleries to achieve a more consistently rounded – some would say predictable, or even bland – flavour. Interestingly, more than 90% of all Scotch whisky sales worldwide come from blended whiskies, with globally recognised brands including Bells, Johnnie Walker, Famous Grouse, J&B, Grant’s, and Ballantine’s. Did you know that there are over 100 licensed distilleries in Scotland?

Single malt whiskies can vary dramatically, depending on the individual distillery’s approach to production...and this is where it gets interesting. 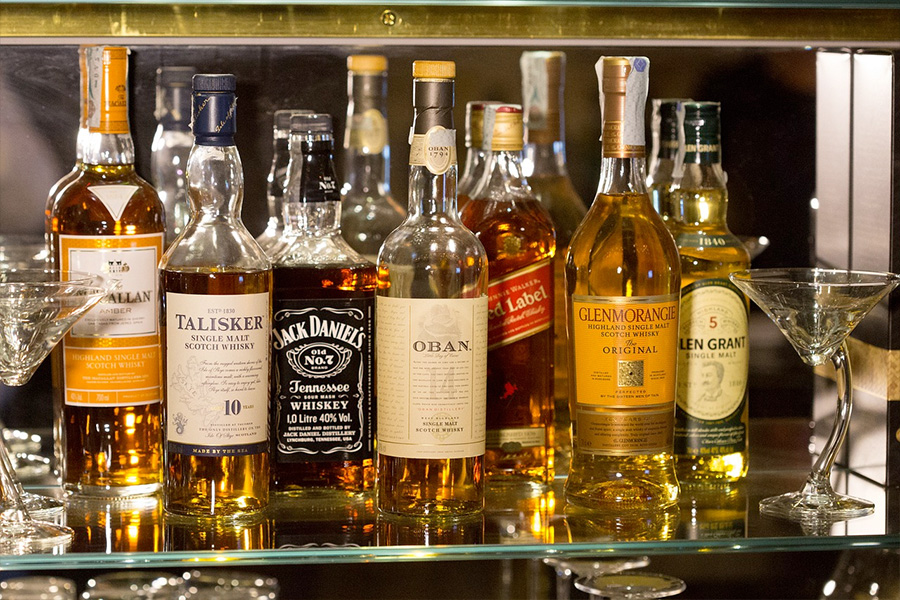 The largest whisky-producing region in Scotland, Highland single malts offer the greatest variation in style. Glenmorangie, Dalmore, and Aberfeldy are among the best known distilleries here. While North Highland single malts tend to have lighter bodies with a spicy character and a dry finish (and sometimes with a hint of saltiness due to the coastal location of the distillery), whiskies from further south and east are sweeter and lighter in body. Glenmorangie has a rich, warm profile full of chocolate, fudge, and spiced fruits.

Single malts from the Lowlands tend to be lighter in colour with a mellow fruitiness in the flavour and a dry finish. This comes from the unpeated malt used in the production process. Auchentoshan is probably the best known Lowland distillery.

Speyside is the heart of the whisky world, with over half of all Scottish distilleries located here, including the popular Glenfiddich, The Macallan, Balvenie, and Glenlivet. Speyside malts are known for being the sweetest of all the single malts, though some can have a peaty character with just a whiff of smokiness. Glenfiddich has a light profile of nuts, fruits, and grassy notes with a fresh finish, while Glenlivet’s delicate profile shows floral aromas with sweet grains and light wood.

Comprising the whisky producing Isles of Scotland – Skye, Mull, Orkney, Jura, Arran, Lewis – this region is often considered a subdivision of the Highlands. Island malts tend to have a coastal feel to them, with a soft and sweet peatiness in character. Talisker from the Isle of Skye is a must try. Its soft profile has ginger, heat, and smoke with a long finish.

With no fewer than 8 distilleries on the island, Islay is known for its heavily peated whiskies, the strongest of all the single malts. The smoky flavour, often with hints of salt and seaweed, has a dry finish and a bit of a bite – it’s an acquired taste. Lagavulin and Laphroaig are two popular Islay single malts full of smouldering smoke.

How important is age?

The age statement on the bottle is an indication of how long a whisky has spent in the barrel, which will impact its flavour and, often, its price. However, age is not the only indicator of quality. Don’t assume that an older single malt will somehow be better simply on account of its age. Particularly for beginners, it’s a safe bet to assume that any single malt aged 10-15 years will provide plenty of complexity for your taste buds.

Neat, on the rocks, or with water? 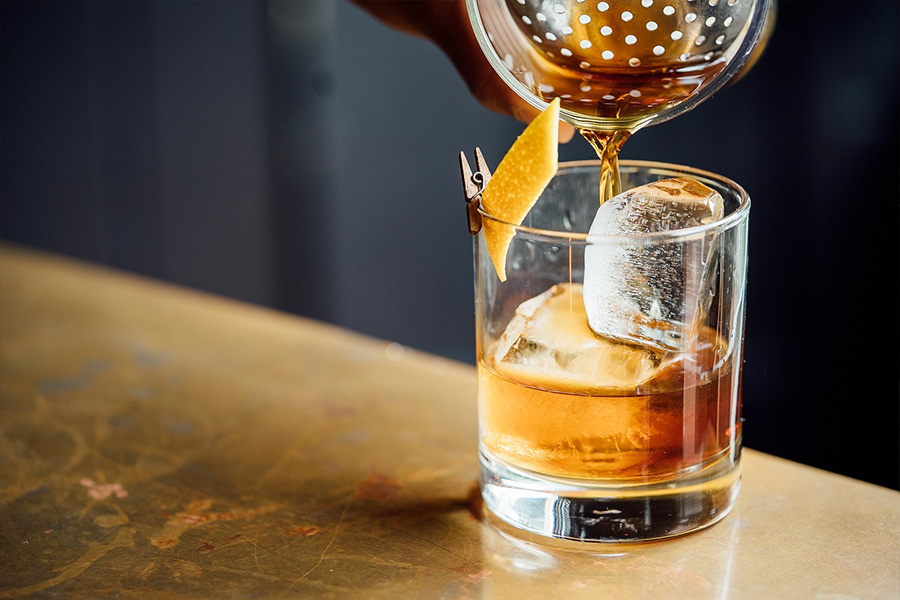 The great debate about how best to take your ‘wee dram’ has been going for many years, but in the end it’s personal choice that matters. Water is actually encouraged in the higher strength whiskies, as a few drops can open up aromas and soften the flavour. Ice cubes, on the other hand, chills the drink which can dull the aroma and flavour.

A little knowledge can take you a long way – certainly long enough to sample enough single malt whiskies to get a better understanding of the art of whisky making (see the tasting courses available at experience providers like Into the Blue). Of course, while you debate your likes and dislikes with your fellow single malt enthusiasts, it’s always useful to be able to dazzle with a bit of whisky jargon. Here are a few terms that may come in handy:

Want to organise an event for whisky enthusiasts? Billetto is an event ticketing platform that lets anyone set up a beautiful event page in a matter of minutes. Easily embed videos, add images, and style your page as you like. Every event page on Billetto is designed to look great on all devices - mobile, tablet, or computer.


You can sell paid tickets, track who signs up, or offer merchandise and food vouchers. Interested? Get started below or learn more about our features.

Set up a whisky tasting with Billetto

Get realtime stats on your ticket sales or request daily reports.