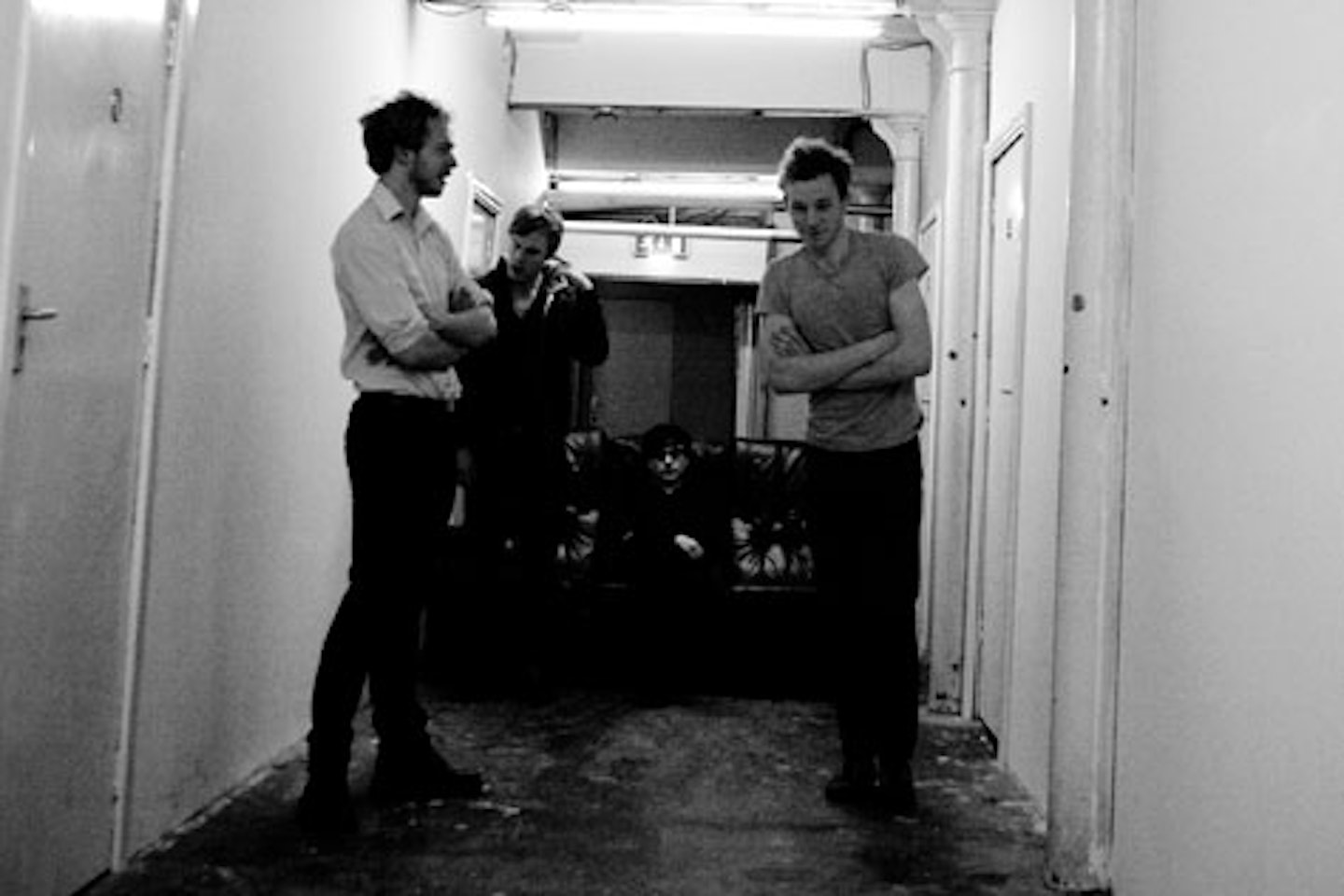 We’re delighted to be helping YBAs launch their debut album.

YBAs write songs in a basement on the corner of Hilton Street and Newton Street in Manchester city centre. Songs about being about being young, losing youth and the passing of time. Songs that will see the light of day for the first time this summer on their debut LP, A Change By Any Other Name.

A record brimming with shoegazing walls of sound, stabbing guitars, dreamy soundscapes, yelps and fists to the sky, it brings to mind an acerbic MBV cut with …trail of dead and the power pop of The Wrens – all the while refusing to lose on record the raw energy of their famed live set.

The guitars feedback before shimmering, the drums pound then click manically, the bass drones then scrapes, the organ pulsates, the synth cuts, and the voice breathes a lover’s breath then scorns with a cry.

The record opens with A New Language, an aggressive wall of noise which sets a tone of urgency. Thematically it deals with getting older and wanting to create something for yourself, a sentiment that is carried through the rest of the album but this song says it most openly. The record closes with Forget Your Past – a final track differs slightly from the rest of the record. It is playful and lyrically it is more wistful – a recognition and acceptance of lessons learnt. Front-man Leo Scott explains: ‘The track name was the working title for the record. It is written in big red paint above the entrance to a huge derelict Communist monument in Bulgaria. I loved the phrase because whenever you do something foolish you try your best to forget it. But the very action of trying to forget means you can’t. And if you did truly forget then you run the risk of making the same mistake again. Fucking up is okay, and this song is our ode to that.’

YBAs’ reputation has been built on loud, frantic live shows with a raw energy – propping up stages with METZ and No Age, but equally at home with TOY and The XX amongst others. YBAs are Leo Scott (vox, bass), Seb Mariner (Guitar), Simon Walker (Synth), Ben Philips (Drums).

Main support comes from Weird Era, playing their first gig in a year. Weird Era have released four albums, two mini-albums and around 100 demos during their time, making a dreamy mess in a dark place. This rare show is a return from ‘retirement, a hiatus or a period of growth’.

Also supporting are HORRID – a new sense-twisting band from Manchester. First Chop Brewing Arm is an industrial brewing unit situated in a railway arch off Trinity Way, a 10-minute walk from Deansgate. The brewery is fully licensed and will be offering a selection of its own ales on the night, as well as other refreshments. Read more about our partnership with First Chop here.