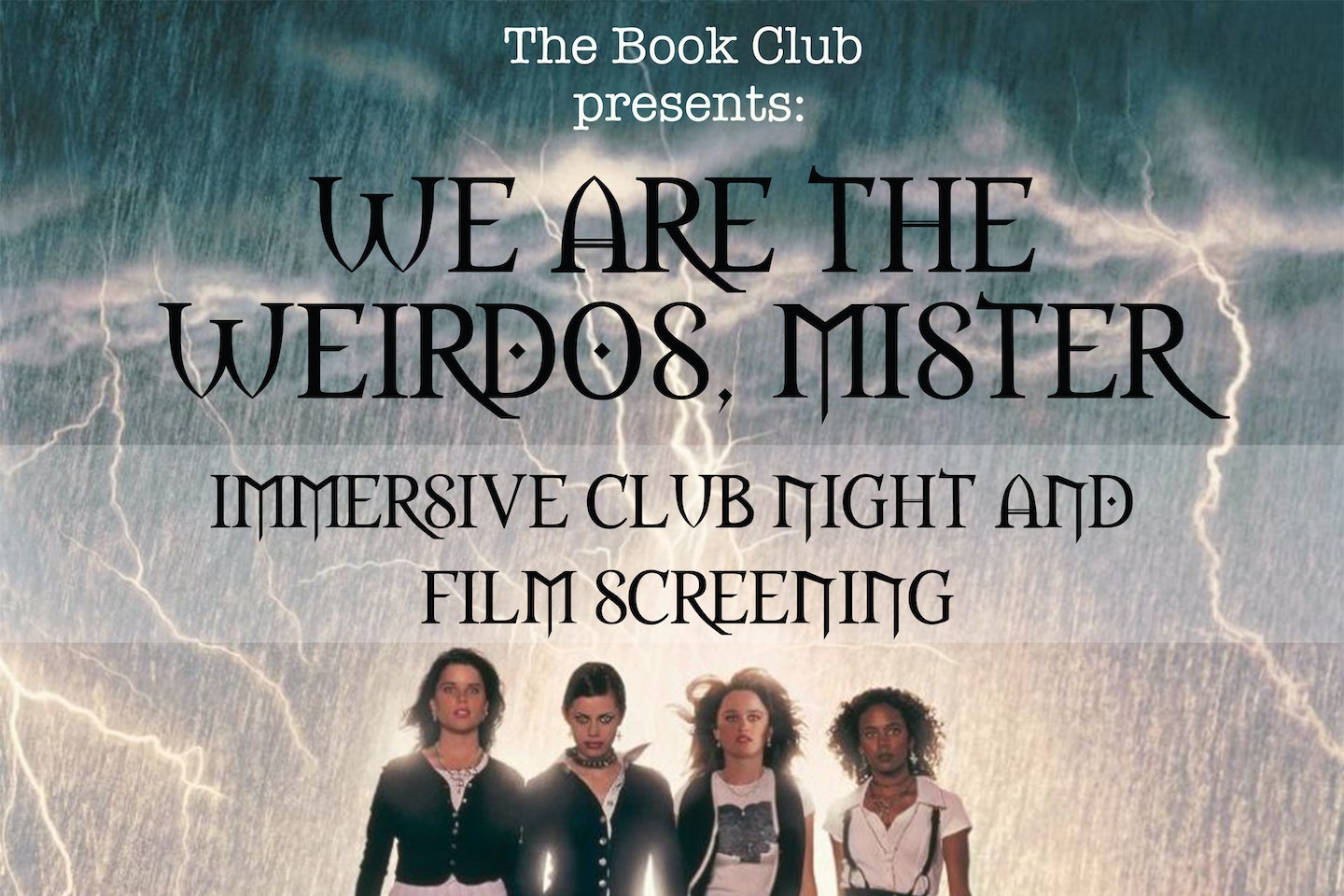 We are the Weirdos, Mister

This Halloween The Book Club goes goth with cult classic The Craft themed club night and film screening, following news of the film being remade by Sony.

Return to the 90s sleepovers of your teens when horror films reigned; think goth-rock, love potions and Neve Campbell. Join us from 6pm for the free film screening, setting the angsty adolescent vibes for the night! Whilst enjoying the film, why not get involved with the occult jewellery making session? Choose a pentagram, crucifix, rosary beads or studs to create a necklace or choker to add the finishing touch to your Halloween outfit.

At the evening club night, make your way through cobwebs and critters to enter the sacred circle of North, South, East and West. Watch out for the spooky surprises hidden around The Book Club! Get snapped with your coven in the Sacrificial Altar Photobooth but not before our make-up artist piles on black eyeliner and purple lipstick (for girls and guys). In keeping with American teen house parties, drinks will be served in red plastic cups. “Invoke the spirit” with our witches’ brew, The Nancy; a heady vodka, Prosecco-berry mix.

All this, set to the best music from your teens. Expect classic cross-genre party music from the 90s and 00s with the occasional Halloween classic thrown in. From hip hop to surf rock, disco to indie, New York pop to UK dance classics and everything in between. Biggie and Smalls (Gin & Juice), Siro (Pixl8) and other choice selectors treat you to their favourite tracks of the period. Think Basement Jaxx vs Everything but The Girl, Letters to Cleo vs Coolio, Black Box vs Marky Mark and the Funky bunch, N-trance vs Boys 2 Men… you get the picture!

We are the Weirdos, Mister