Wake Up Gigs is back for its fifth parent friendly, kid friendly, family friendly Sunday afternoon gigs. We have assembled not only the biggest line up yet but the most eclectic. Over the course of four hours you'll hear acoustic folk, innovative electro-punk, the NEXT BIG THING in pop and anthemic alt-POP.

Our gigs showcase new artists for parents to enjoy live music and the gig experience in a relaxed atmosphere, a parent friendly venue and at parent friendly times. All ages are welcome.

Child friendly stuff: Maybe your first ever experience of live music. When you are older you always remember your first time. Plus soft play corner, arts and crafts, album cover colouring in, balloon shapes. A venue that is not too dark, not too crowded and (hopefully) not too noisy! 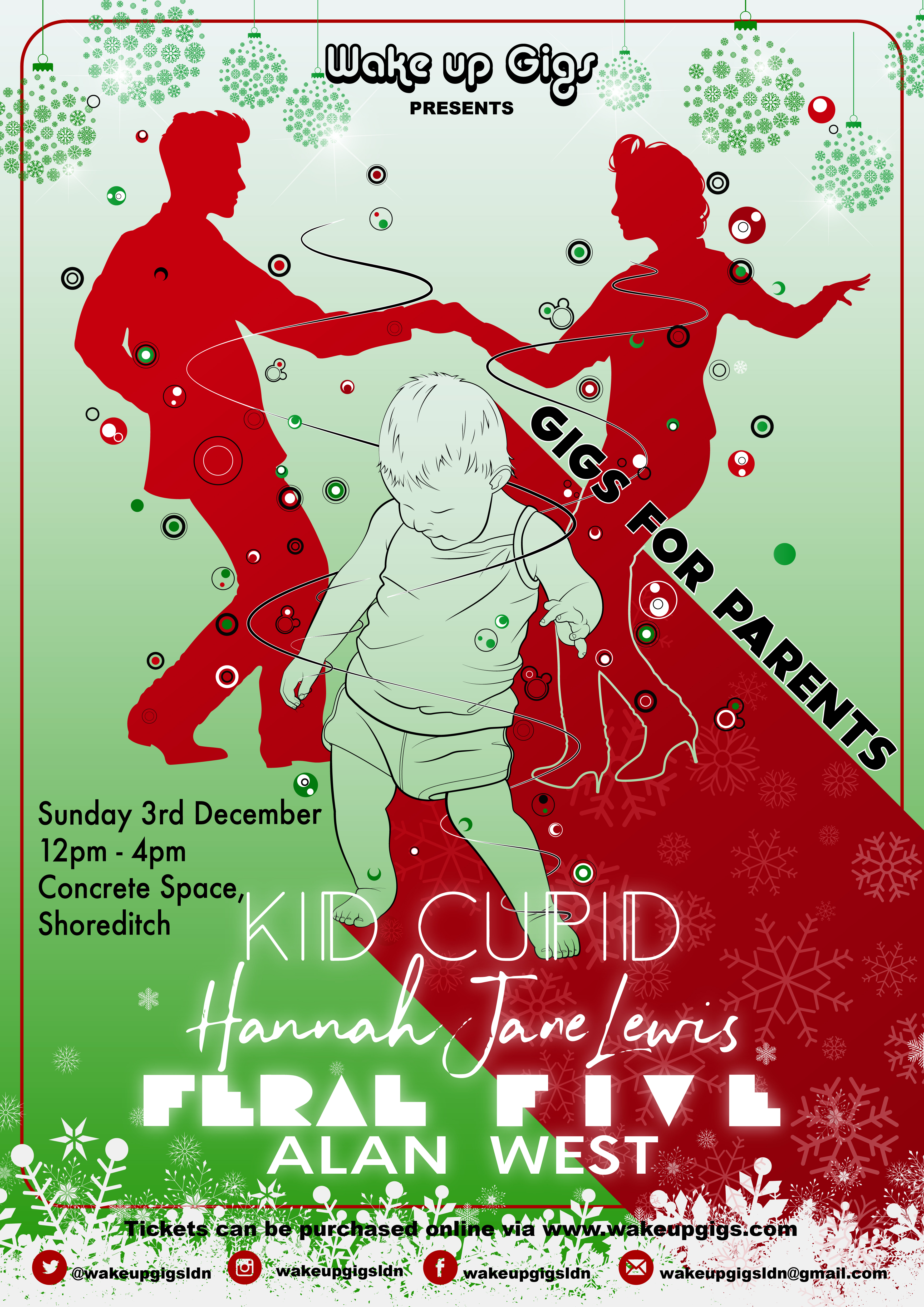 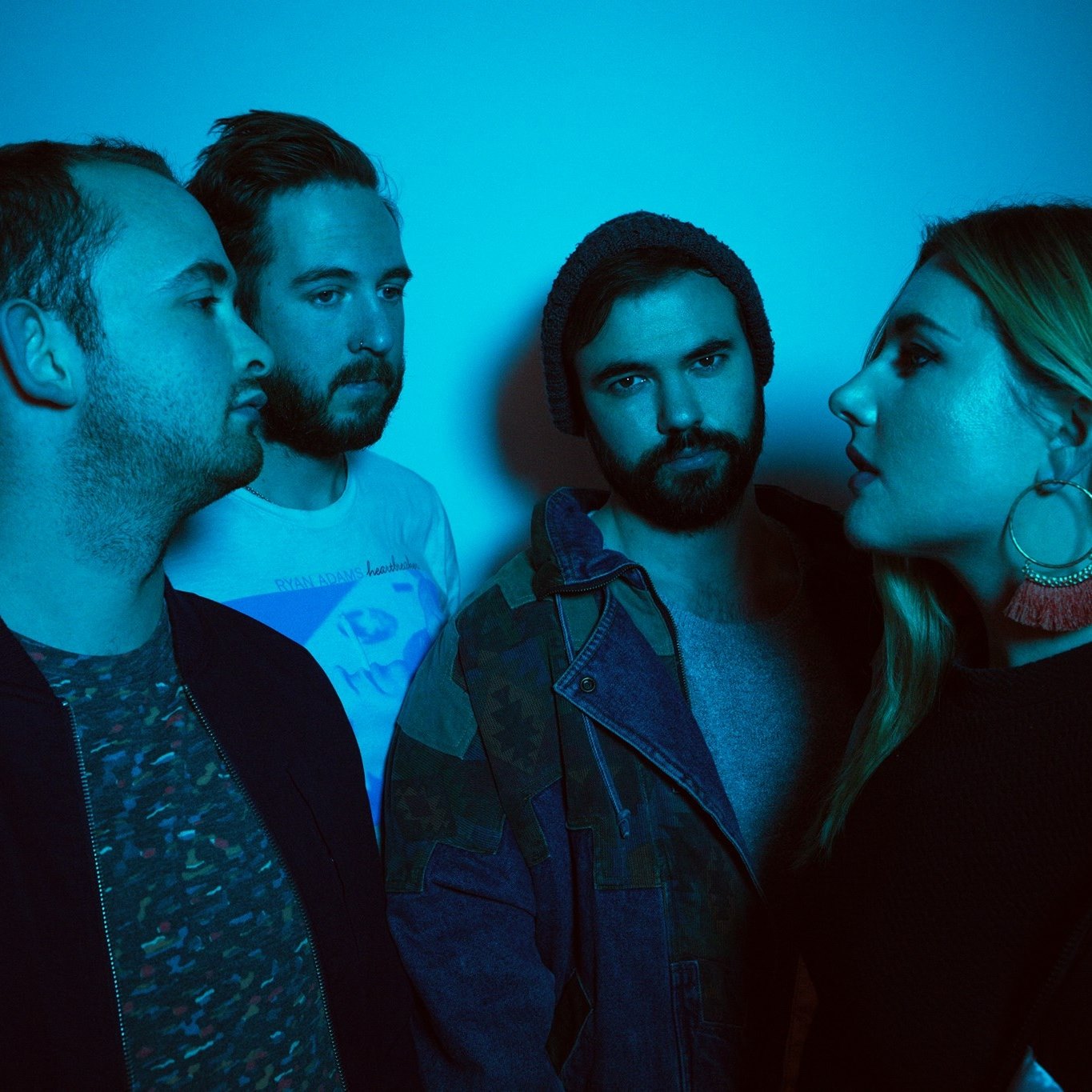 Having been gigging together for little under a year, Kid Cupid have built quite a reputation around London for their immersive live set with headline shows at The Garage, Proud Camden and Hoxton Square Bar & Kitchen already under their belts. Now, having received support from the likes of BBC Introducing and Amazing Radio, they hope to charm listeners across the UK and beyond with their euphoric fusion of sounds and thought-provoking social commentaries.Quotes: 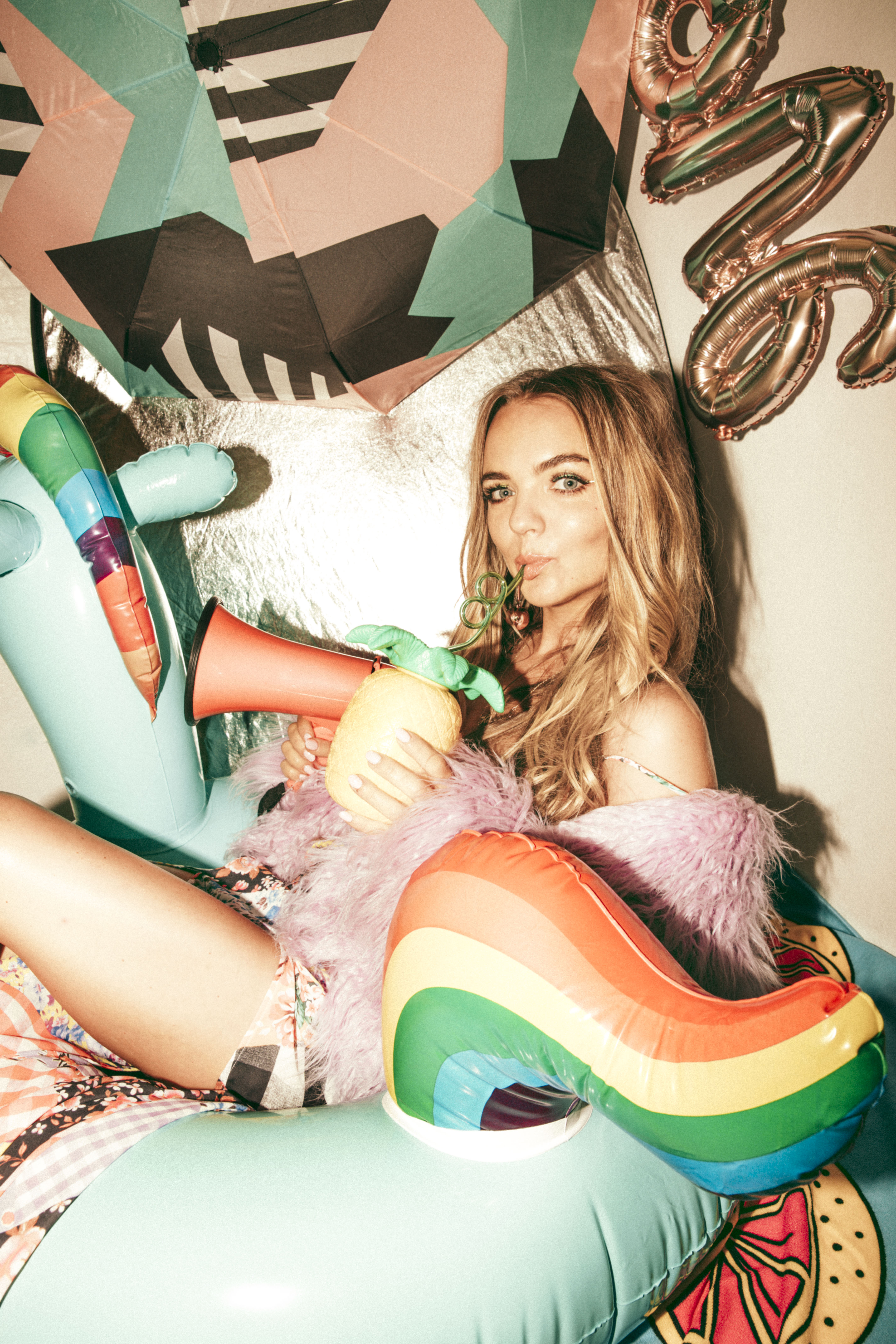 If you’re looking for a story about how a burgeoning superstar barged her way to the top of the pop pile through sheer force of spirit, you’ll be pleased to meet singer, songwriter and chancer extraordinaire Hannah Jane Lewis.

By 2016 an independently-released, electro-influenced EP was attracting plaudits from a diverse array of tastemakers including; having now signed with Polydor, Hannah’s about to turn an exciting corner after marrying her own songwriting to a string of handpicked collaborators.Having grown up in both the UK and America Hannah has been inspired by a broad range of artists and styles, from classic UK pop to the likes of Katy Perry, Carly Rae Jepsen and Taylor Swift, via her passion for styles like country and R&B. “I’m influenced by my US upbringing, but that’s brought to life through the prism of UK pop sensibilities,” she explains. “I'm somewhere between the two — for me, the important thing is to learn from all my favourite artists but make sure I sound like nobody but myself, and wrap it all up in a big ball of pink glittery colourful energy.”Hannah’s currently putting the finishing touches to an album whose lyrics and very existence tell a valuable story about defiance and the importance of forging your own path, combined with a celebration of the ups, the downs and all the bits in between that come with being young in the 2010s.Couple those tracks with Hannah’s own inspiring, international journey to the precipice of pop stardom and you’ve got a headstrong and irresistible pop package that’s set to explode in 2018. 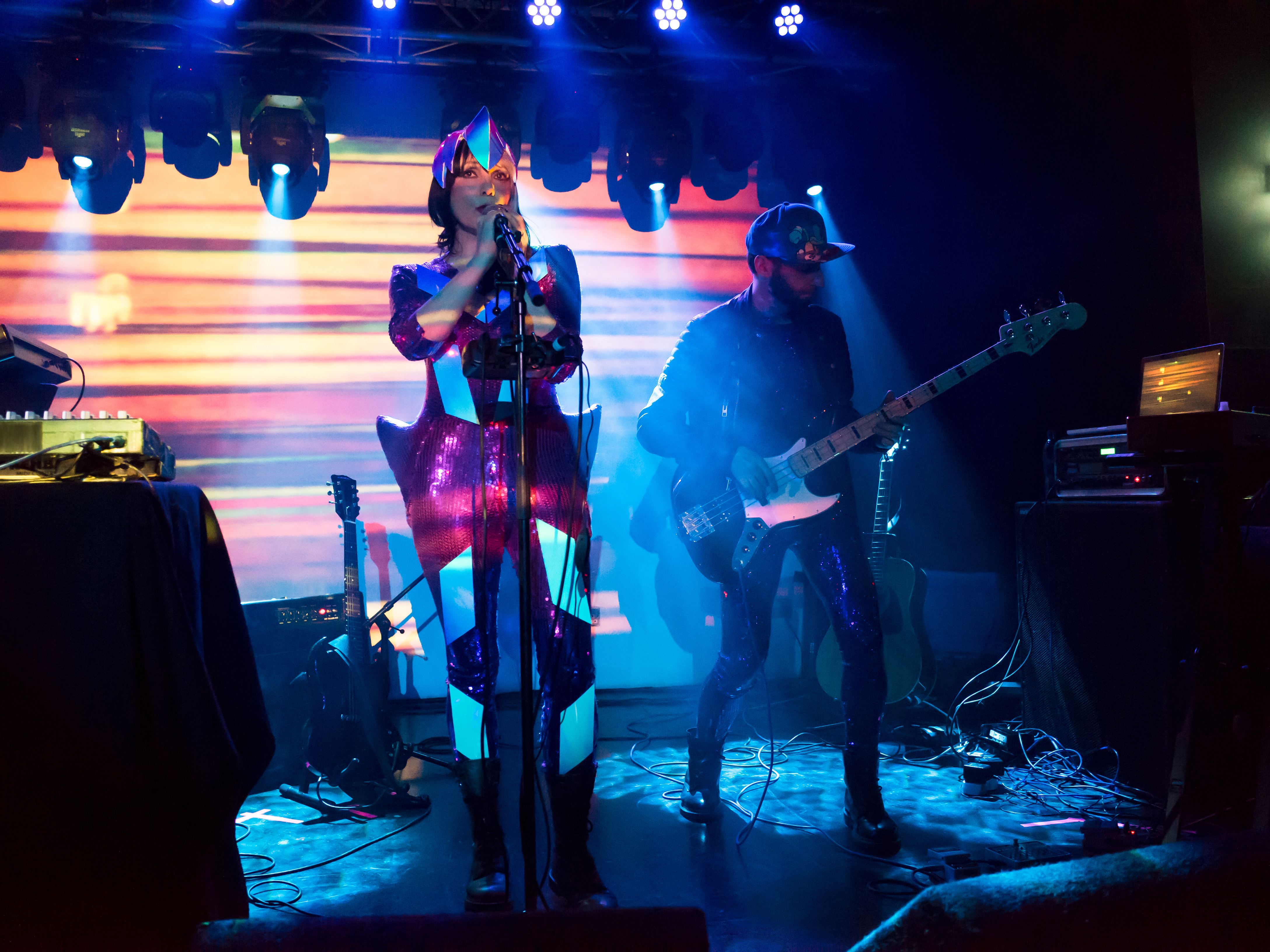 Feral Five make electro-punk dance music with bite, fusing snarling guitars, jittery synths, and ferocious beats, and are tipped as ones to watch by Louder Than War, for their 'groundbreaking' sounds.

Raised by wolves on a diet of punk rock, disco and roots, the duo have been championed by BBC Radio 6 Music's Steve Lamacq and Gideon Coe, and Eddy Temple-Morris.

Obsessed with science, they create songs about the dark human side of tech, as well as love, lust and madness. 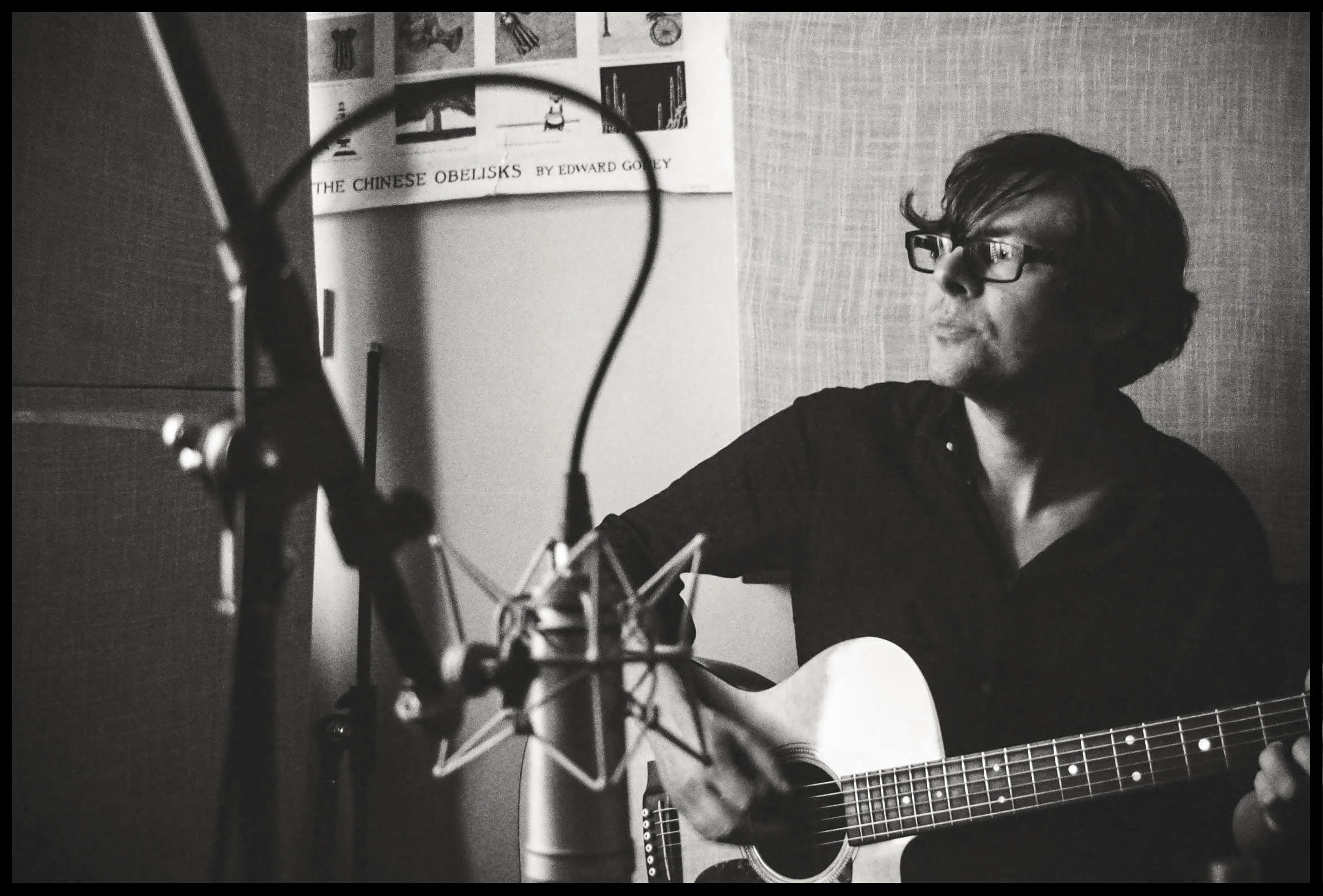 Born and raised in North West London, Alan is a singer, guitarist and songwriter with strong Spanish / classical influences and an emotional, almost journalistic style of writing, with a distinctive lyricism.

Alan’s lyrics are part-autobiographical, part-state of the nation, displaying razor-sharp wit and humour, with vocals delivered in a rich baritone reminiscent of Mark Kozelek and Red House Painters. With a dextrous and effortless finger-picking guitar style, his overall sound is part-Nick Drake, part-Jarvis Cocker, part-Billy Bragg.

Alan has been developing and honing his songwriting skills in recent years, studying with a number of songwriters and mentors and attending songwriters’ retreats and workshops across the UK. His song “London Town” (to be released in 2018) has been described by fans and listeners as one of the best lyrical songs written about London in recent years.