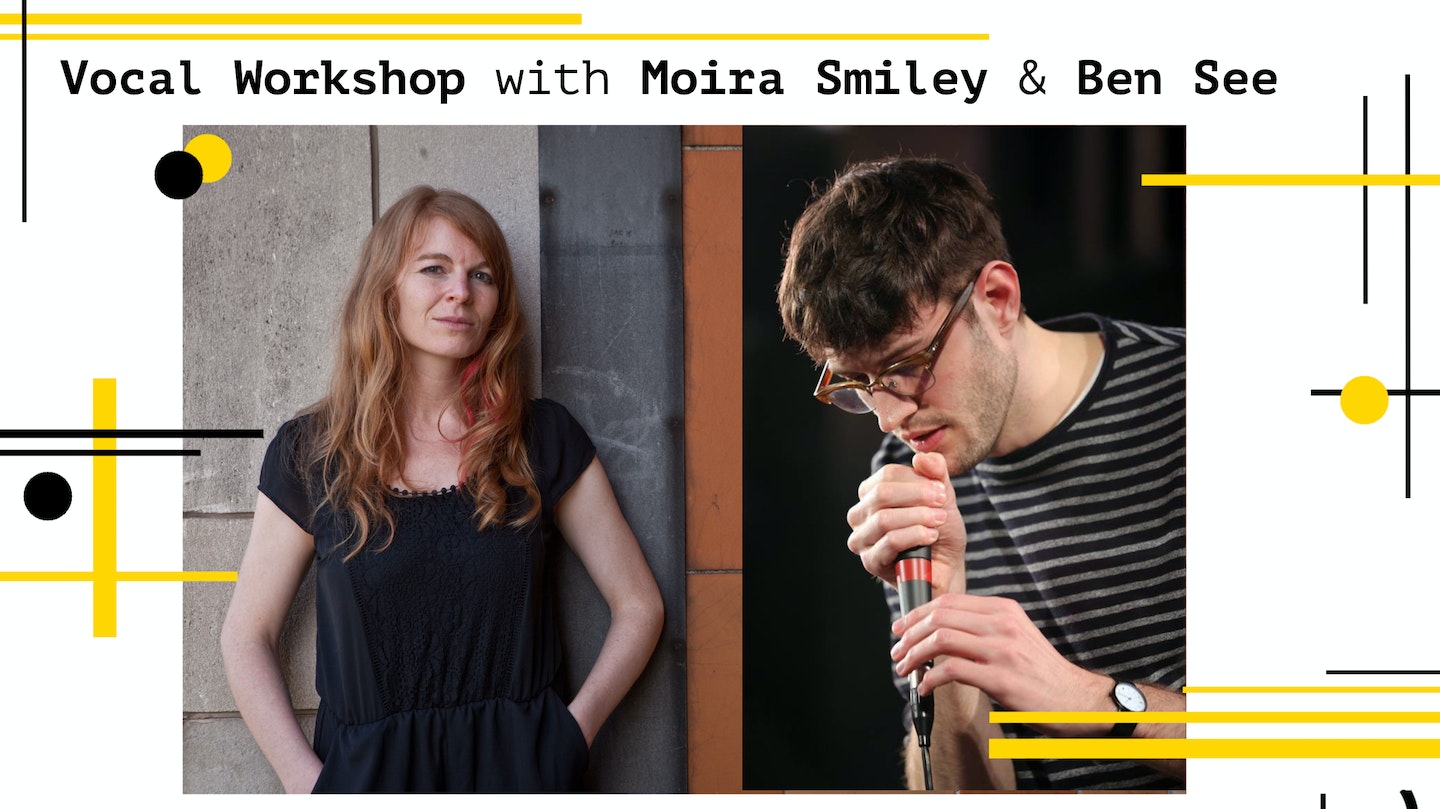 An evening of uplifting harmony singing with two experienced musicians and choir leaders. We will explore a range of vocal music all taught by ear.

The workshop is inclusive and open to all levels of experience. No need to read music. Come and join us for a relaxed and fun evening of vocal exploration.

Moira Smiley is a singer and composer. Always improvisational in her approach, Moira marries her study of traditional folk-song with an adventurous sensibility. She accompanies herself on banjo, accordion, piano and percussive movement while performing solo, or with her vocal group, VOCO. She is well-known and beloved around the world as a choral composer and arranger – with millions of singers world-wide singing her music, and a Carnegie Hall concert featuring her music coming in 2020. In 2018 she released her latest solo album and choral songbook, ‘Unzip The Horizon’. This workshop is a rare chance to sing with Moira whilst she's in the UK.

Ben See is a singer and composer from London. He specialises in new vocal music and working with choirs. His music has been played on BBC6Music, BBC Radio3, BBC London and Resonance FM. In fact, he was chosen as one of Tom Robinson’s ‘Fresh Favourites of 2015’ on BBC6Music. He runs regular singing workshops around the UK (and further afield), and enjoys collaborating with singers and choirs of all ages and levels of experience. His choral compositions have been performed to audiences all round the world, by choirs of all shapes and sizes. He also runs a vocal music website and platform called LaLaLa Records.