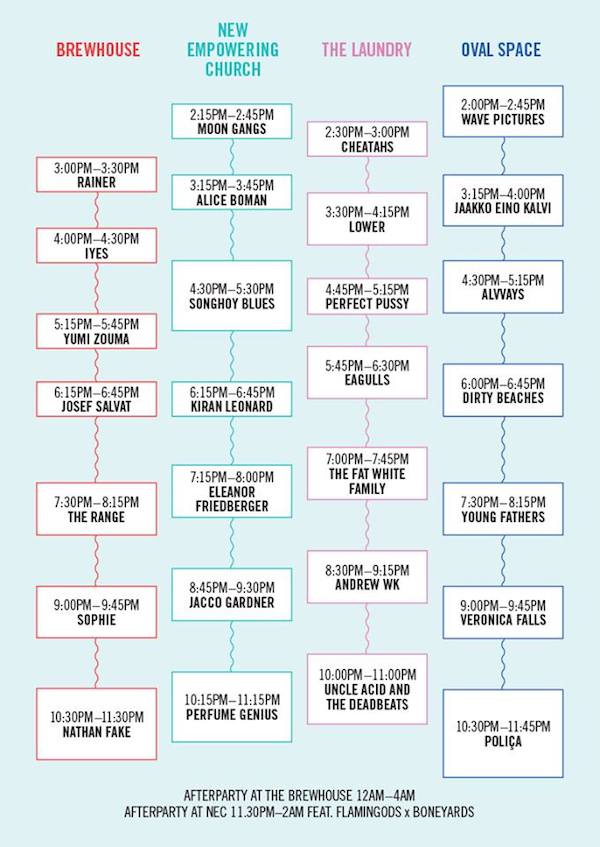 The festival returns for its second year following its sellout first event in 2013 - taking place across different Warehouse venues, spaces and outdoor areas in London Fields.

Music will only be one offering as part of the event. The DIY and artistic nature of the event will be showcased by exhibitions from local artists, including a showing from London based collective Skull Paradise, a Tattoo Art show, Record fair and the Visions Market. Netil Rooftop will be open for between-gig hangs, including a Sailor Jerry Rum Shack, BBQ and hot tubs.

Visions also houses a special Comic Book Fair by Breakdown for this year’s event, and there will be a unique array of food stalls, courtesy of the famous Netil Market collective - including Lucky Chip burgers, Breddo’s Taco Shack, BAO, popsicles and many more. The festival’s local and original approach also features bespoke art direction, with all visual affairs being handled by a much-celebrated duo of artists, Stephen Agnew and Robert Wallace.

WRISTBAND COLLECTION: Details of the location for this will be emailed across to you in advance of the event along with a map to each venue