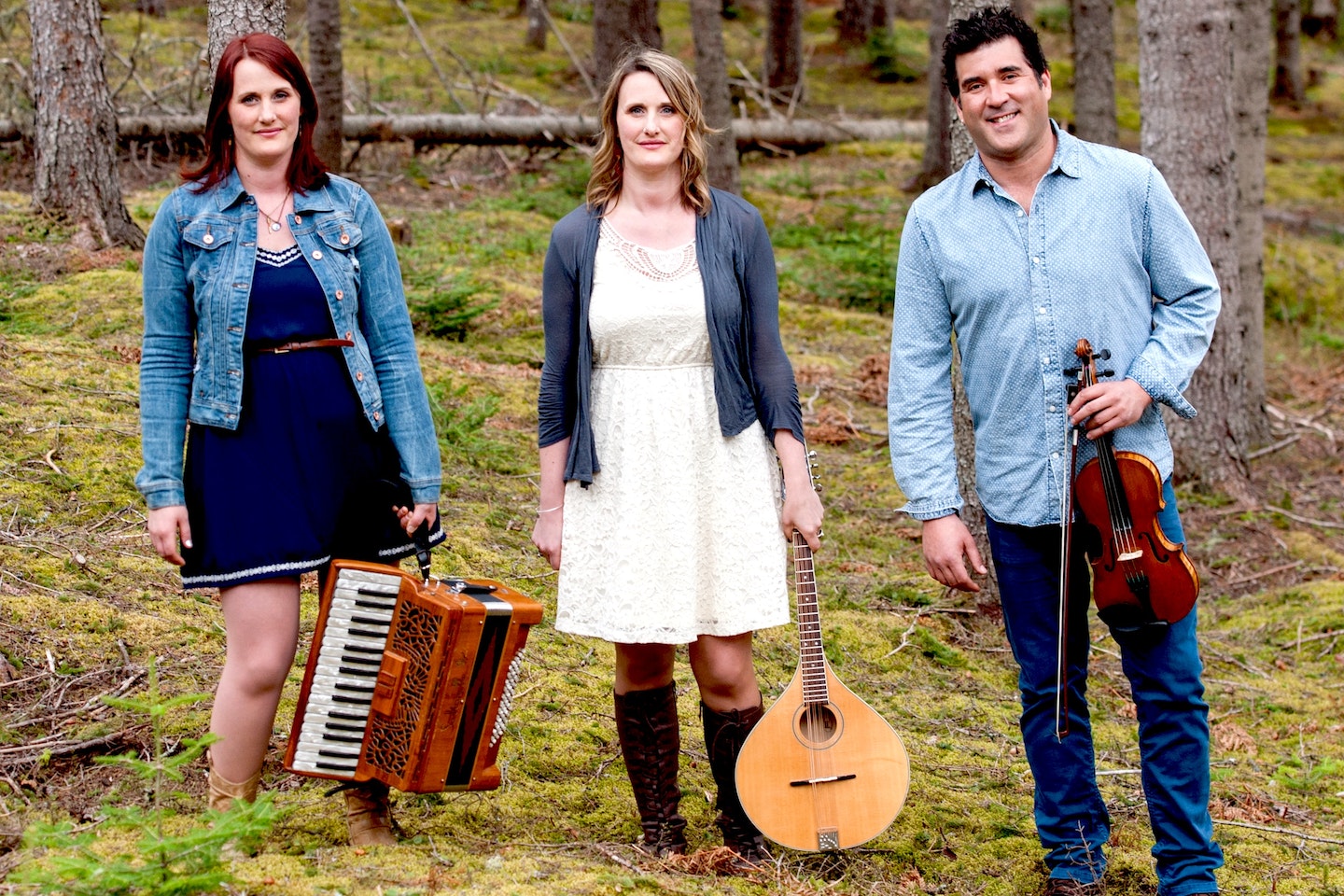 For the past decade, Acadian powerhouse trio Vishtèn have acted as Francophone musical ambassadors throughout the world. This Canadian trio continue to dazzle audiences with their fiery blend of traditional French songs and original instrumentals, fusing Celtic and Acadian genres with a modern sensibility and rock influence.

After touring extensively on three continents, the name Vishtèn is now synonymous with Acadian music worldwide. In addition to releasing five albums and performing at thousands of international festivals – from the Vancouver Olympics to France’s Interceltique de Lorient – their music has been showcased on American television (ESPN) and the Japanese film, Finding Anne.

“Instrumentally this is a class act. Vishtèn have all the bounce and bravado of Quebec music, plus the soulful melodies of the Acadian tradition.”

“Rhythms, melodies, voices, musicianship… a near perfect ensemble. Vishtèn, what a world!”

“It’s like Buckwheat Zydeco meets the Irish. The first time i saw them, I loved them!”