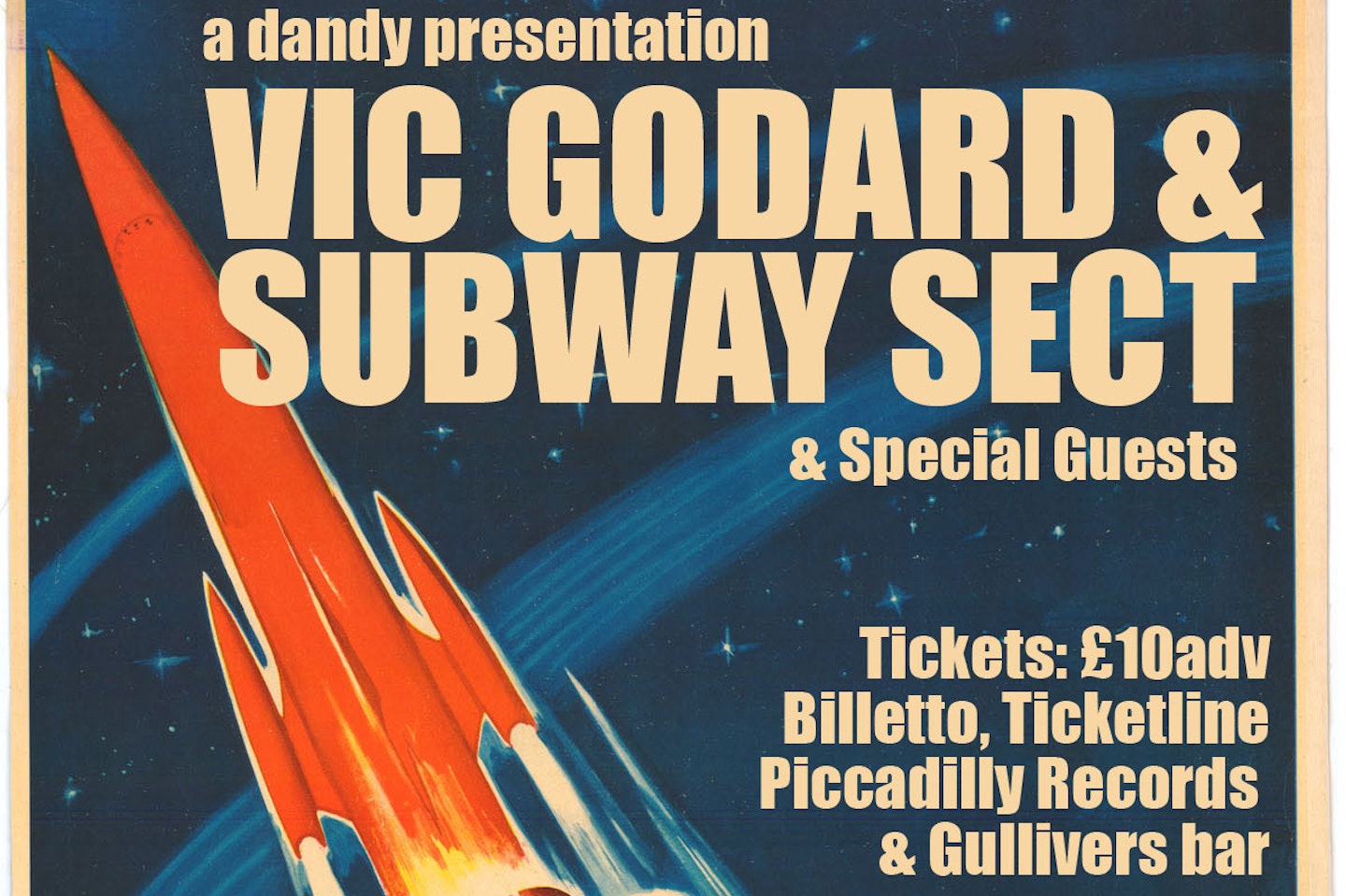 Thursday 13th October 2016 - Dandy brings Pioneer of Punk Vic Godard and his group Subway Sect back to Manchester for one night only at Gullivers.

Anyone who was there will remember the fantastic show Vic and the 'Sect put on for us back in November last year. So we are delighted they are returning to play for us again this October.

Last year was a great one for the band with the release of their critically acclaimed album '1979 Now!', a string of successful gigs and another delightful session for Marc Riley's BBC 6 music show.

Vic Godard was one of the architects of British Punk, he featured at the inaugural 100 Club Punk Festival in 1976 at the suggestion of Sex Pistols manager Malcolm McLaren. They were taken under the leaky wing of Clash manager Bernie Rhodes and accompanied The Clash on their 'White Riot' tour in 77. Their reluctance to record turned them into the nearly men of UK punk. One of their only releases of the New Wave era 'Ambition' went on to be a cult classic being hailed by none other than David Bowie as single of the year 1978.

By the time the Sect went into the studio, Vic had started his restless, eclectic musical journey from Lounge Jazz, Garage rock & Northern Soul including albums with Edwyn Collins (he sings and plays on Mr Collins’ ‘A Girl Like You’), Paul Cook & Roddy Frame as well as the aborted Musical ‘Blackpool’ with Irivine Welsh.

2015 has seen Vic also feature in two documentary films. Iin June Vic played at the official after show party to Grant McPhee's film 'Big Gold Dream' in which Vic and the Sect are featured, as well as being the subject of Graham Bendel's movie 'Derailed Senses' which premiered in London at the East End Film Festival, featuring interviews with Luke Haines, Irvine Welsh, Edwyn Collins, Viv Albertine and Primal Scream’s Bobby Gillespie about the influence of Vic's music on their lives and work.

Vic has also worked in collaboration with Serbian artist Leka Mladenović this year on his 'Somewhere In The World' exhibition in Belgrade, launched in July 2015.

"I fell totally into that thing Vic Godard said 'We oppose All Rock N Roll', Avoid all these cliches" Lawrence, Felt (Mojo Magazine, May 2012)