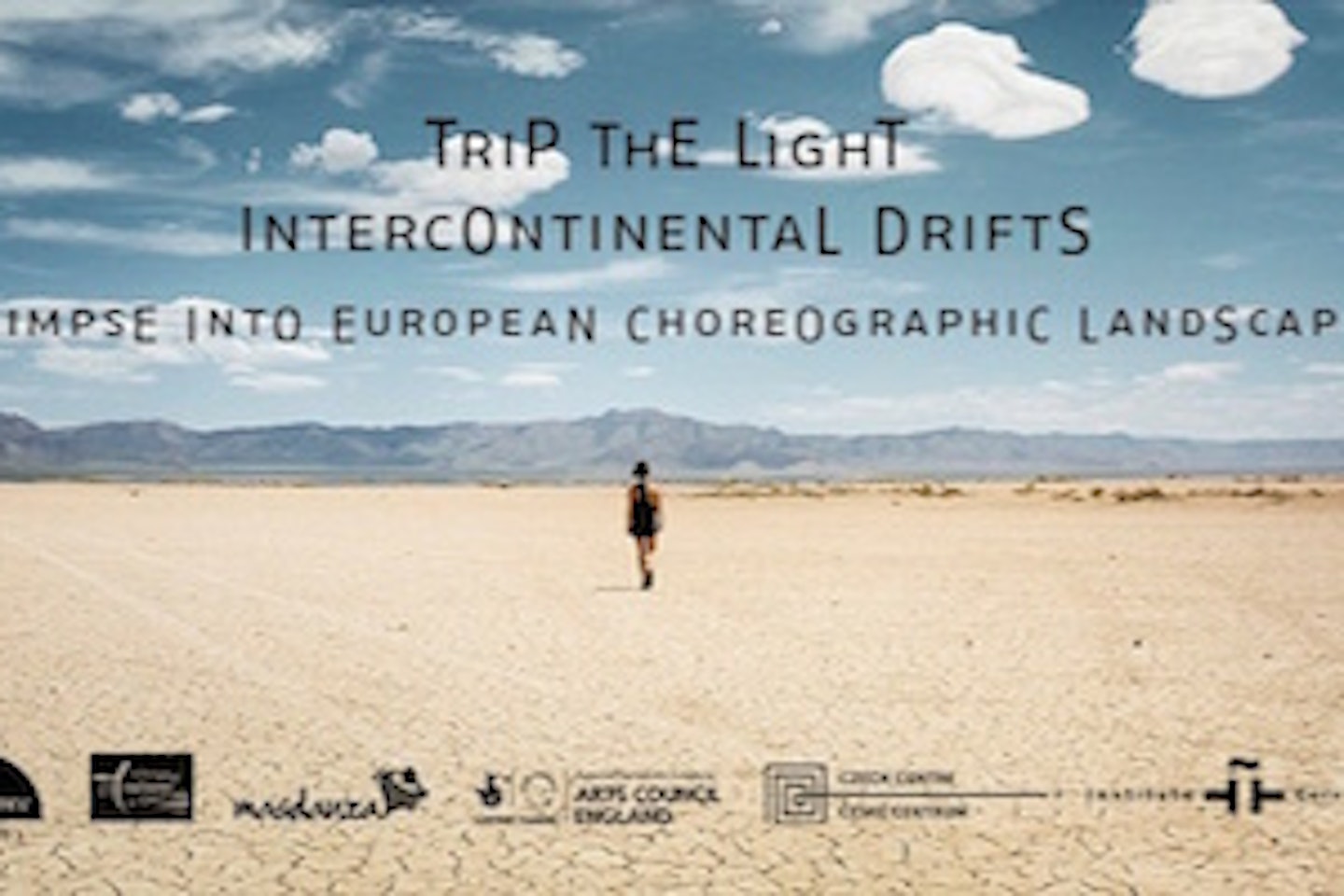 Trip the Light - Intercontinental Drifts is a monthly platform (February-July 2016) where cutting edge choreography from across Europe and the UK meet. A night of new moves, new waves and new choreographic terrain.

This is a poem called Thanks. You ahh but here To ahh here Welcome . A collaboration between two people stuck in a state of transition, condemned to limbo, beginning a quest for happiness. Poetry, not-poetry and rhythmic dancing will do (for now) in this ambitious attempt to find structure and meaning to life. We have not found the meaning of life – However, if you have any revelations, please let us know.

Hannah and Lorea both graduated from TrinityLaban. They are founding members of Backspace Collective, a group of five dance artists who provide a support system for each other in the creation and performance of choreographic work, and curation of performance opportunities. Alongside their work with Backspace, they work with a number of different artists including Seke Chimutengwende, Charles Linehan, Susan Sentler, Marina Collard and Sarah Blanc.

One body, reduced to the essential, brings itself to the limited space of the stage. Catarzi starts from the desire to rediscover what only the body can discover. Performed on a sound board created in collaboration with Massimiliano Calvetti, 40.000 centimetri quadrati allows constriction to bring adaptation and ideas to reside in movement itself, with its unconditional honesty.

Our sweetest songs are those that tell of saddest thought” (Percy Bysshe Shelley, 1820). Sikorski takes some relatively shit experiences and turns them into great entertainment. She will talk about sex, relationships, being young and the ups and downs of calling people 'dicks' (this show will include genital-based strong language).

‘Funkatronic luchadors’ Revenge of Calculon bring retro electro weirdness. If you like your left-field sci-fi funk music wrapped up in a neat bundle by two guys wearing Mexican wrestling masks and 80s tracksuits, this is the band for you.