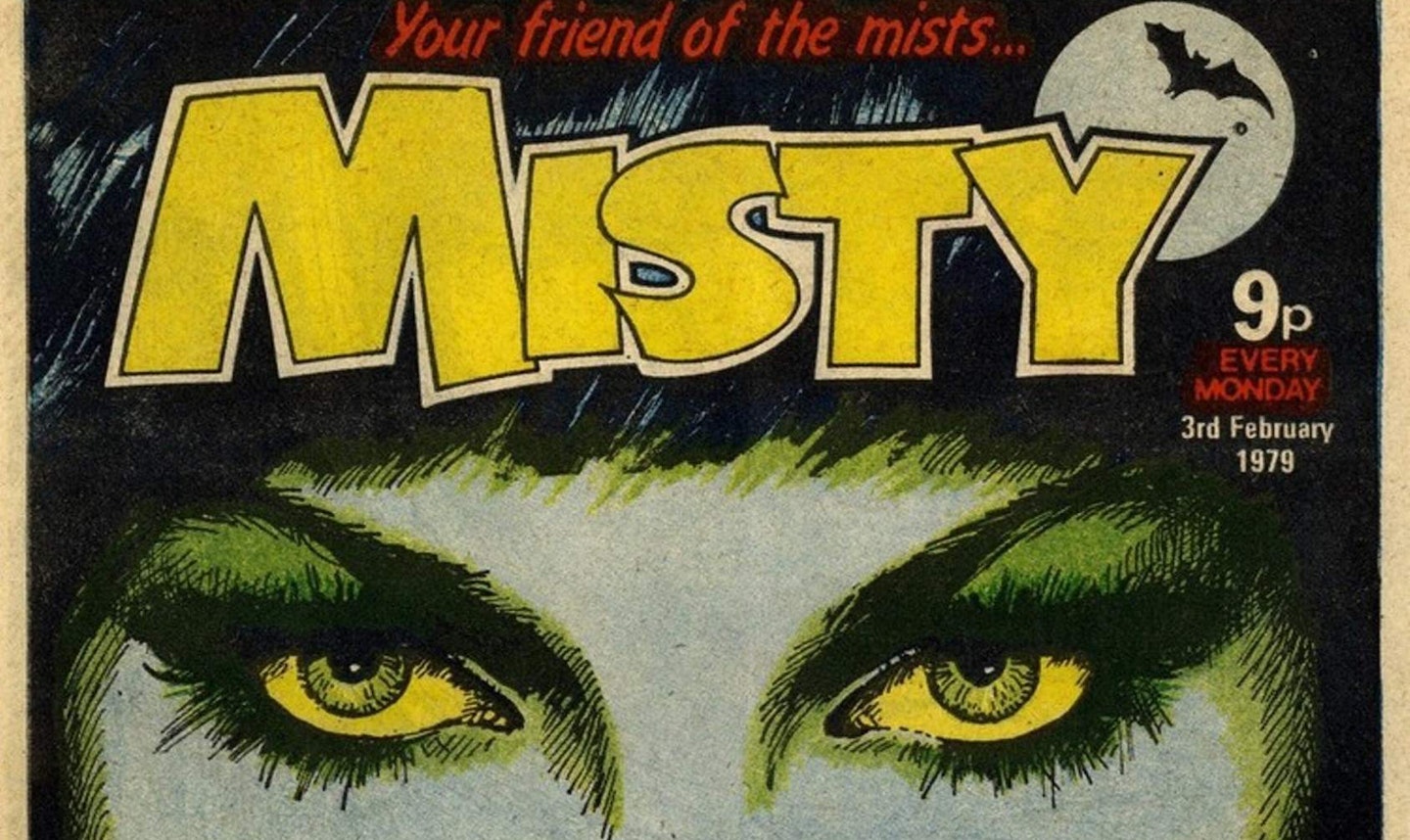 British comics dominated children’s entertainment in the UK in the last century but have been all but forgotten today. When they are remembered, it is often assumed that the boys’ titles were all about sports, space and war, while girls got stories about ponies, ballet and boarding schools. But nothing could be further from the truth! – these comics were not for the fainthearted and the girls’ titles in particular told many stories of outsider protagonists, psychological cruelty, isolation, and supernatural mystery.

Misty (IPC, 1978-80) is an important part of this lost history, whose stories included “Pacts with the devil, schoolgirl sacrifice, the ghosts of hanged girls, sinister cults, evil scientists experimenting on the innocent and terrifying parallel worlds where the Nazis won the Second World War.” (Guardian, 18 August 2012). This lecture will introduce students to Misty and its creators, explore the ways in which it draws on Gothic themes and archetypes, and argue that its combination of fairytale abstraction and psychological mystery constructs a particular type of ‘Gothic for Girls’.

I begin by giving some brief background to the rise of the British girls’ comics industry from the 1950s onwards, with a particular focus on spooky stories and horror host characters. I then look more closely at Misty’s inception and creation, and explore its evolution from a proposed horror vehicle into a supernatural mystery title. This cultural history discusses its aesthetic, Misty herself as host character, and the editorial changes that were made to proposed story content.

The second part of this talk digs more deeply into the Misty stories to explore their Gothic qualities, with particular reference to gender. It argues that Misty twists Gothic tropes into metaphors for the experiences of a female teenage audience: for example, through grotesque bodies, uncontrolled growth, and the exclusion of male characters. I also analyse Misty’s use of Female Gothic symbols (e.g. the double, the Other, mirrors, masks), and archetypes (e.g. witch, ghost, vampire).

The final part of this lecture contextualises Misty against 1970s children’s horror (TV, public information films) and the literary tradition of children’s Gothic. It argues that Misty combines Female Gothic tropes with fairy-tale markers to articulate a Gothic for Girls: an underexplored subgenre that constructs and acknowledges girlhood as an uncanny experience, interrogating expectations and reimagining its fears.

About the Instructor:
Julia Round is an award-winning writer and scholar whose research examines the intersections of Gothic, comics and children’s literature. Her books include Gothic for Girls: Misty and British Comics (2019, winner of the Broken Frontier Award for Best Book on Comics), Gothic in Comics and Graphic Novels: A Critical Approach (2014), and the co-edited collection Real Lives Celebrity Stories (2014). She is a Principal Lecturer at Bournemouth University, UK, co-editor of Studies in Comics journal (Intellect) and the book series Encapsulations (University of Nebraska Press), and co-organiser of the annual International Graphic Novel and Comics Conference (IGNCC). She shares her work at www.juliaround.com.