"Short Sighted Cinema may sound like it’s for people with fuzzy vision sat in the front row, but the eagle-eyed curators who run things there are known for spotting the best new short films around. " - Londonis

On June 21st, Short Sighted Cinema will host THE SHORTEST NIGHTS, an all-day celebration of short film. The event will launch 6 new cutting-edge programmes showcasing the work of very best filmmakers, with networking, workshops, panels and of course - beer, banter and a BBQ!

Throughout Summer 2015, THE SHORTEST NIGHTS will go on tour around the UK with music festivals, community cinemas and pop-ups. This is a one-off chance to see the films in the collections in London.

Short Sighted Cinema present the very best emerging British filmmakers with everything from animation to comedy, drama to documentary - with a gritty edge and a comic tone. We take our audiences on a journey through each theme, with highs and lows that will bring you to tears, inspire you and leave you laughing with joy. 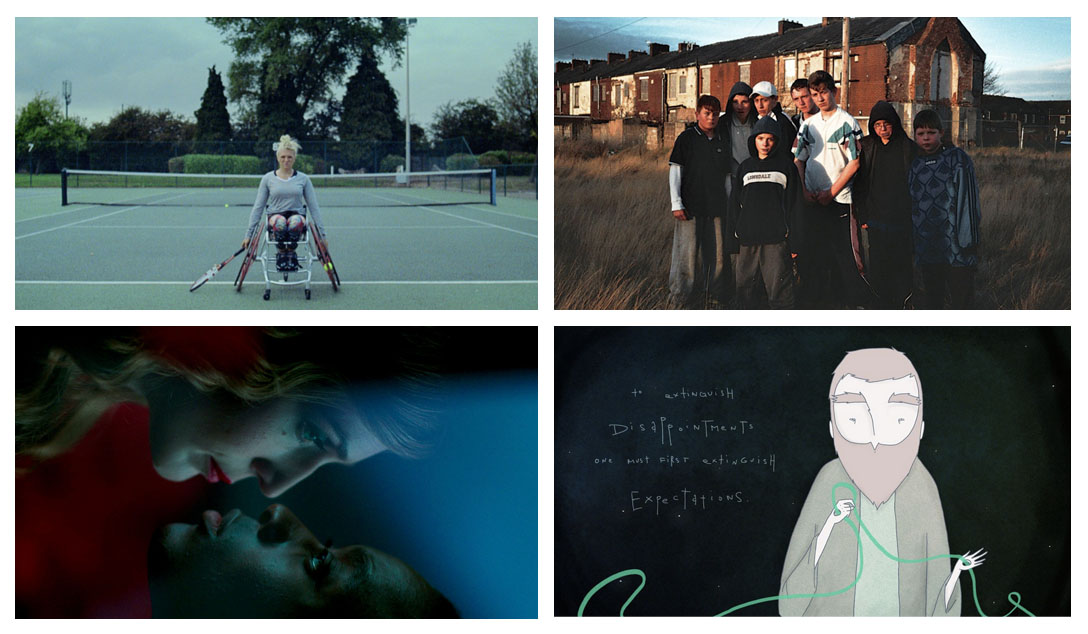 DAY PASSES: £25. Tickets include entry to ALL screenings and events across the day, including guest panel discussions, networking and more.

A programme of animation that explores the fun and the fouls of human experience and our evolving relationship with technology.

A varied programme of films that explore the many natures of the modern female.

4pm // OUTSIDE LOOKING IN

Stories of the lonely, the powerless and the passers by. A powerful selection of short dramas that explore life looking in from the outskirts of British society.

Masculinity is open to exploration in this programme that delves into the many facets of identifying as male.

Who needs a briefcase when you've got a gun?
Gangsters, spies, coppers and chancers get to work in this fun and thrilling selection of films that turn the 9-5 on its head!

A stunning selection of films that explore lust, longing and loss in a powerful explosion of the senses.

A comedy-horror programme that might actually split your sides open!
Adult humour, guts, gore, and loads of late night fun.

Short Sighted Cinema is a short film initiative founded by Kate Williamson and Gem Carmella. We host regular screening events around London, curating programmes that showcase emerging and established filmmakers alike. We work continuously with festivals, charities, councils and community cinemas to bring new audiences to short film under the umbrella of #MoreShortFilm.