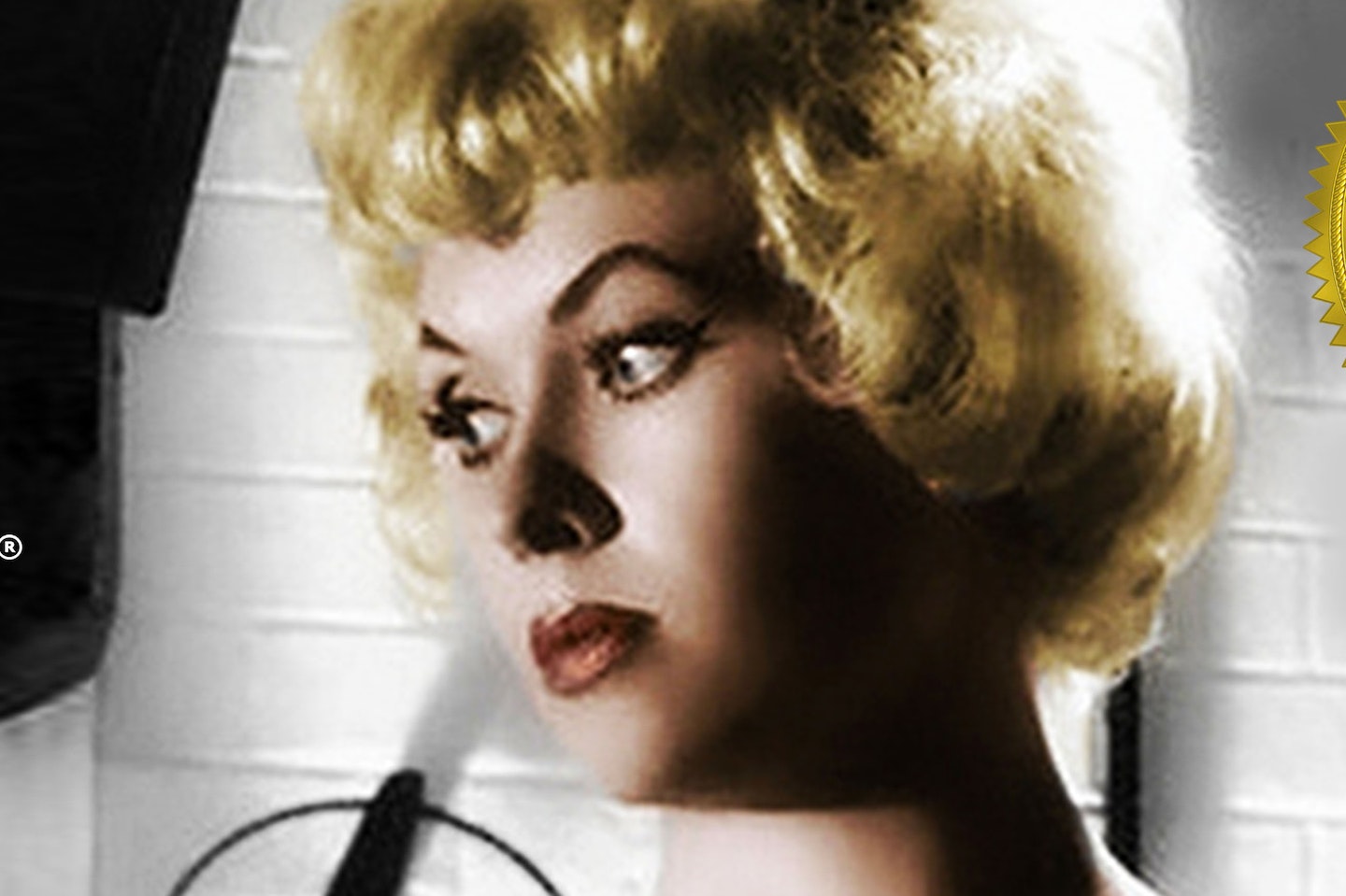 The Misty Moon Film Society is so proud to welcome back one of their favourite guests, the wonderful Vera Day on Saturday the 28th November.

Dubbed the original blonde bombshell Vera Day began her show business career at age 19 when she auditioned for Wish You Were Here, an American-financed stage musical for which she admits she was hired less for her musical talent than for the way she filled out a bikini. It was during the run of Wish You Were Here that she was discovered by Val Guest, who cast her in an uncredited role in his 1954 drama Dance, Little Lady. From there she made appearances in John Guillermin’s Shop Spoiled (1954) and Carol Reed’s A Kid for Two Farthings (1955).

But it was the second half of the '50s that would prove to be Vera’s most active period as a screen actress. 1957 saw the release of her most widely-known movies, The Prince and the Showgirl, directed by Laurence Olivier, and, of course, the movie for which she is ranked among Hammer’s scream queens for 2012, Quatermass II: Enemy from Space, where she would once again be directed by Guest.

In 1958 Vera Day also starred in notable genre films like The Haunted Strangler, Up the Creek and The Woman Eater, but by the early ‘60s, after a few more less-than-memorable appearances in movies in British TV, her career in films took a backseat to domestic life after she married photographer Terry O’Neill (himself later married to Faye Dunaway) and had two children with him.

After a 34-year absence Vera made a welcome return in Guy Ritchie’s Lock, Stock and Two Smoking Barrels. Her most recent feature was 2007’s The Riddle, in which she fills out an eccentric cast comprised of her Smoking Barrels costar Vinnie Jones, Derek Jacobi, Julie Cox, Vanessa Redgrave, Jason Fleming and Mel Smith.

Vera will be taking part in a Q&A with Misty Moon's MC Chris Collins who is a personal friend of Vera. There will also be an opportunity for the audience to ask Vera questions.

Vera will be taking part in a paid signing after the Q&A.