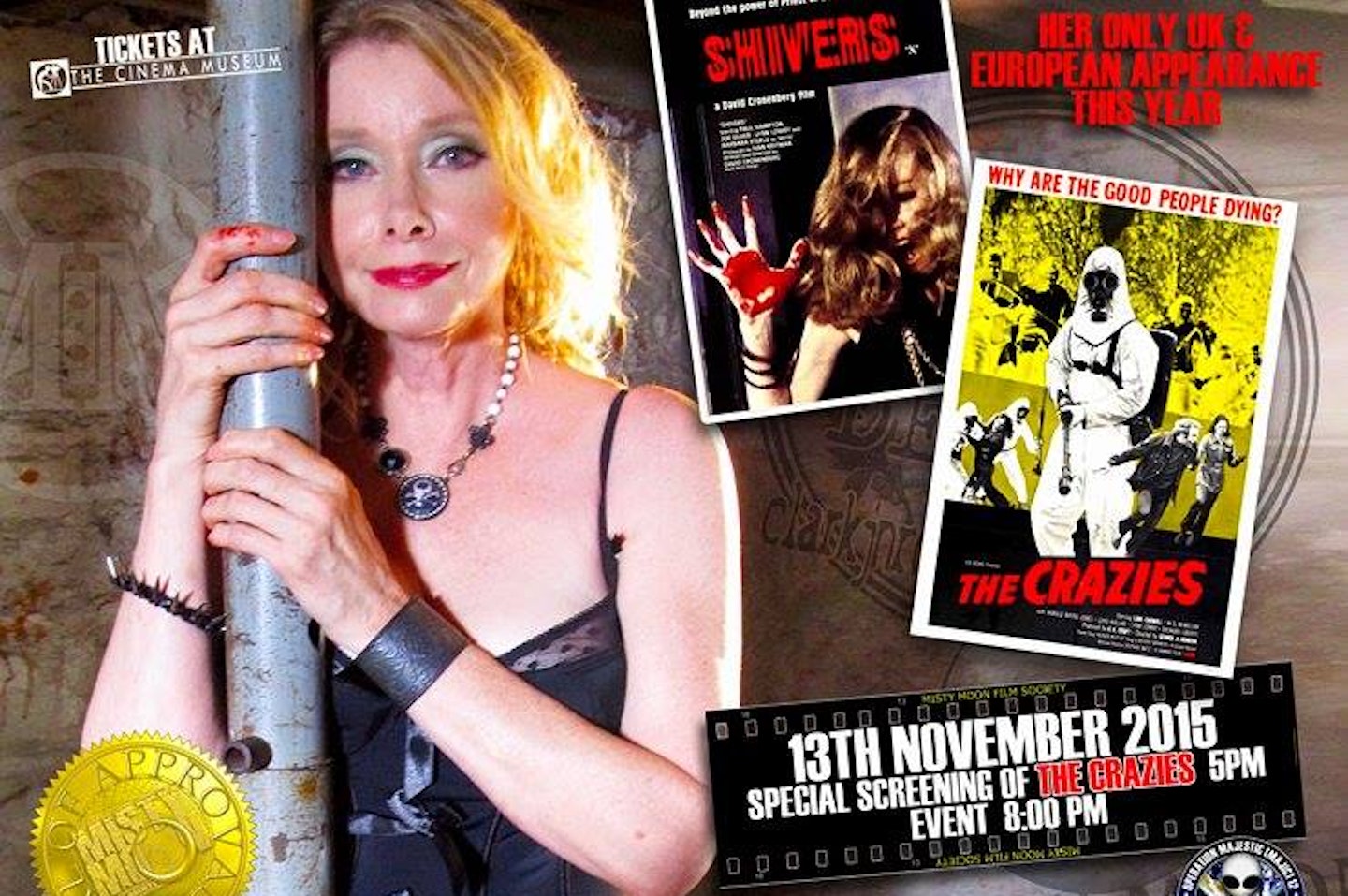 The Misty Moon Film Society are proud to present An Audience With Lynn Lowry, in her only UK appearance this year.

Lynn Lowry was born in East St. Louis, Illinois and was raised in Atlanta, Georgia.

Her first film appearance was I Drink Your Blood in 1970. She appeared in two key 1970s horror films, George A. Romero's The Crazies in 1973 and David Cronenberg's Shivers in 1974, followed by a sixteen-month role as the adulterer-heroine Sandra on NBC's short-lived soap opera How to Survive a Marriage, as well as a brief part on the daytime serial Another World.

Lynn was also one of the two female leads in Radley Metzger's film Score (1974).

Lynn will be taking part in a Q&A with Misty Moon's MC Chris Collins and will be talking about her career. During the Q&A there will be a special screening of Lynn's new film "The Peripheral". She will be performing 'live' her performance in "The Whole Town Is Sleeping".

Lynn will also be holding a paid signing after the Q&A.