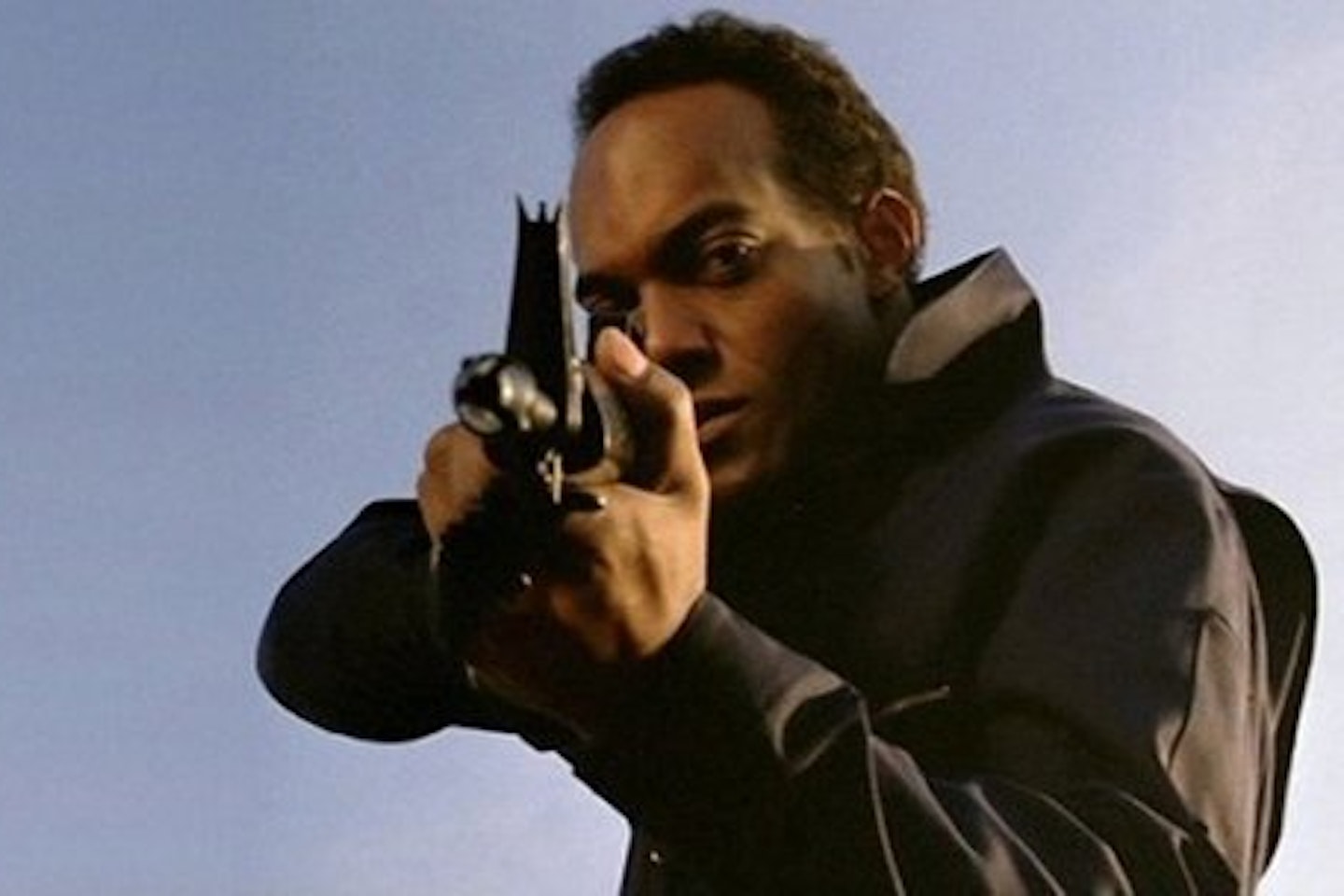 Born in Indiana, Ken Foree has been scaring us on the big screen for years! Perhaps his most famous role is that of Peter Washington in George Romero's 1978 classic horror film 'Dawn of the Dead'.

Ken's story begins in a not so typical way; in the summer of 1974 he opened a photography studio in Manhattan. Three months later, the studio was broken into and he was robbed of everything. Ken was trying to figure out his next move when a few days later, he bumped into an actress friend who was on her way to an audition for the off-Broadway production of James Baldwin's 'Blues for Mr. Charlie'. They chatted for a minute and she asked him to come along with her. Well, it wasn't as if he had anything else planned so he did. The director asked him to audition for the play and he landed the lead role! After six weeks of rehearsals he was hooked on acting.

Shortly after that he landed roles in the film 'The Bingo Long Traveling All-Stars and Motor Kings' opposite Richard Pryor and James Earl Jones, and a guest starring role on TV's 'Kojak'. To make proverbial ends meet, he took a position as an assistant manager for a restaurant in Greenwich Village, New York while he was also trying to perfect his craft by doing off-Broadway theatre at La Mama. One day, an actor friend told him about an audition that he might be right for on a new indie horror picture that was generating a lot of under-ground buzz. He called, went in and landed the role of Peter Washington in George A. Romero's 1978 classic, Dawn of the Dead, which proved to be a cult classic and in 2008 will mark it's 30th anniversary and remains as popular as ever.

In the 2004 Universal Pictures remake, Ken reprised his role of Peter Washington (The Televangelist) and the film continued its streak of winning success.

While he is most widely known for his work in the last two installments of Dawn, he has quite a few other horror films to his credit which include, The Dentist, Sleepstalker, Joshua Tree, Hangfire, Night of the Warrior, and Texas Chainsaw Massacre 3, to name but a few.

Ken will be taking part Horrorcon UK in Sheffield on the 11th and 12th July.

Ken will be talking about his career with Misty Moon's regular MC Chris Collins.

Ken will also be taking part in a paid signing after the event. For more details go to www.mistymoonfilmsociety.com