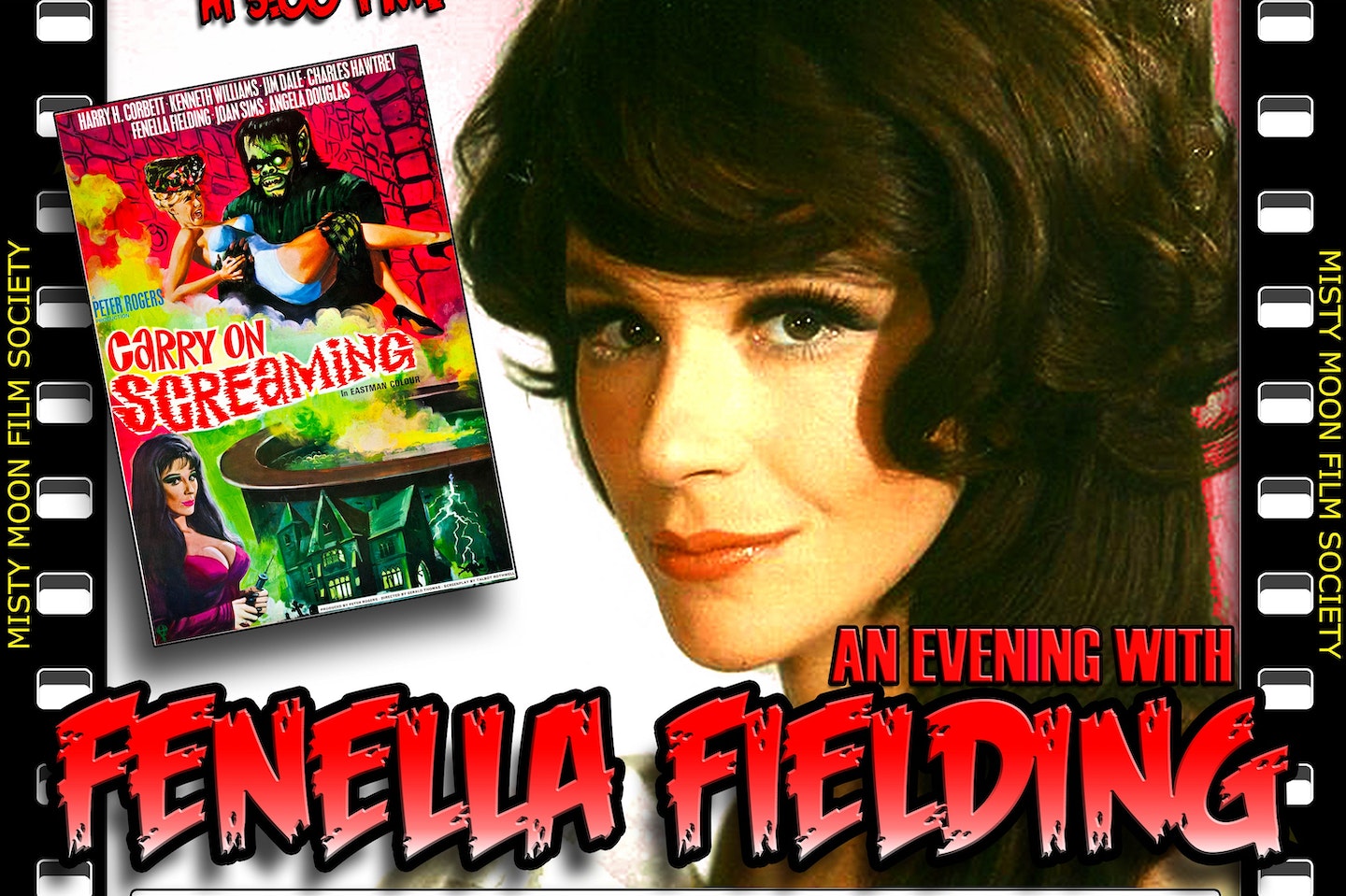 Fenella Fielding's film appearances began in 1959 with Sapphire. Subsequent titles include Foxhole In Cairo (1960), Old Dark House (1963) and then a run of very successful comedy roles: various 'Doctor' films – most notably as Tatiana Rubikov in Doctor in Clover (1966) – Carry On Regardless (1961) and of course her iconic Valeria Watt in Carry On Screaming (1966). This was followed by a role in the big MGM production, Drop Dead Darling (1966), starring Tony Curtis.

Join Fenella as she talks about her remarkable career in film, theatre, TV and radio, with a particular focus on her famous and eclectic film roles.

To make this evening a complete Fenella extravaganza you can attend a 5pm screening of Carry On Screaming (separate ticket required). Also, for one evening only, some of Fenella's personal memorabilia from her film career will be on display.

The evening will be hosted by Trevor Blackman of Break London Radio.