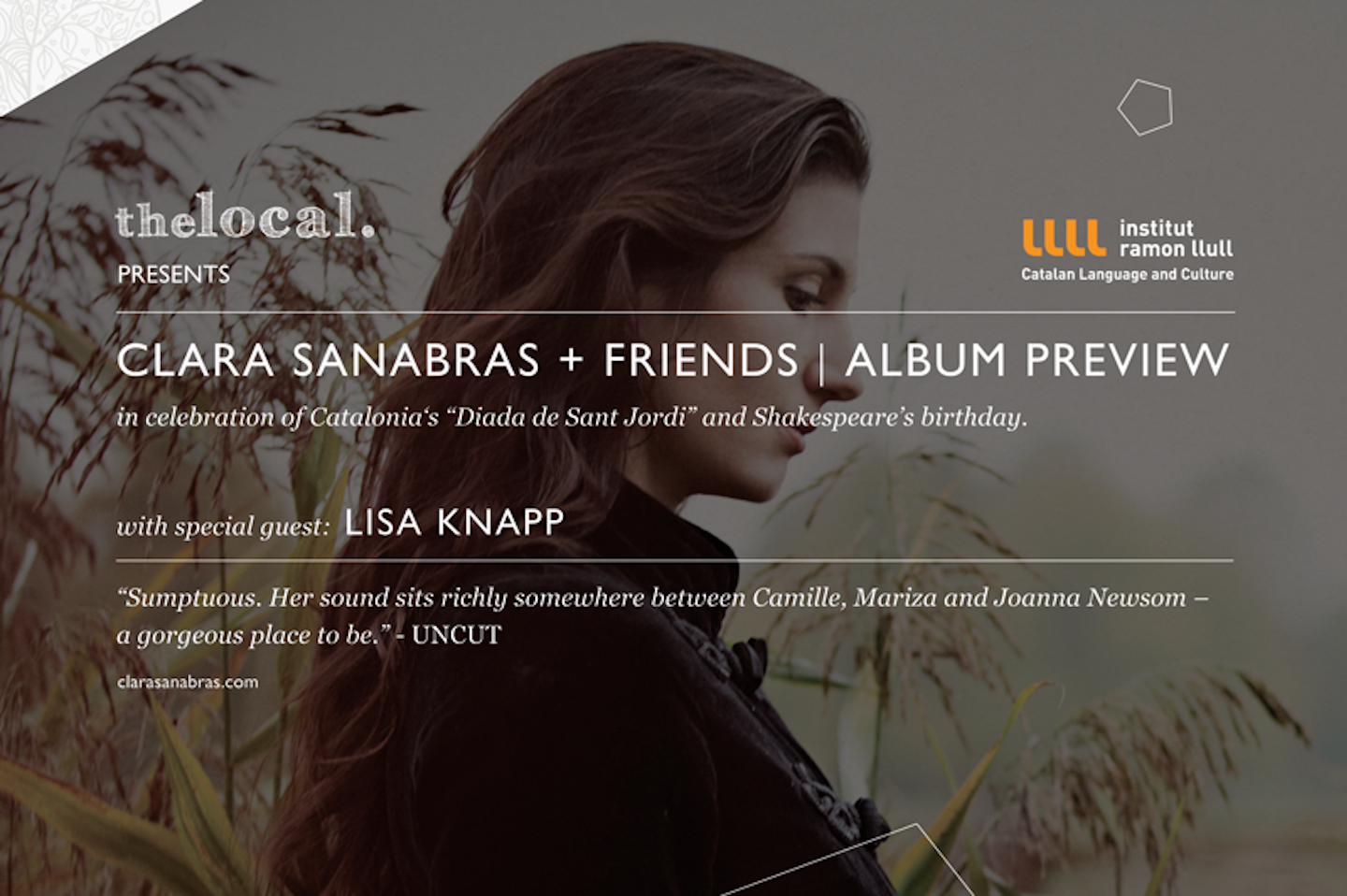 Sioux and Gypsy blood runs through Clara’s veins. She was born in France, raised in Barcelona, and has grown after a lengthy tenure in the metropolis, into a Londoner. Her enigmatic voice and multi-instrumentalism feature in top Hollywood soundtracks such as The Hobbit, The Hunger Games, Snow White and The Huntsman, The Lord of The Rings in Concert. Her unmistakable sound, striking stage presence and songwriting talent make her a versatile and sought-after artist.

In an impressive back catalogue of recordings, theatre and screen credits, Clara Sanabras has appeared at many international festivals & venues, from Glastonbury to Sydney Opera House and collaborated with artists from all disciplines including Jarvis Cocker, James Horner (Titanic), Nigel Kennedy,The Count & Sinden, Natacha Atlas, Nizlopi, The Ukelele Orchestra of Great Britain, 21st century orchestra, Cobla Sant Jordi She has acted at the National Theatre and The Globe appeared on screen alongside Al Pacino in The Merchant of Venice movie (Mike Radford 2004), on radio with Bill Nighy, in concert under the guidance of Karlheinz Stockhausen, the forefather of electronica.

She is also the featured vocalist in Simon Schama’s recent BBC2 documentary “The Story of the Jews” and her song “Nada Igual”, as heard in “La Reina del Sur” was no. 1 in the iTunes charts of Mexico.

With her forthcoming 4th album, produced by Harvey Brough (Harvey and the Wallbangers) and recorded by Peter Schwier (Dexys) she returns to her roots with an elegy to exile, told in Spanish, Catalan, French and English. "Scattered Flight" - Songs of Spanish Exile, features stellar guests including Eliseo Parra, Cobla Sant Jordi, The Elysian Quartet, and will be released in 2014.