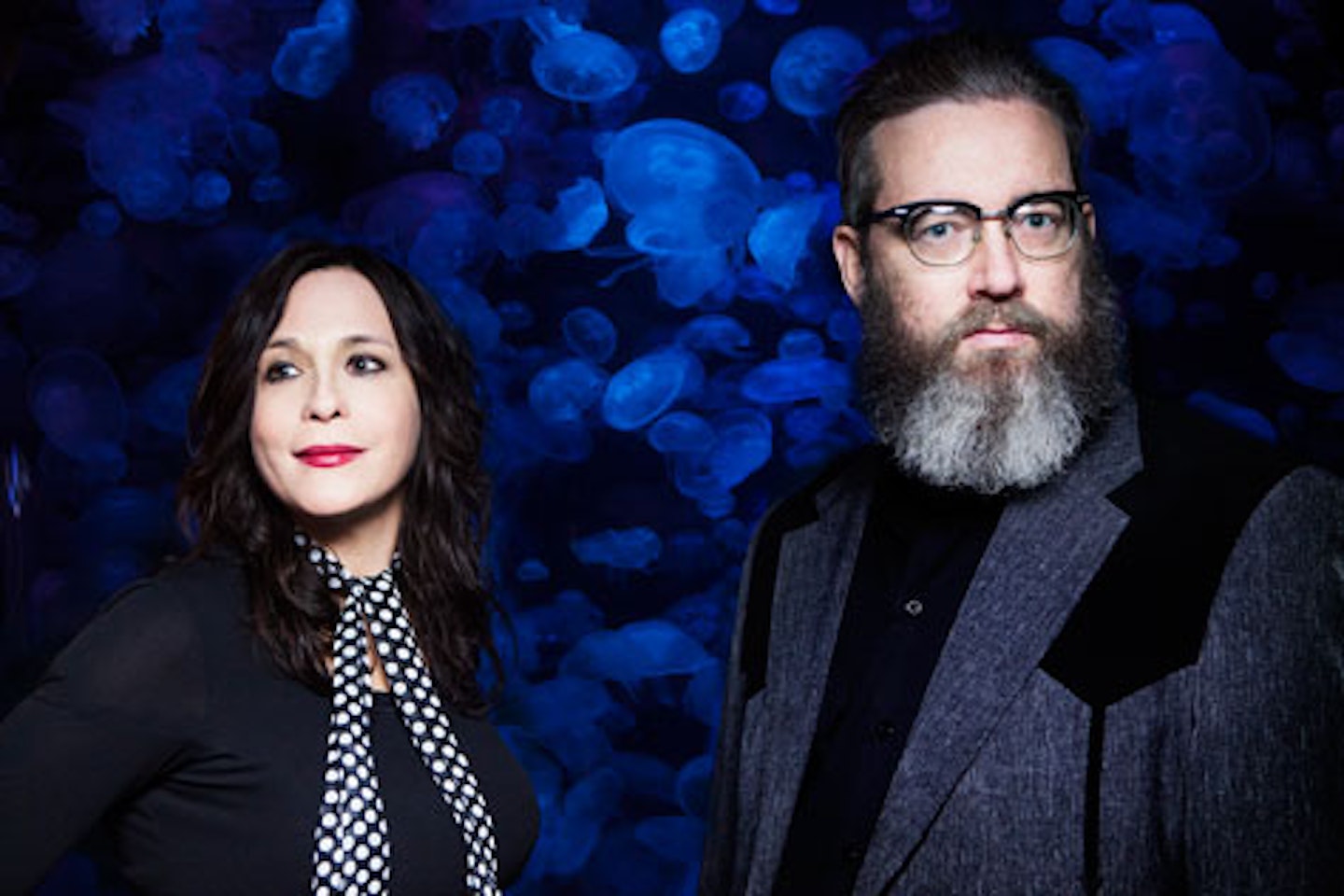 Due to exceptional demand, The Handsome Family's upcoming show on 9 May has been upgraded to Gorilla, the Deaf Institute's sister venue on Whitworth Street. All original tickets remain valid - but please note the new slightly earlier start time.

Wild animals, tall tales, and folk-lore from American history populate Wilderness, the ninth studio album from New Mexico’s Handsome Family. Recorded at home in Albuquerque and at the Wilco Loft in Chicago, it’s a record that finds husband and wife duo Brett and Rennie Sparks blending Appalachian holler, psych-rock and Tin Pan Alley-inspired melodies to conjure up a world where David Attenborough meets David Lynch in a honky-tonk bar at midnight.

The album explores the little-known enigmas of the natural world: immortal jellyfish, woodpecker tongues, dancing octopi, fly royalty, the secret language of crows, and mysterious ant spirals. Elsewhere we discover why the Sparks never take seaside vacations and learn all about compulsive window-smasher Mary Sweeney. It’s classic Handsome Family territory: twisted tales of the unexpected that may raise a smile but will also, thanks to Rennie’s knack for spinning a good yarn, leave you ever so slightly unsettled. But it’s not only the narrative that draws you deep into this zoological wonderland. From the opening bars of Flies to the album’s closer Wildebeest – a parlour-piano led hymn that somehow successfully manages to bring together Stephen Foster, hungry crocodiles and the unity of the wildebeest herd – Brett Sparks lays bear a succession of deceptively simple melodies and dexterous instrumentation that combine with his wife’s lyrics to a startlingly haunting effect and are delivered with a voice that glides between a Cash-like timbre and a southern high and lonesome plea.

And what songs they are. They have been feted by the likes of Ringo Starr and covered by artists including Jeff Tweedy, Cerys Matthews, Christy Moore and Andrew Bird. In a career that spans 20 years they’ve toured the world in their own charmingly DIY fashion – one car, one hotel room, one stage…. night after night after night – and in that time they’ve performed as a duo, with a band and have had onstage collaborations with such folk-royalty as Eliza Carthy, country legend Charlie Louvin and indie-kings like Nick Cave and Jarvis Cocker. In each and every instance they’ve more than held their own, thanks in the main to their songs – a series of unique and wondrous compositions that, as Jeff Tweedy once said, are the ‘product of two beautiful brains’.