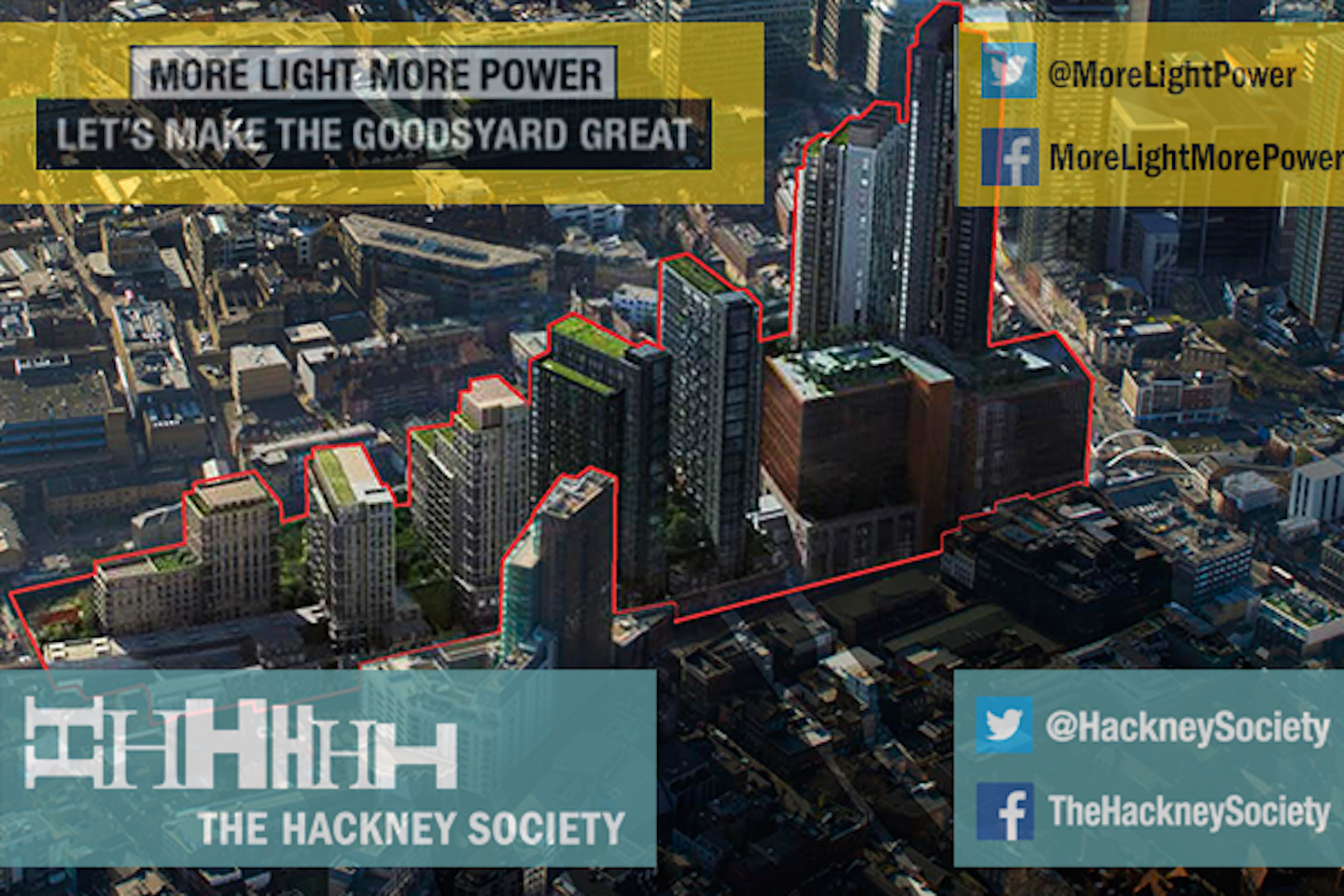 The Hackney Society and More Light More Power in association with Shoreditch Church hosts a debate on current proposals for the Bishopsgate Goodsyard.

A hugely controversial scheme by Hammerson and Ballymore to redevelop the Bishopsgate Goodsyard was, until recently, being considered by Tower Hamlets and Hackney councils, over whose border the site straddles. In September, after revisions and months of negotiations, the Greater London Assembly "called-in" the scheme, taking the decision away from the councils and in to the hands of the Mayor of London, Boris Johnson.

The Mayor of Tower Hamlets, John Biggs and the Mayor of Hackney, Jules Pipe have both been strongly critical of the proposals and Boris Johnson's decision to call-in the scheme, and will make their case at a public, question time style debate at Shoreditch Church. They hope to make Boris Johnson, who has previously praised the scheme, see the light and recognise the scheme's flaws. The developers and GLA have so-far declined our invitation to share the platform and defend the scheme and the decision to call it in.

All are welcome and booking is not necessary, but it will be helpful for planning if you sign up using the 'GET TICKETS' link above.

EXHIBITION: Running alongside the debate is a free exhibition BAD GOODS YARD? featuring the work of artists Gram Hilleard and The Artist of the Ant. It runs from noon-2pm daily between 12-30 November 2015 in the north and south Galleries of Shoreditch Church.

If you wish to ask a question (which will be posed in your name by the chair), please email it to BorisSeeTheLight@hackneysociety.org, otherwise the chair will open the debate to the floor for related points after speakers have addressed each question.