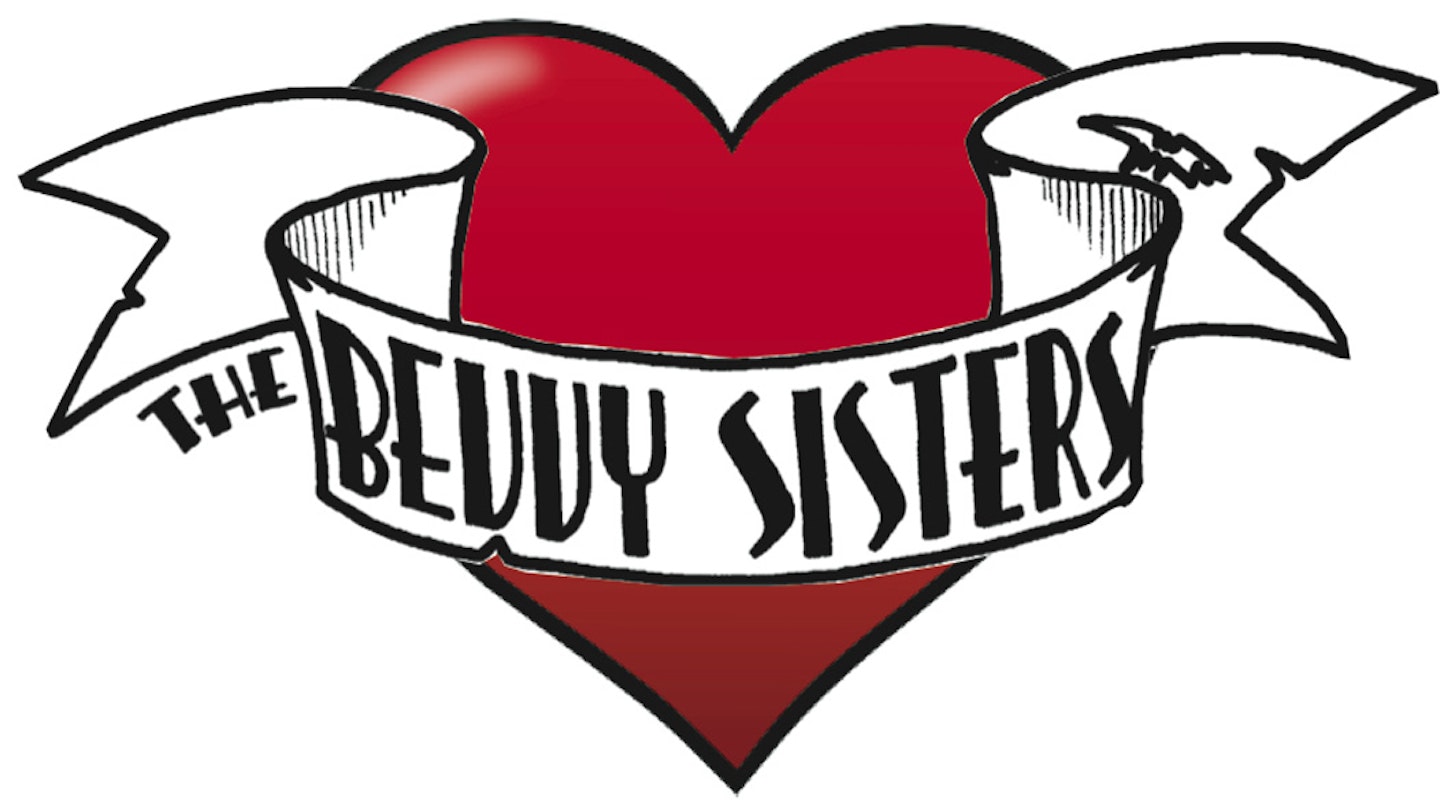 Formed in Scotland a decade or so ago, The Bevvy Sisters are in many ways a classic sister-act of a kind that can be traced from the Boswell Sisters right through to the Pointer Sisters.  The Bevvy’s music envelopes multiple stylings, including jazz and swing, folk and gospel, and they move effortlessly from one to the other, mixing in original numbers ensuring that they are in no way a heritage act but a contemporary take on a much-loved form.

The Bevvy Sisters have had many career highlights. Their debut album St James Sessions was launched with a sold-out show at Glasgow’s world-famous Celtic Connections festival in 2010, Plan B, the group’s second album arrived in 2014 to sold out shows in Edinburgh, Glasgow and London.  Besides headline appearances at as many genres of festivals as they cover themselves musically, The Bevvy Sisters have arranged and performed backing vocals with English folk star Eliza Carthy, Scottish super-trio Lau, Eddi Reader and Karine Polwart. Billed as the BVs, they were also part of Dick Gaughan's regular band. To celebrate their first ten years, The Bevvy Sisters organized two very special shows – one at the Edinburgh Jazz & Blues Festival and the other at Celtic Connections.

Over the years the line-up has undergone some changes but original members Heather Macleod, Gina Rae and David Donnelly ensure the original flame is well tended and now they are joined by another great singer, Louise Murphy, who has shared stages with among others sharing stages with Boy George, Mark Ronson and The Magnets. Special mention should go to ‘sister’ David Donnelly (ex-Salsa Celtica/Finlay Quaye), who frames and underpins the sorority’s sound with brilliantly taut, inventive guitar and mandolin work, plus the odd basso profundo counter-harmony.

The Wild Hare Club has been hosting one-off live events since in and around Hereford since 2005 - to find out more, please visit the website and be sure to add your name to the mailing list.

Babar Cafe has fast established itself as a vibrant cultural hub in the centre of Hereford hosting a fabulous variety of events frequented by a mixed and friendly crowd.

Richard Page
Follow
Contact
The Wild Hare Club has been hosting occasional live music and other events using a wide variety of venues in the city of Hereford and the surrounding countryside since 2005. More information can be found at www.wildhareclub.com