This is the second in our series of Celebratory Pop Ups at Palm2.

Nights of fine food, magical cocktails, music and projections set in the rustic laid back kitchen upstairs at Palm2.

This chef team met at Le cordon Bleu where they studied the art of french cuisine. Since then India Hamilton has been developing her skills in restaurants such as the Wapping project and the Windsor castle and Peter Rameson has expanded his kitchen to include equipment that reflects the most exciting professional kitchens in order to push his understanding of modernist cuisine. Sereen Ford is an exciting new mixologist who’s imagination of infusions couple with a knowledge of cooking brings a twist to the team. 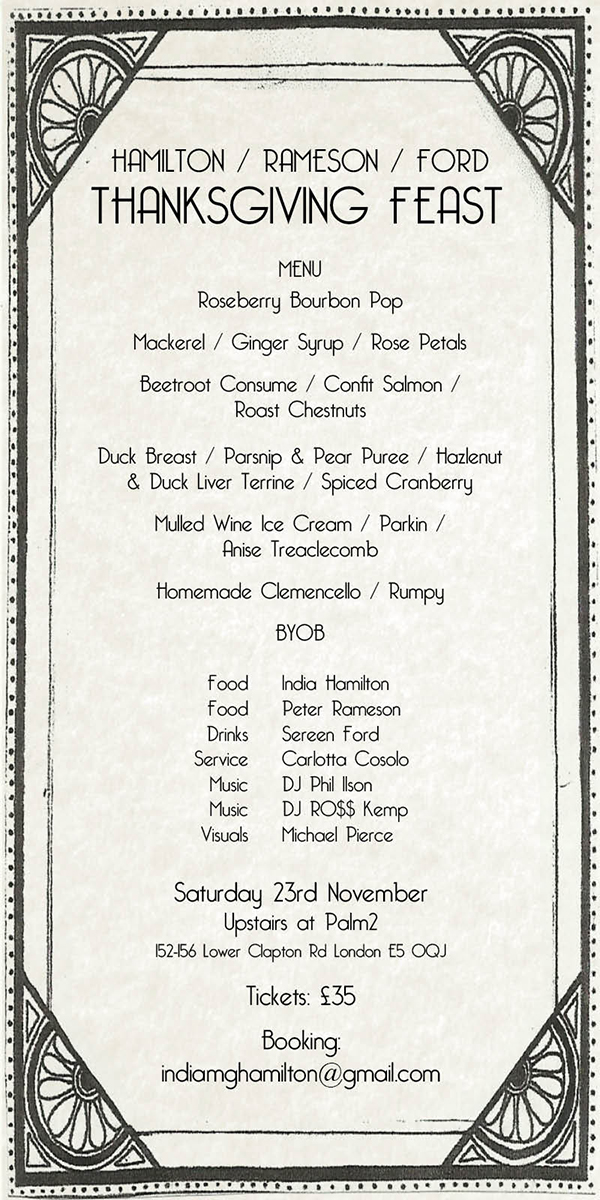