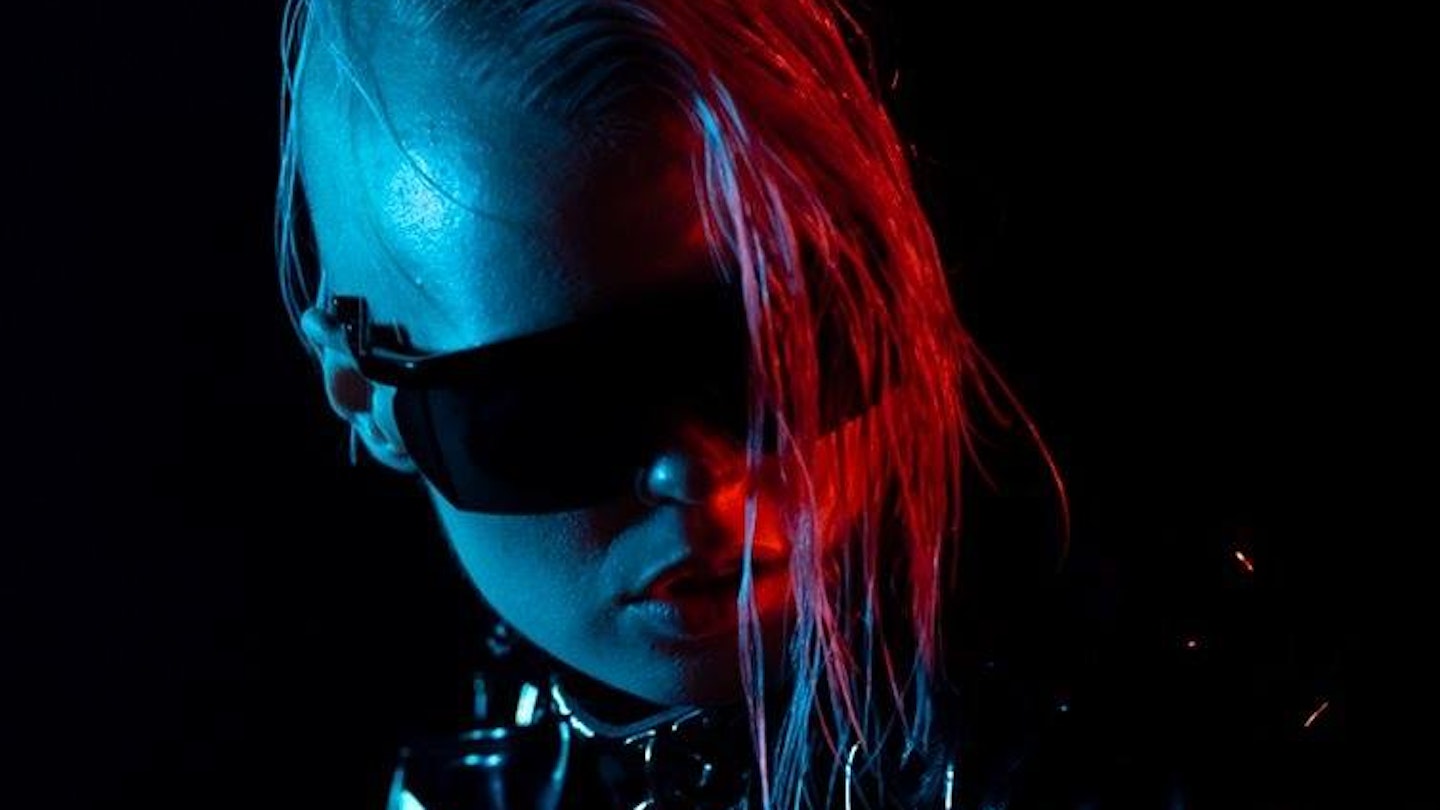 REIN (SE) - The ruling Queen of Electronic Body Music makes her first visit to London to present her tough, danceable line of heavy beats and rhymes.

+ KOMPUTER - Mute recording artists, who grew from I Start Counting and Fortran 5.

+ IMI - One of the UK's rising stars, IMI recalls the ethereal qualities of Goldfrapp.

In Sweden’s most prestigious daily newspaper, Dagens nyheter, culture critic Fredrik Strage named Rein as the performer of one of his top 100 songs of the 2010s.

"Rein has more attitude than any other Swedish debut this year. […] When Rein plays the primitive, belting “Born To Die,” all other music feels meaningless."

In 2017, Rein was featured on the Swedish awards show, P3 guld galan, where she was nominated for “Newcomer of the Year" and "Dance Act of the Year.” The event is organised by Sveriges Radio P3, a popular radio channel equivalent to the BBC.

Rein has appeared at the SubKult Festival in Sweden, the W Festival in Belgium, and festivals in the Netherlands, Belgium, Norway and Hungary.

Collaborating since 1982, Leonard and Baker were originally signed to Mute Records in 1984 under the name I Start Counting and continued with releases under the moniker Fortran 5 until the release of Komputer’s debut album, The World of Tomorrow in (1998).

Simon Leonard and David Baker originally met at Middlesex University where they DJed together and, in 1982 began to collaborate on an electronic pop project, I Start Counting. Both had an abiding affection for pop music as well as a deep love of music in general, although Leonard specialised more in technology and David's bias was on the musical side. I Start Counting released two albums, and, in 1987, supported Erasure on a European tour.

In 1990, the new material they were working on was sounding quite different from their electropop roots and it was decided that a new name, Fortran 5, would give the new dance/techno style a completely fresh start. The duo also began to collaborate with a number of other artists including DJ Colin Faver, Thrash of The Orb, Rod Slater of the Bonzos and Neil Arthur of Blancmange. Remixes were provided by the likes of Vince Clarke, Moby, Joey Negro, David Holmes and Pascal Gabriel, while the duo supplied remixes for other artists including Erasure, Inspiral Carpets and Laibach.

David and Simon then reacted to the tedium of mid 90's indie guitar music by returning to their Kraftwerk inspired roots which again provoked a name change. The band takes samples from a variety of sources: from Russian cosmonauts to rubbish compactors and mobile phone ringtones.

Komputer's first releases, the Komputer EP and the subsequent album The World of Tomorrow; were a respectful homage to the duo's German electronic heroes. Later material saw Komputer absorbing a much wider variety of influences and creating their own unique style of English electronic pop/folk music.

The duo never performed live as Fortran 5, but from the earliest days as Komputer, live shows were very important, leading to many performances all over Europe, most recently appearing at the Short Circuit presents Mute festival at London’s Roundhouse.

For Synthetik, the band’s third album, the music gradually evolved over a long period of time, tracks were tried out in live sets then discarded or reworked in the studio, maturing into a return to the more traditional electro sound of the first album, The World of Tomorrow, with the incorporation of a more experimental and contemporary electronica approach.

IMI's recent performance at The Finsbury was caught by The Electricity Club. Their stellar review is here: http://www.electricityclub.co....

DJ Memorabilia (SE) will provide a sample of the best electronic beats. Your host for the evening is MC Deb Danahay.

Event details subject to change. Refunds only on cancellation of the event. 18+ only. Please note that ID acceptable to the venue must be presented on the night or admission may be refused.