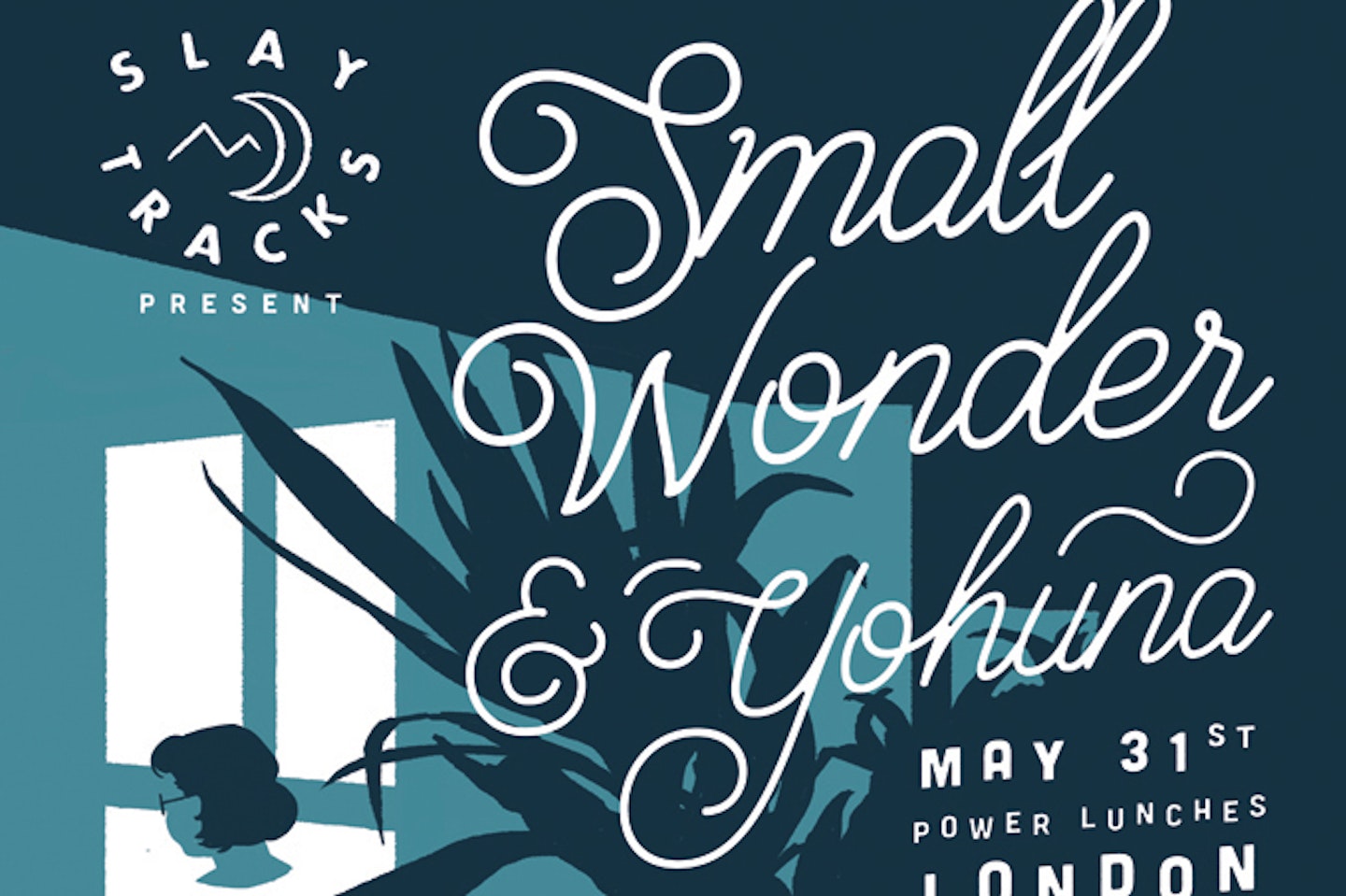 Slay Tracks are honoured and excited to present two of the most inspiring and talented musicians in the world, Small Wonder and Yohuna at Power Lunches in Dalston.

Small Wonder is Henry Crawford from Brooklyn, New York. In 2014 he released one of the best records of the year titled 'Wendy' through the brilliant Father/Daughter Records.

Yohuna is the moniker of Johanne Swanson from Eau Claire, Wisconsin via Berlin where she currently lives. As well as a handful of excellent EPs and splits, her song 'Badges' featured on Orchid Tapes 'Boring Ecstasy: The Bedroom Pop of Orchid Tapes' compilation last year.

This is an incredibly rare opportunity to see two of the best songwriters around right now. We're extremely proud to bring this really rare show to London. Have a listen to both Small Wonder and Yohuna's fantastic back catalogue: