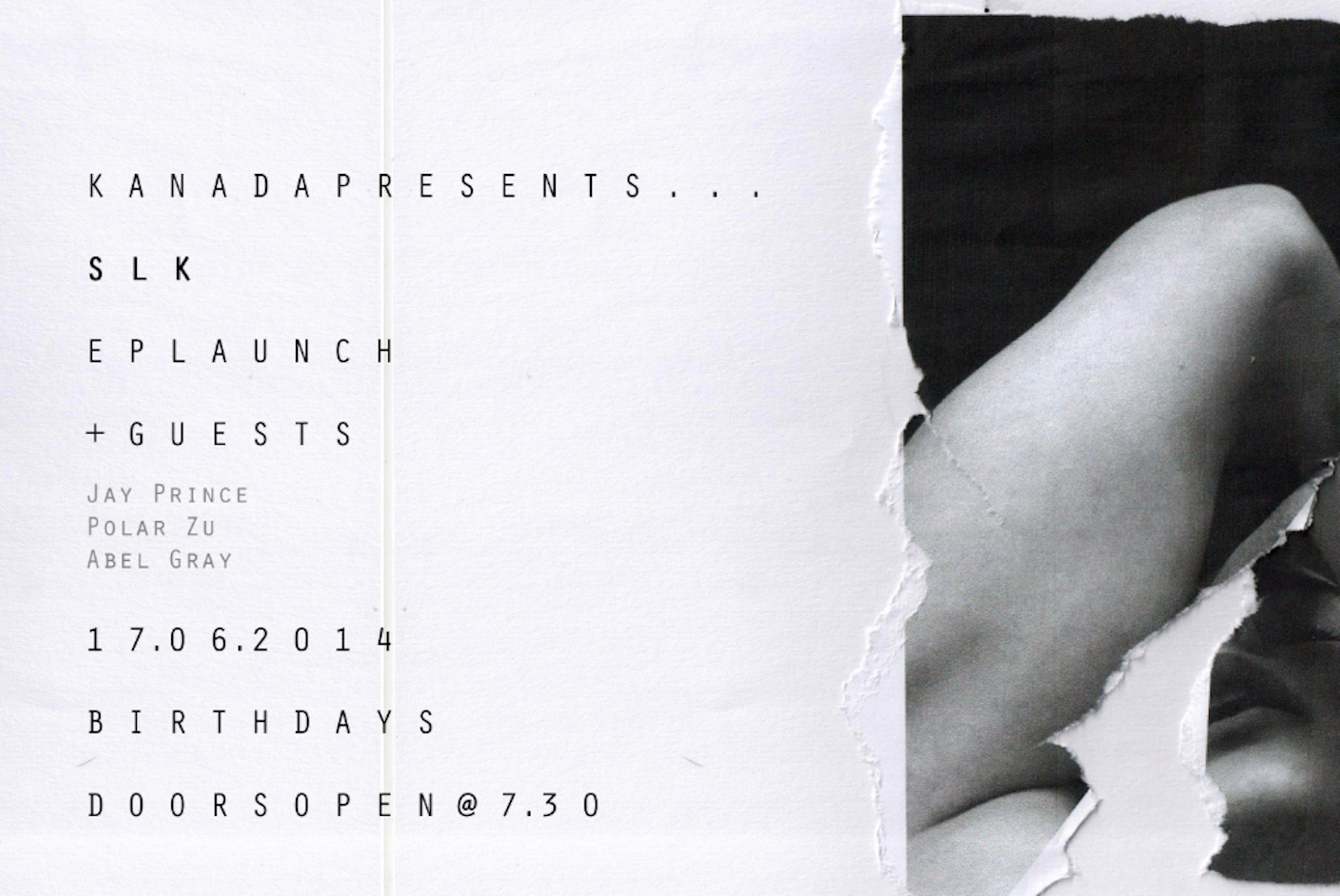 Tickets are £4 in advance are on sale now from Billetto or more on the door on the night.

TICKETS ONLINE HERE in order to get onto the Glist: http://billetto.co.uk/slk---ep-launch

One such artist hoping to break 2014 is SLK (pronounced 'silk'), a London-based singer-songwriter with a penchant for eclectic coupled with smoky Soul Music. Following the positive response to her singles ‘Ride’and ‘Be.’ SLK offers up another rich auditory landscape that is for the audience to interpret.

Being brought up in a Art Design background. Creativity has always been a core focus in SLK. In 2013, she joined forces with up and coming producer Embody to create her first EP 'Form.' which will be released in May 2014.

You can expect more music, more shows and more visuals from SLK!

SLK will be joined by

Jay Prince is a 20-year-old unsigned Hip Hop recording artist and music producer from East London. His style has been described as a chilled and mellow nostalgic vibe, bringing a combination of complex poetic lyrics and flow to his music with influences of 90’s US Hip Hop and Hip Hop from today.

Danglo is fast rising talent in the exploding UK bass scene having turned plenty of heads with his first two EPs. Drawing favourable comparisons with the likes of SBTRKT, Four Tet and Jacques Greene for his hybrid sound

Paranoia and confidence never got into bed together sounding so melodic. South London based four piece Polar Zu combine smart lyrics, blistering rhythms and acoustics soul to create a soundtrack to the undeniable.