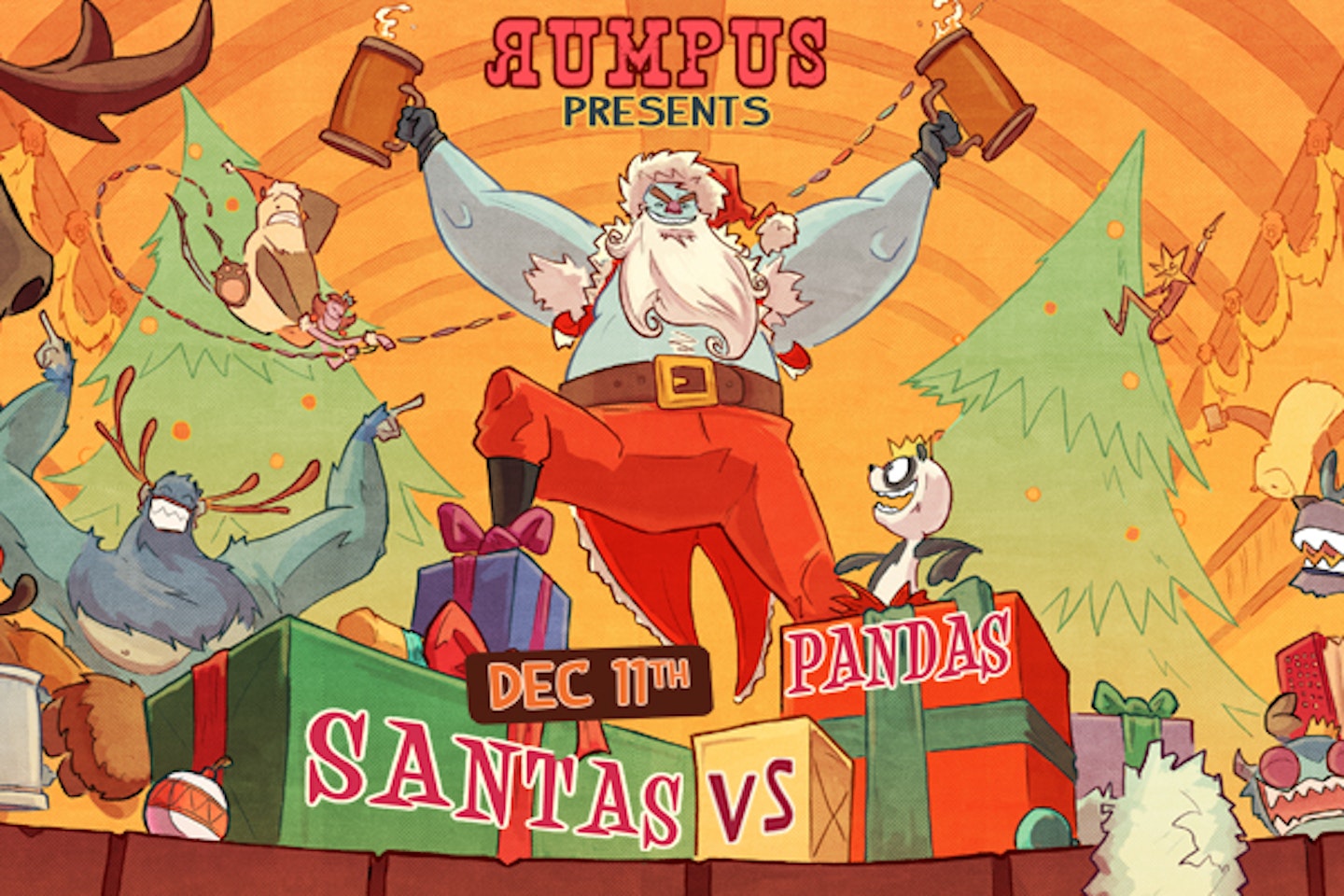 Tickets on sale at 12:00pm on Thursday 19th November

Prepare your ears to tingle at the tinkle of our Santa v Panda playlist on Soundcloud. 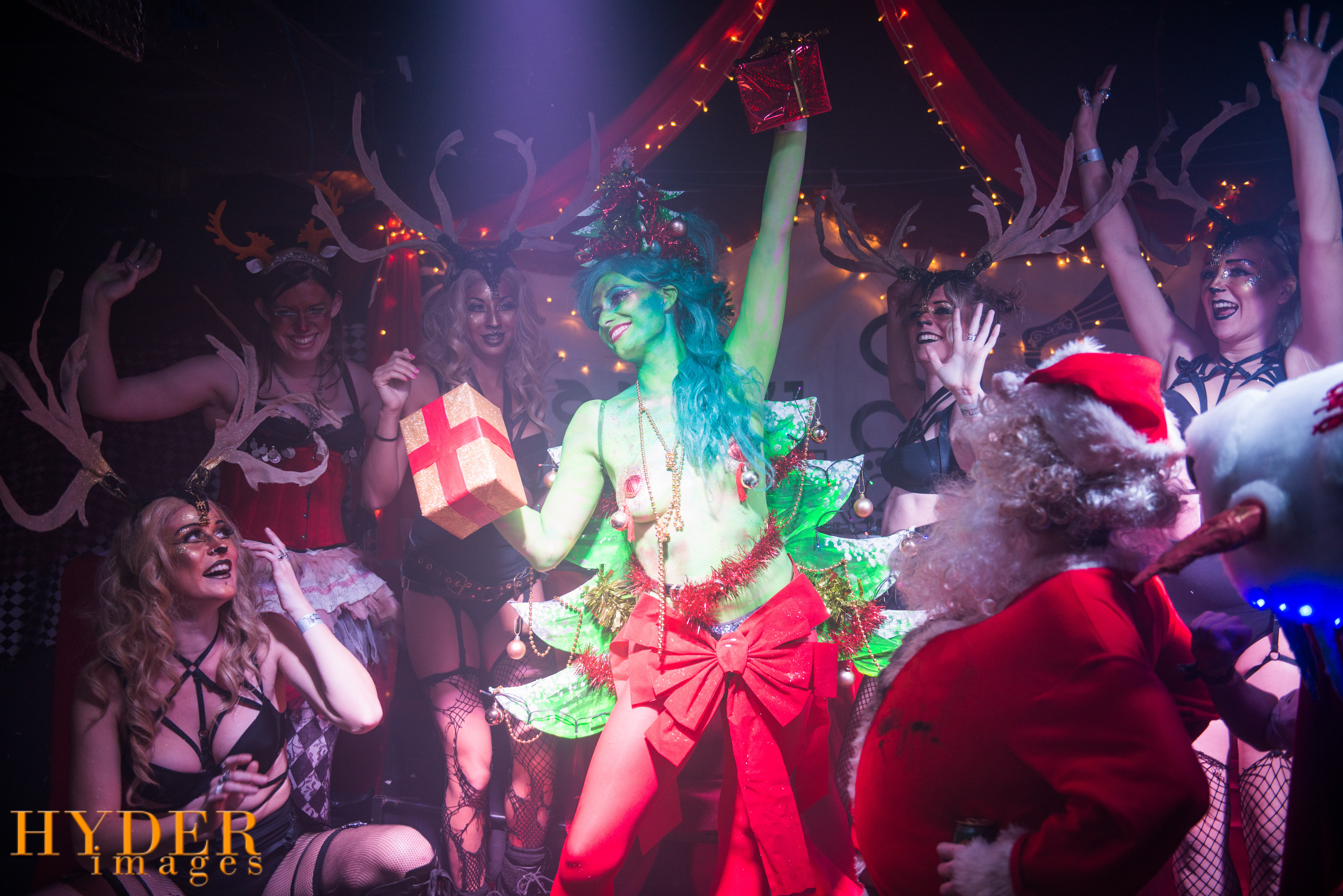 Since the dawn of times Rumpus has played host to some of the greatest battles imaginable. Pirates faced the might of Ninjas (and won); Pirates faced the flamboyant might of Panto (and lost); Panto faced the terrifying might of Monsters, and on and on, throughout the aeons, the battles have continued.

This Christmas, Rumpus invites you to choose a monochromatic side and stand firm against your chosen foe: will you join the cheery, bearded, slightly creepy legions of Santae, armed with nothing but goodwill, suspiciously wrapped parcels and candy canes? Or will you choose to fight for the so-cute-its-terrifyingly-creepy Pandae, backed by an utter lack of interest in your own self-preservation and more bamboo than you could possibly ever chew on? For the past year we’ve seen the likes of the Panda Defence League and Britain’s Not For Pandas clash and clash again - now is the time for a victor to emerge.

Joining the Black & White v Red & White onslaught are mighty giants of the musical battlefield: the epic John Langan Band, the outstanding Shambolique, and we welcome back Buffo’s Wake, who’ll be hosting and curating a room of their own.

For a year they’ve tried to keep the Panda down. Will you help end this battle once and for all?

See you on the dance floor!

Tickets go on sale at 12.00pm on Thursday 19th November 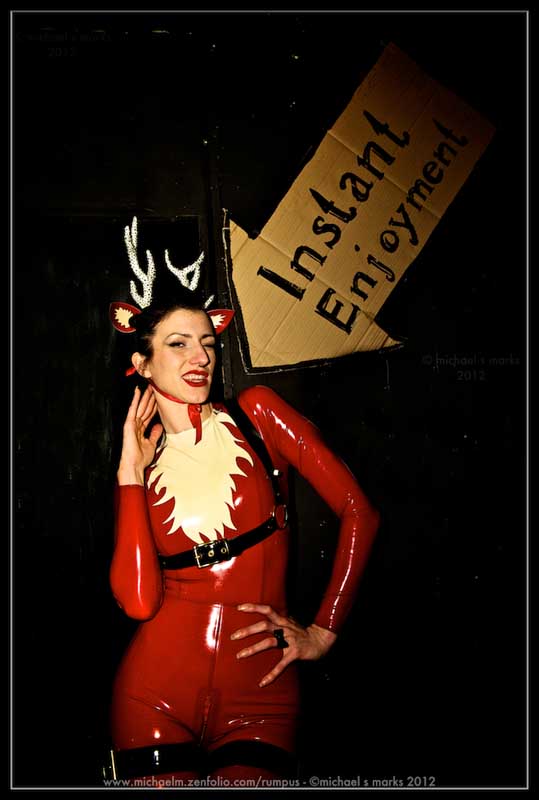 Paradise Moist - Will the great mystery ever unravel? Who is this mystery DJ?
Shambolique - Super high energy super thrash funk dance quartet!
The Langan Band - The boys are back! This unhinged 3-piece takes all traditionally acoustic and delivers with pure punk abandonment sure to set you dancing like a professional ostrich.

This Liverpuddlian collective whip up a festive storm for you creatures of Rumpus in room full of unforgettable dance fuelled wonder.

An experimental fertility lab - hosted by Buffo's Wake - desperately seeking to re-populate the world with pandas… by any means necessary.
Jabul Gorba - Fast, furious and unstoppable, these lads inject lethal doses of French Gypsy punk rock straight into your veins.
Buffo's Wake - Chaotic Gypsy Carnival Punks, with influences from Abba to Zappa, Buffo's Wake are guaranteed to leave you dancing like a man possessed!
DJ Wedding Fight - The resident Buffo's Wake DJ will be mixing and more Raucous fun than a punch up at a Balkan wedding!
Shambolic Sideshow Circus - The Brighton based circus collective will descend upon Rumpus to captivate and discombobulate.
Buffo's Wake DJ's Metal Graveyard - Prepare yourselves for this semi-ironic nostalgic rock playlist a sure way to keep sleep at bay come 5am.
Sacha Dieu - Decade spanning career spinning Balkan and world beats on a global scale!
Fexomat (Ringe Raja / NSF)

What wizardry awaits to be woven by by DJ The Alchemist amongst the chugging trains and cobblestones.

DJ The Alchemist leads his troubadour troops for one of his final London appearances! Expect banging sounds from Smamalam, Graham Eden and James PB.

We've got our favorite Hip Hop wanderer wandering through the crowds once again - keep your ears peeled for Cloudy!

Prepare to have your stockings stuffed with love and your tummies over-brimming with tea, cake and even more love by the delightful Wonderland crew.

VJ Harper is back, melding the snow storm and the jungle thrusting you into musical, visual madness! 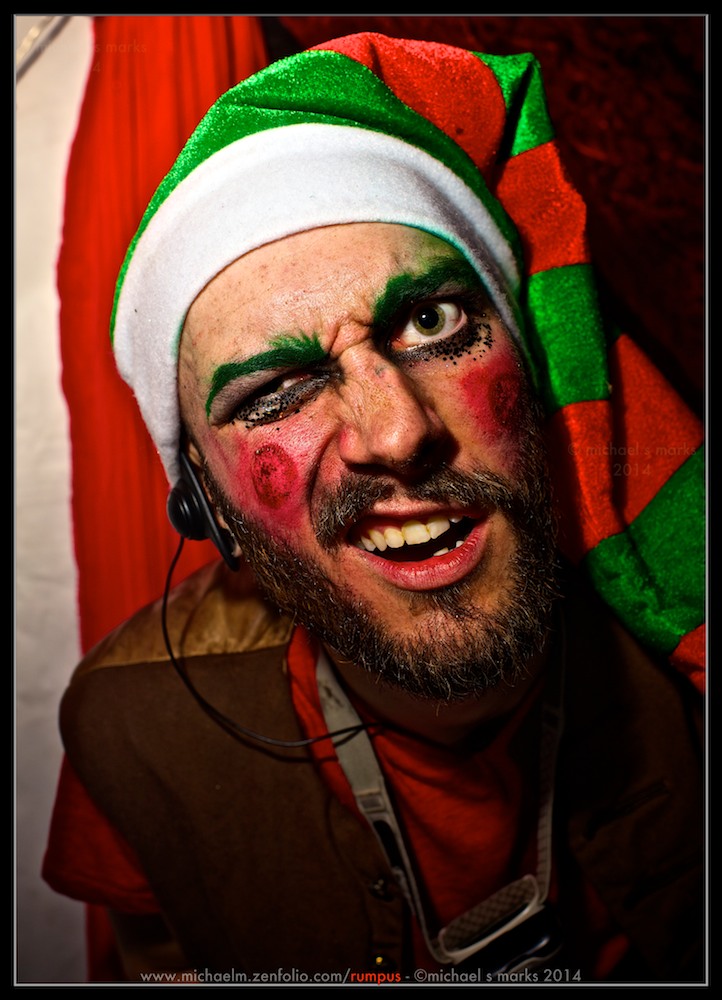