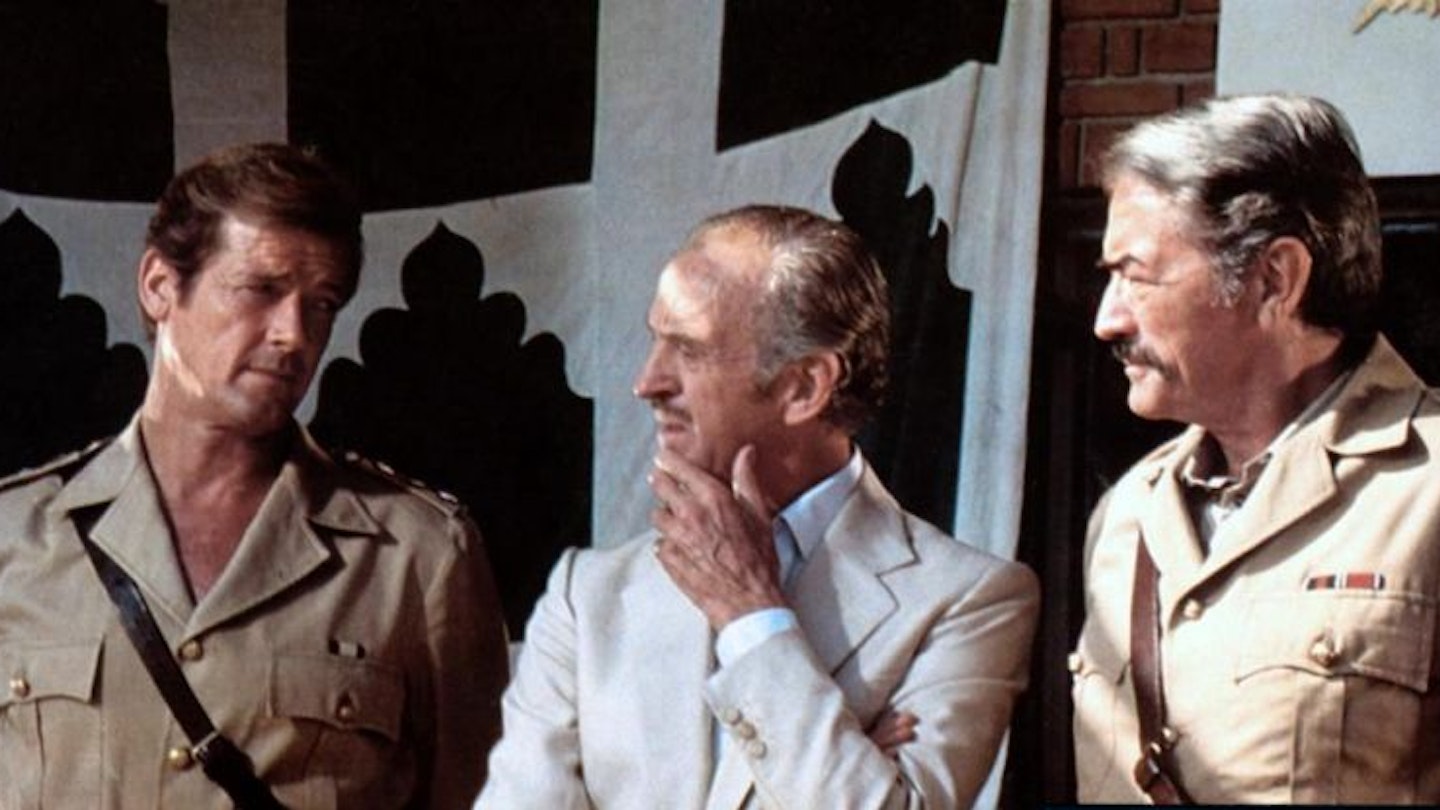 There is also a Teutonic theme to Fire, Ice & Dynamite (1990). Willy Bogner directs this action comedy and Steffi Graff takes time out from winning Wimbledon to make a cameo appearance. Roger stars as eccentric entrepreneur Sir George Windsor. Debt ridden and ridden with guilt about the rain forest, Sir George fakes his own death and pits his creditors into a sporting contest the likes of which the world has never seen! Fire, Ice & Dynamite does come with a health warning, such is the level of product placement you may feel compelled to book an alpine skiing holiday after viewing.