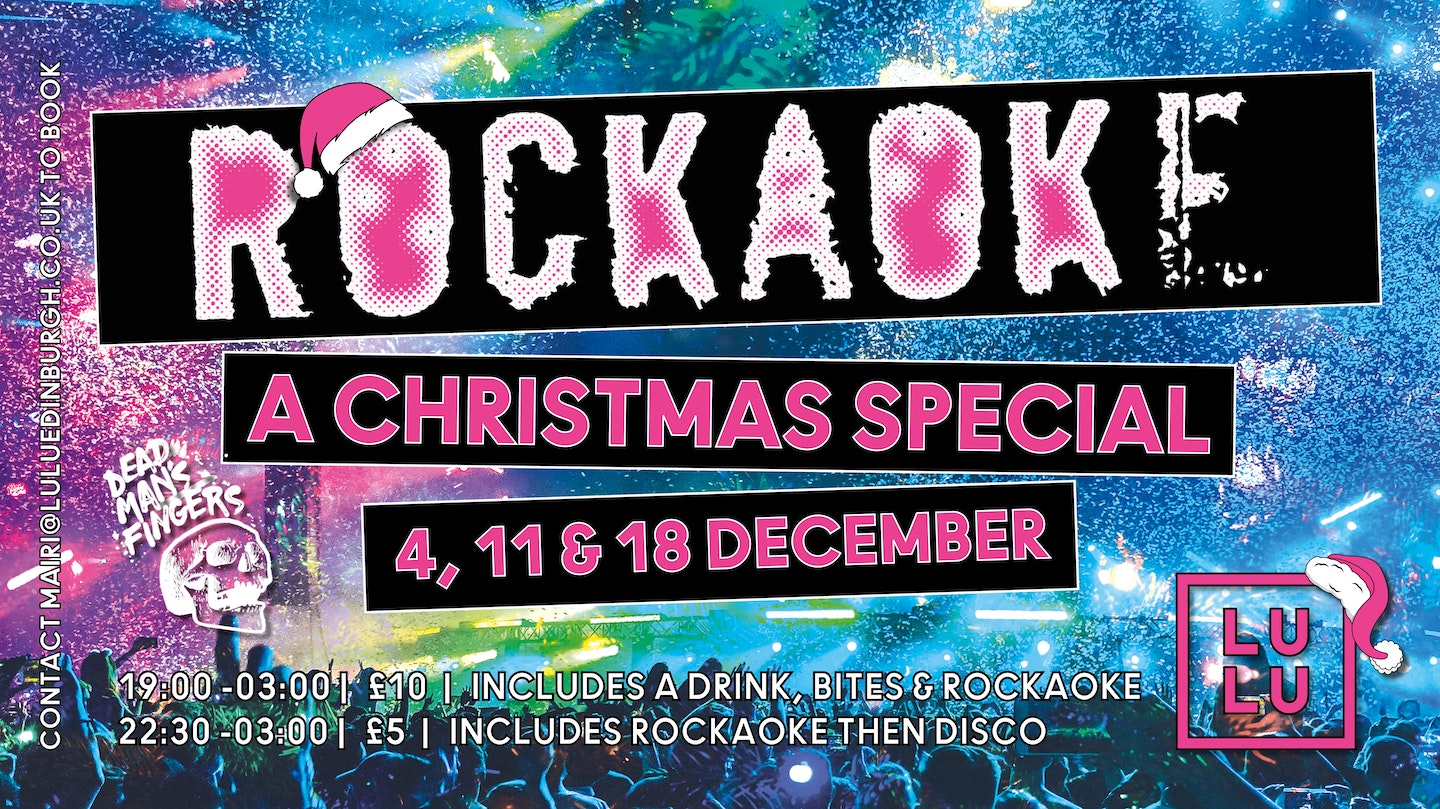 Take your Christmas night out to the next level this year with ROCKAOKE at Lulu.

ROCKAOKE are the UK’s original, BEST and only SPECIALIST live karaoke band, inviting their audience to “live the dream” by taking to the stage and singing with a live rock band…

Impress your friends with your own rendition of All I Want for Christmas is You or watch Susan from accounts unleash her inner Meatloaf.

Get the party started early or come along after dinner with the choice of two packages below:

7pm – 3am: includes Rockaoke plus arrival drink from our sponsor, Dead Man's Fingers Rum, and bites before 10.30pm. £10

What did everyone else think?

"…the most fun you can have without getting arrested” – The Times

ROCKAOKE bring their own brand of exuberance and style to club nights and residencies at some of the leading UK nightclubs and bars. Having established successful ROCKAOKE NIGHTS in central London over the past 12 years at venues like Punk, Proud, AAA, and Cuckoo Club, they are currently storming monthly fridays at The Star of Kings, Kings Cross, Tooting Tram & Social and Radicals & Victuallers.

ROCKAOKE NIGHTS were launched in summer 2006 at Manumission’s Bar M in San Antonio, Ibiza, where IBIZA ROCKAOKE was resident over that summer. The first London ROCKAOKE NIGHT was at Zoo Bar on 29th march 2007.

Outside London, the band have played regular ROCKAOKE NIGHTS in Cardiff, Leeds, Southampton, Glasgow, Edinburgh, Belfast and of course their hometown Sheffield – where it all started in 2003.

ROCKAOKE have performed several times at the Cavern Club, Liverpool. Imagine jumping onstage with a live band to sing a Beatles song at the Cavern!

ROCKAOKE are regularly booked by the UKs biggest promoters, such as Guilty Pleasures, Propaganda and Club de Fromage, to bring added zest to already fruity nights.