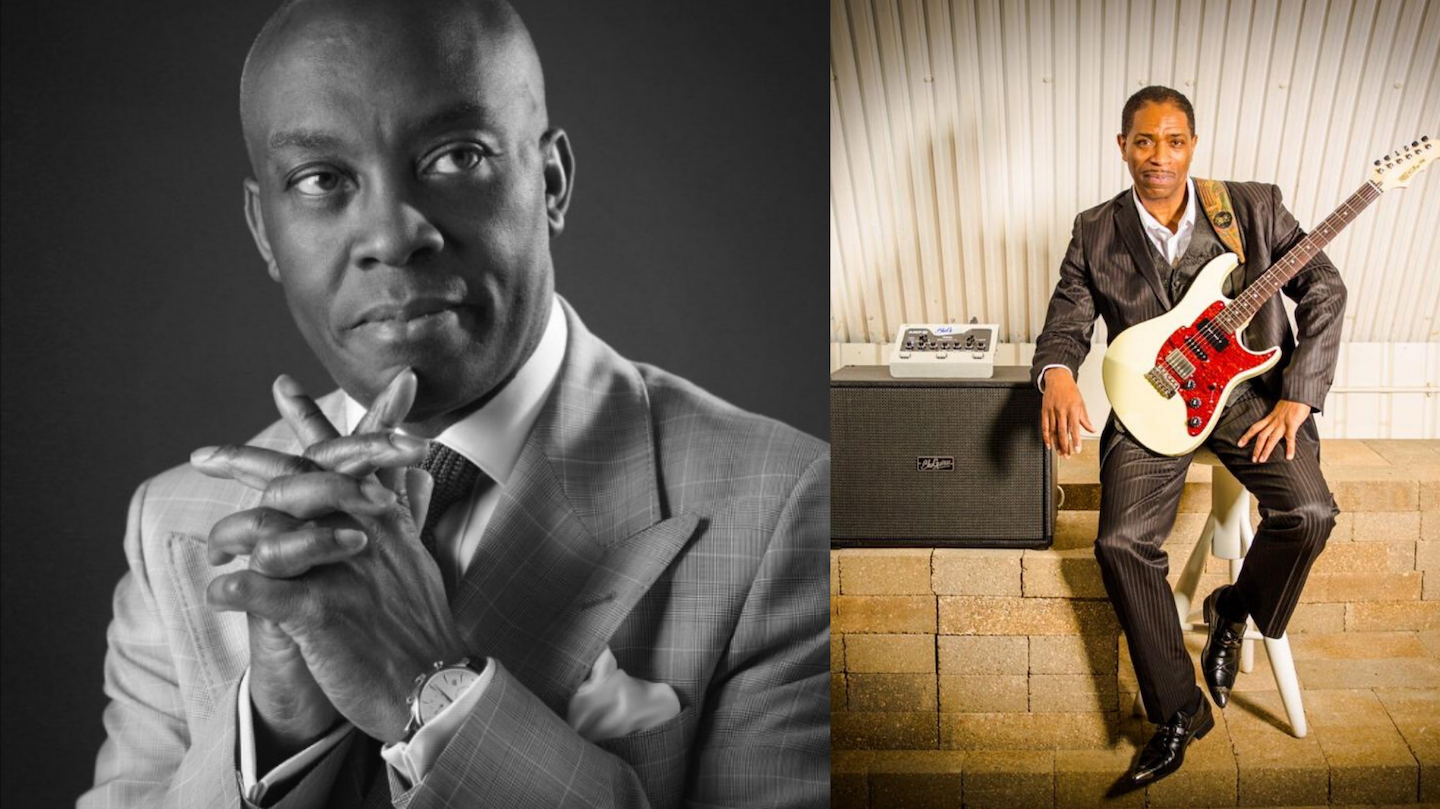 Back by popular demand, stellar vocalist Paul Lee returns to HJC to perform his choice of soul classics backed by the brilliant Ciyo Brown Band!!

For the last three decades Paul has appeared in a number of films, performed on numerous TV shows across multiple networks across the world including premier gospel TV series “People Get Ready”, commissioned by Channel 4 Television, ‘BBC Songs of Praise’ and has been a regular on other BBC shows and has for the last 4 years broadcasting as presenter and producer of the ‘Arise & Shine Show’ on London’s Premier Gospel radio station.

With vocals that are smooth yet powerful, Paul has been the Artists choice to support , record and perform with them music which includes legends Stevie Wonder, Michael Jackson, Maxi Priest and Boy George.

Singing for 15 years with the internationally acclaimed and award-winning choir ‘The London Adventist Chorale’, under the direction of Ken Burton, Paul was a member when the choir won the prestigious title ‘Sainsbury’s Choir of the Year 1994/5’ and ‘BBC Radio 2 Gospel Choir of the Year 1995/6’. Paul has worked in the UK Gospel music industry for the last 35 years.

Paul has provided backing vocals for classical performances and a DVD recording for the Queen's Golden Jubilee from Buckingham Palace and performed for the Princess Royal in the grounds of Buckingham Palace.  Then came the golden invitation from Harry and Meghan to sing that infamous lead  to ‘Stand By Me’ at the Royal wedding, which was moving, emotional and beautifully controlled.

Acclaimed master of guitar Ciyo Brown is one of HJC's most popular and frequent Artists and part of what is now a HJC family of talented resident musicians. Since HJC opened in Nov 2017, Ciyo has presented some of the industry's most reputable and talented musicians and singers, always delivering a consistent line-up of some of the most celebrated musicians on the live music circuit.

Ciyo's illustrious musical career celebrates pioneered fusions of jazz and reggae with a successful release of six albums under his own name. The sixth album “Put a little jazz in their lives” expertly unites the beautiful complexity of jazz with the subtle rhythmic undertones of reggae.

Seats are not numbered and you will be seated at available tables. Please note tables seat 4 people, so for bookings of less than 4 people, you will be seated and share a table for 4.Please NOTE, there is NO food served in the Jazz Club, there is a bar for drinks. We advise booking a table for dinner at the Duke of Hamilton upstairs at least 1hr before show-time - Book Here