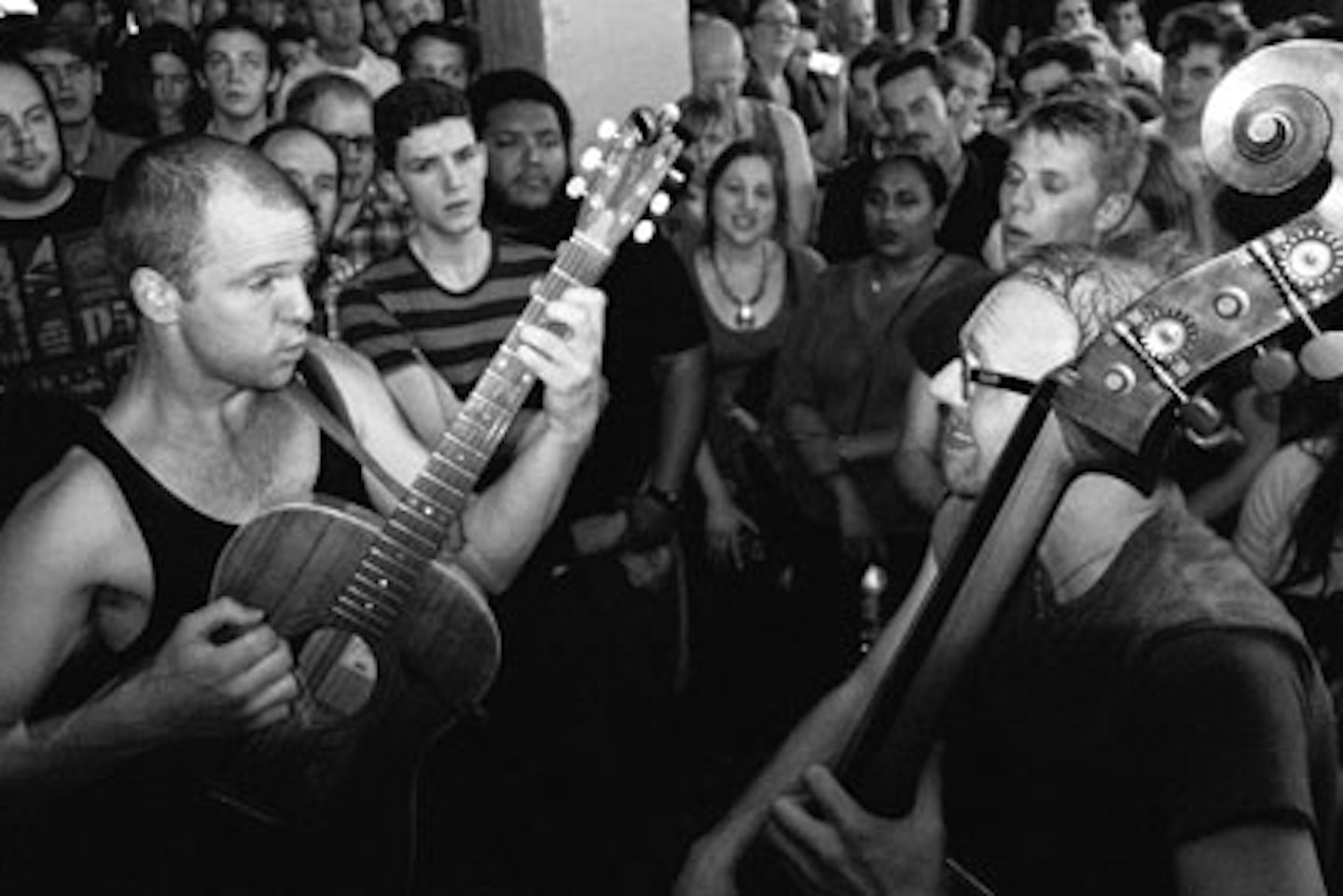 Nizlopi are John Parker (double bass/beat box) and Luke Concannon (vocals/guitar), a duo who sound like a four-piece, folk hip-hop band. They are most widely known for being the underground, independent act that topped the UK and Irish charts with The JCB song in 2005.

They have a fierce reputation for their inspiring, moving, live shows, often taking the show into the heart of the audience. Having been doing their own things for the past four years, they have come back together in 2013, performing new material, songs from their two previous albums and material for Luke’s new solo album, Give It All.

The band announced a low-key first show back at The Borderline in London in June 2013. The show sold out in hours. A second show was announced. It also sold out in hours. They were back. A live EP with recordings from those incredible comeback shows in planned for December 2013 followed by a new album in spring 2014 with festival dates planned for summer 2014.

John Martyn and Danny Thompson meets The Roots and Ani Di Franco, Nizlopi play, joyful, honest, atavistic, heavenly folk stories. And when Nizlopi perform live, they are a positive force like no other.

Main support comes from Manchester’s own Sukh who, when not moonlighting as a musician, is a doctor. Not content with saving lives, he’s only gone and penned one this year’s brightest indie-pop albums so far. Kings is a debut album bursting with Belle and Sebastian-esque melody and craftsmanship reminiscent of Sufjan Stevens across its collection of unassuming, layered and textured songs. With support from the likes of BBC Radio 2, BBC Introducing and Absolute Radio, Sukh is becoming one of those upcoming singer/songwriters that warrants your attention.

Opening the show is Antoniu Lulic. Raised in the North East of England, son to a South American political exile and a lass from the pit village of Trimdon, Antonio is a folk-rock singer-songwriter whose deep, gravelled vocal combines with an intimate and powerful lyrical style to deliver a uniquely soulful, passionate performance. It’s perhaps because of this humble beginning that Antonio is no stranger to hard work. Since the release of his debut EP, Becomes Unstoppable, at the start of 2010, Antonio has toured relentlessly; performing for audiences all over London, up and down the UK, across Europe and all over the USA, building a loyal fanbase spread across the globe.