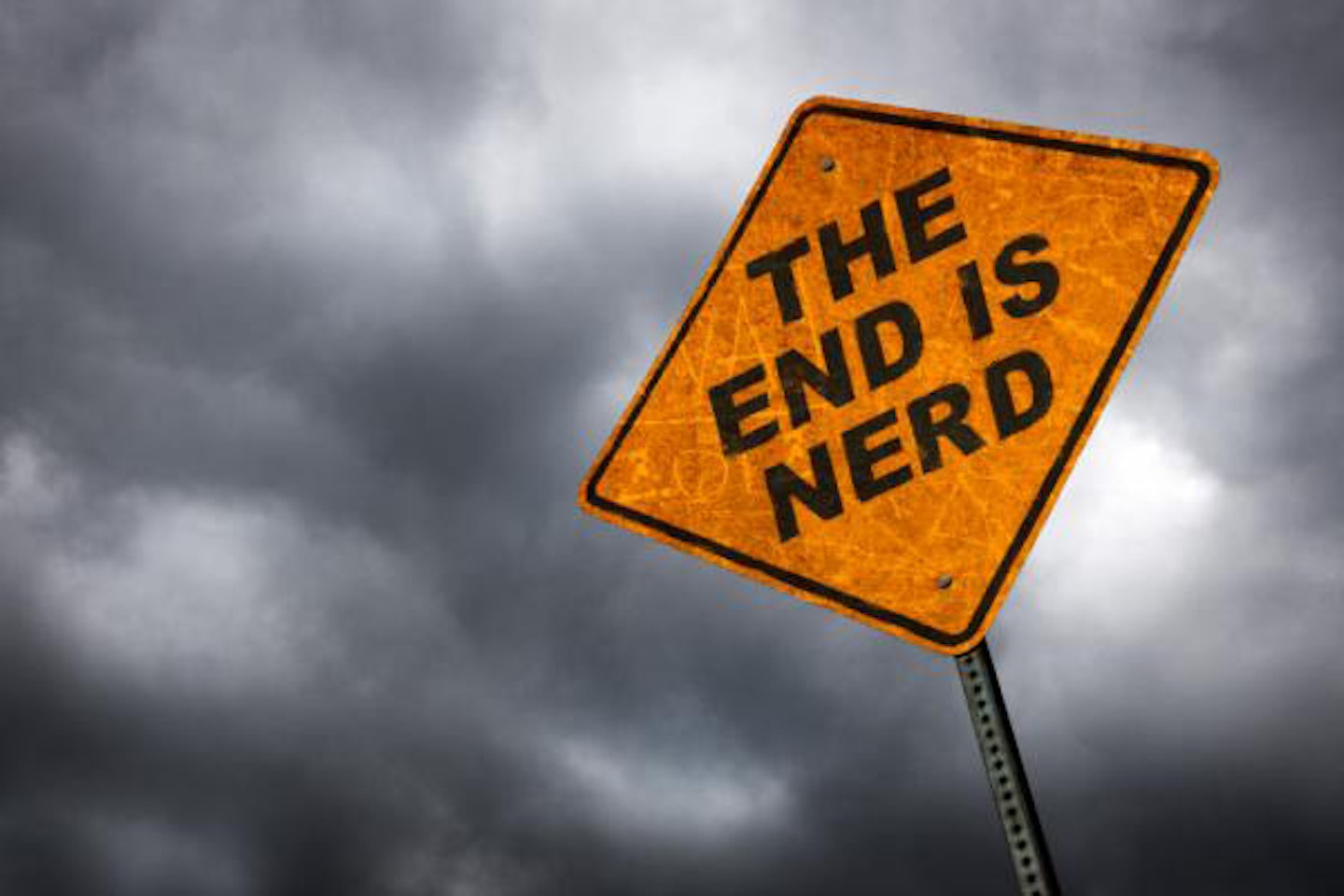 Nerd Nite London- The End Of The World Is Nerd

Nerd Nite London is holding an end of the summer, end of the world special. It will be everything you love about Nerd Nite, but more apocalyptic. We're at a new venue to usher in the end of days: 333 Mother Bar on Old Street. Be there, and be square.

Nerd Nite London is a bi-monthly event where three speakers give 18-21-minute fun-yet-informative talks across all disciplines – while the audience drinks along.

Nerd #1: Nathaniel Storey, How We Are All Going To Die

Since the humanity wandered out of the jungle viruses have been doing their very best to wipe us out, from the youth destroying Spanish flu to the organ melting hemorrhagic fevers, nature's lethal creativity knows no bounds! If these weren't dangerous enough, then why not try a genetically modified "super-flu" or perhaps a 30,000 year old virus brought back to life by scientists, either way our days our numbered, but with enough preparation we may be able to survive the next viral apocalypse!

Nathaniel is currently studying a phd in molecular genetics and virology at the University of Reading. He has looked into the dangers of floodwater bacteria, contamination of supermarket surfaces and contaminated drip feeds. His particular area of interest is the most abundant yet understudied organism on earth, viruses that kill bacteria.

The human race is only 4 billion years away from almost certain doom. At this time, not only will the Sun come to the end of its life, our nearest spiral galaxy neighbour will be preparing to crash into our own Milky Way. I'll explain more about these two inevitable astronomical events, with possible sidetracks into some of the other numerous ways that the Universe is trying to kill us.

Dr Jen Gupta is an astrophysicist and the SEPnet/Ogden Outreach Officer for the Institute of Cosmology and Gravitation at the University of Portsmouth. For her PhD she studied Nature's Death Ray Guns (aka blazars) - galaxies that are spewing out far more energy than can be accounted for by their stars - and now spends her days telling school children, members of the public, and anyone else who will listen about how awesome the Universe is.

Nerd #3: Stuart Barr: 'How to Survive a Zombie Apocalypse'.

Drawing on examples from film, TV, comics and possibly the Pentagon's zombie attack plan, Stuart will explain what we should do when/ if zombies take over the earth, hint the top priority it isn’t going to be arguing about the relative merits of fast vs slow zombies or how the infected aren’t technically undead.

Described by Dr. Mark Kermode as ‘a very good blogger’ (honestly, it was on air) Stuart Barr’s writing has appeared in the official Walking Dead magazine, digital magazines Verite, the FrightFest E-Zine and Cult TV Times, and numerous websites including Dead Good (a site specialising in crime fiction), FrightFest and film review site Chris and Phil Presents (which hosts his occasional blog http://www.chrisandphilpresent.co.uk/blogs/spectacularoptical/).

Stuart watched his first zombie film at age six, but it was about Haitian voodoo zombies working in a Cornish tin mine and thus the wrong type for a zombie apocalypse.

Nerd #4: Dr Lewis Dartnell: The Knowledge: How to Rebuild our World from Scratch

Maybe it was an asteroid impact, a nuclear war, or a viral pandemic. Whatever the cause, the world as we know it is over and humanity must start again. Without the life-support system of modern civilisation, what can you do to ensure you thrive in the immediate aftermath. And what is the most crucial scientific and technological knowledge you’d need to avert another Dark Ages and accelerate the rebuilding of civilisation from the ground up?

Dr Lewis Dartnell (lewisdartnell.com) is a UK Space Agency research fellow at the University of Leicester. He also holds an STFC Science in Society Fellowship, and alongside his astrobiology research writes regular science articles in newspapers and magazines, and has appeared in TV shows such as BBC Stargazing Live, Wonders of the Universe and Horizon. ‘The Knowledge: How to Rebuild our World from Scratch’ (the-knowledge.org) is his third book.

All profits from the night go to charity. This month’s charity is Cancer Research UK. More information about Nerd Nite London can be found by following us on Twitter @nerdnitelondon, liking us on Facebook www.facebook.com/NerdNiteLondon or visiting www.nerdnite.com/london