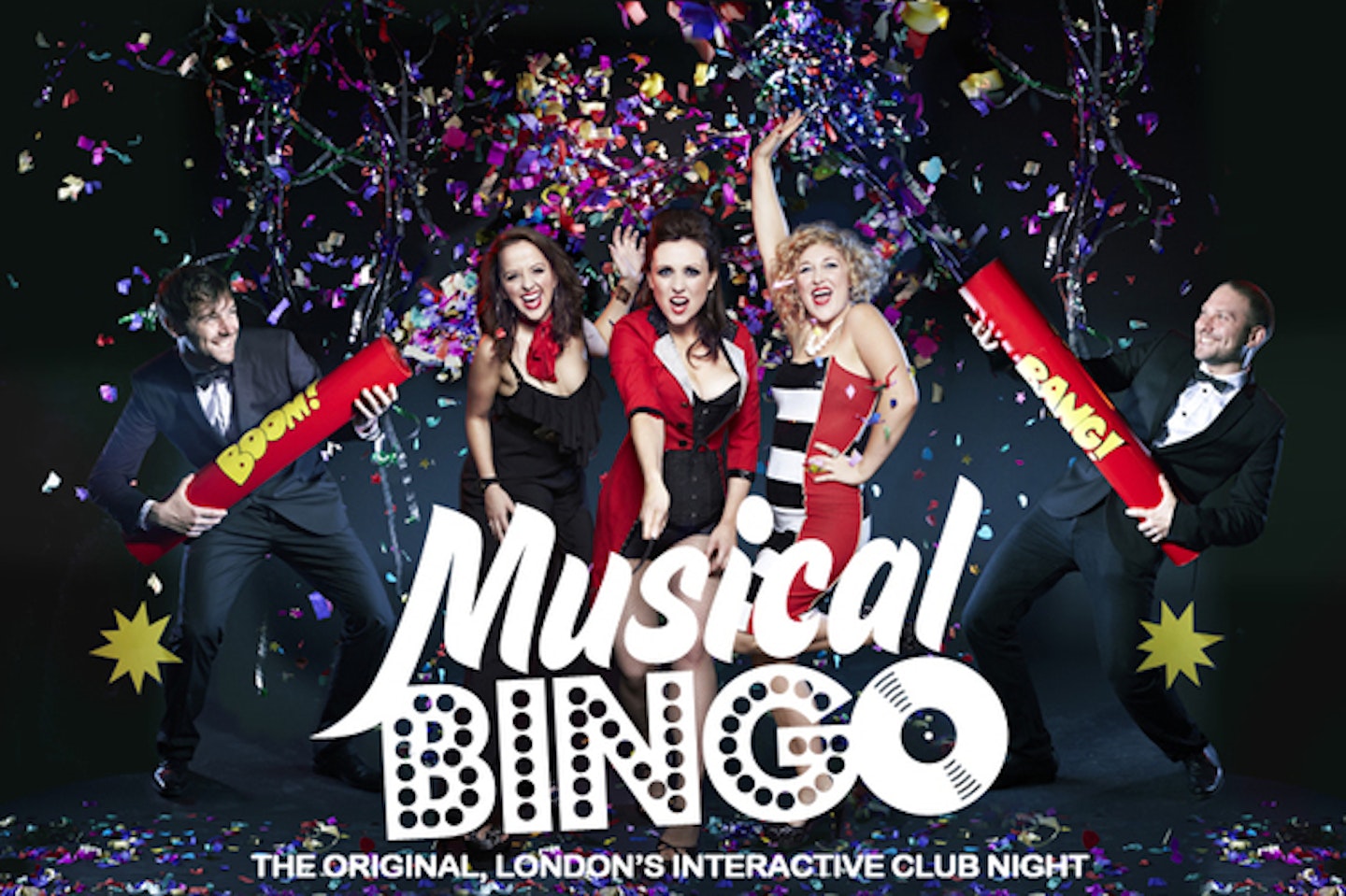 Ready to get your freak on?

You better be, as Musical Bingo is about to get fashionably scary for it's infamous Halloween Ball! The city's most freakily dressed are invited down to what promises to be a monster show with some extra tricks and treats thrown in!

Joining the team will be the fierce (but friendly) compere Eleanor Conway as she guides you through 3 rounds such as 'Happy Halloween', ' 'Horrific', and 'Magic Happens'.

Fix up look sharp as we'll be dishing out Award trophies for the best fancy dress in these 5 categories :

#Most Innovative, #Most Outrageous, #Most Scary, #Vamptastic and #Best Team Effort!

How the game works!

For the uninitiated, Musical Bingo isn’t too different to regular bingo, but instead of shouting out numbers we play songs. Throw in an assortment of eccentric hosts, a hotch-potch of prizes (did someone say crock-pot?!), a handful of physical (some may say humiliating) challenges, more competitive spirit than an Olympic 100m final and an unhealthy obsession with confetti canons and you are starting to get the picture…

Themed rounds are based on decades, genres or just random and slightly tenuous musical connections and once the unique game cards have been distributed its time to sharpen your ears and polish your bingo wings. Expect a quick fire medley of tunes from our DJs whilst you simply mark ‘em off your bingo card accordingly. Prizes are won for one, two and three lines, and finally the Grand Prize: The Full House!

So if big tunes, snazzy prizes, fancy costumes and the aforementioned confetti canons are up your street, then get yourself down to Musical Bingo…! (N.B. Musical Bingo accepts no responsibilities for raging hangovers or impromptu sickies the next day…!)