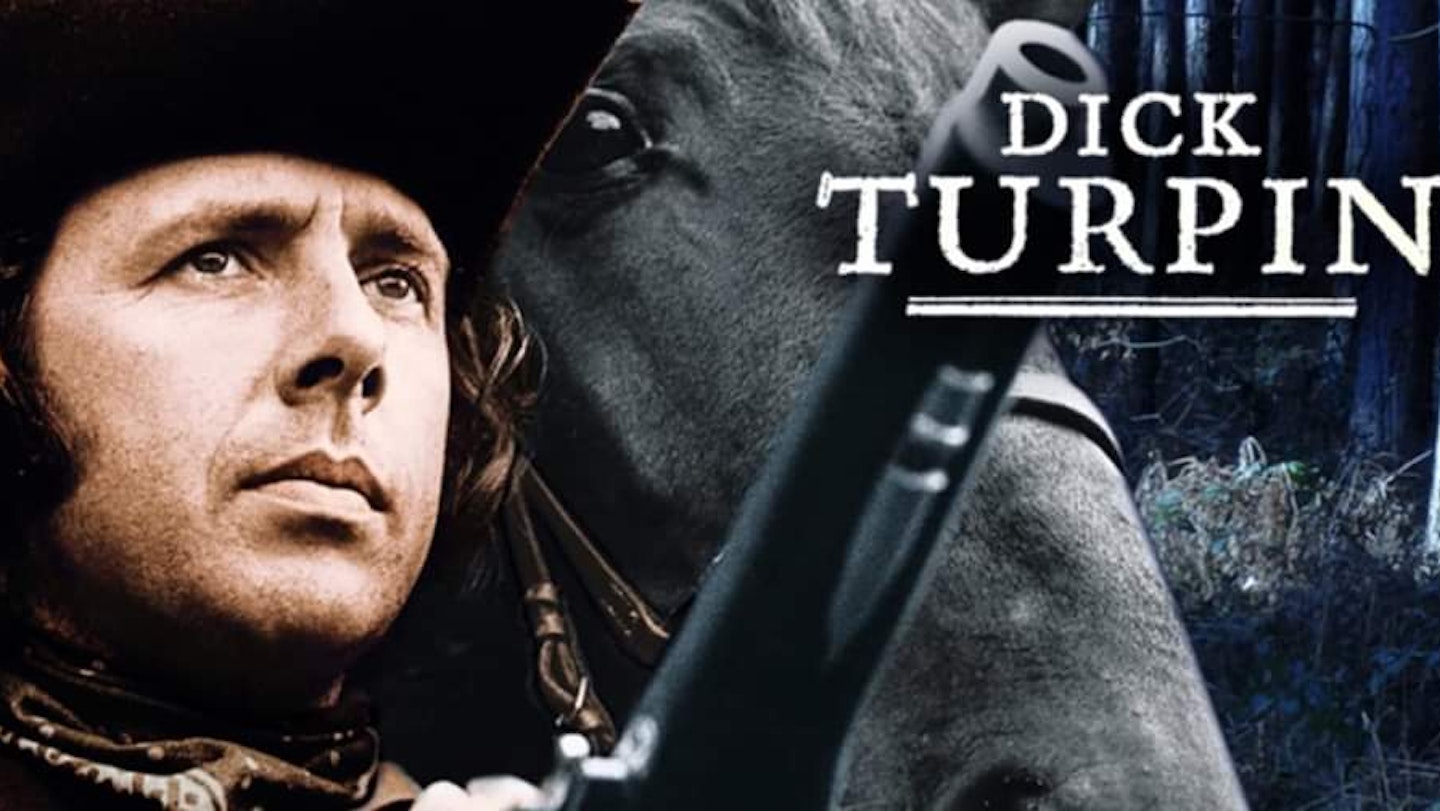 Misty Moon is proud to be bringing cast and crew of Dick Turpin (1979-82) to the Cinema Museum for a special evening celebrating the 70s television series.

Dick Turpin is a British Television drama series starring Richard O’Sullivan and Michael Deeks. It was created by Richard Carpenter, Paul Knight and Sydney Cole and written by Richard Carpenter, John Cane, Charles Criton and Paul Wheeler. It was made by Gatetarn, Seacastle productions in-association with London Weekend Television between 1979 and 1982. 26 half-hour episodes and one feature-length episode were filmed on location at Maidenhead in Berkshire, England.

The series takes place in 18th century England. After Dick Turpin, the son of a farmer, returns to England after three years military service in the Mediterranean, he discovers that he and his parents have been cheated out of their farm and his inheritance by the unscrupulous Sir John Glutton, and that consequently his parents have died of starvation. Turpin, who is now bitter and poor, becomes a Highwayman.

Cleverly, Richard Carpenter has the series take place after the real life Dick Turpin has been hanged in 1739; the series is set between 1739 and 1740, leaving his fictional TV incarnation to be an anarchic freedom fighter who has been badly ripped off by the establishment and suffered the tragic loss of his parents, a good moral starting point. This also meant that the writers did not have to use any events from Turpin’s real life in the series.


Mary Maude played Sarah Clayton in the episode “The Hostages”.

After the Q&A there will be a meet and greet with the audience and the guests will take part in a paid signing.

More guests to be announced soon…