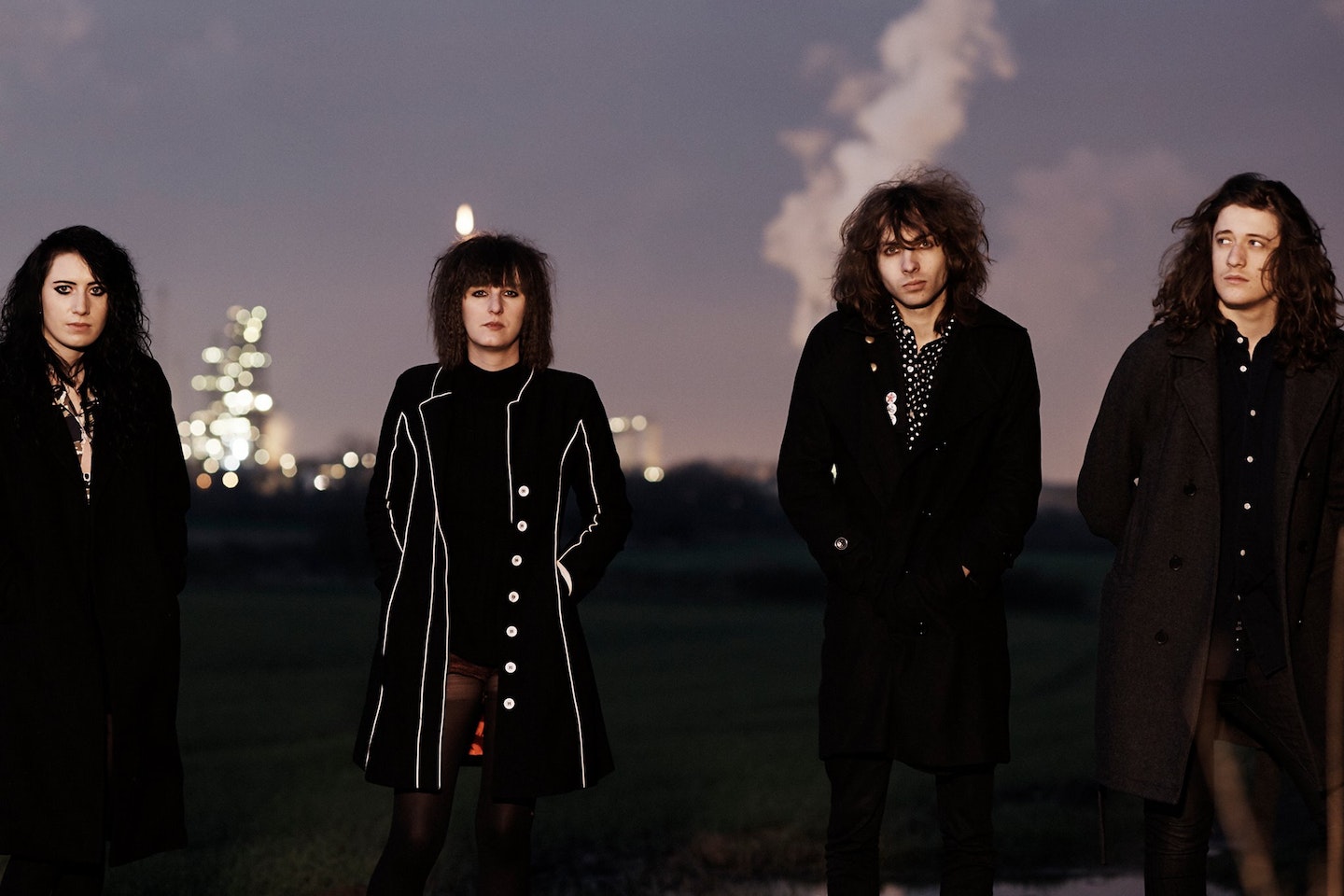 Recorded in summer 2015 and produced by Steve Albini (legendary producer of Nirvana’s ‘In Utero’ and Pixies’ ‘Surfer Rosa’), at his Electrical Audio studios, in Chicago, ‘LEMON’ is an explosion of punk rock action, packed with fast tunes, monster riffs, and lyrical vitriol, chiefly inspired by the band’s desperate background in the bleak Lincolnshire town of Immingham.

‘LEMON’ retains Ming City Rockers visceral, balls-to-wall primal rock ‘n’ roll and infectious ability to write a hook and pop melody. It’s the sound of a band pushing themselves to new limits, and having a right old gas while doing so. Like its predecessor, it clocks in at under 30 minutes, but achieves a good deal more in that running time.

‘LEMON’ will be available on digital download, CD and vinyl. ‘Sell Me A Lemon’ will be the first single from the album.

Formed in 2012 in Immingham, a dock town near Hull and Grimsby, nicknamed Ming and known only for its petrochemical plant and being the home of Ian Huntley. Brought together by genuine outsider, working-class anger and a love of getting dolled up in tight blazers and ties, androgyny making their hair magnificent to sit around listening to doo-wop, The Stooges, Helen Shapiro and Magma, a 70s zeuhl band who sang in their own language.

Their singles have to date received praise and radio play from the likes of Q Magazine’s QTheMusic.com (‘Track Of The Day’), Artrocker, Louder Than War, Huw Stephens, Steve Lamacq and KEXP Seattle.