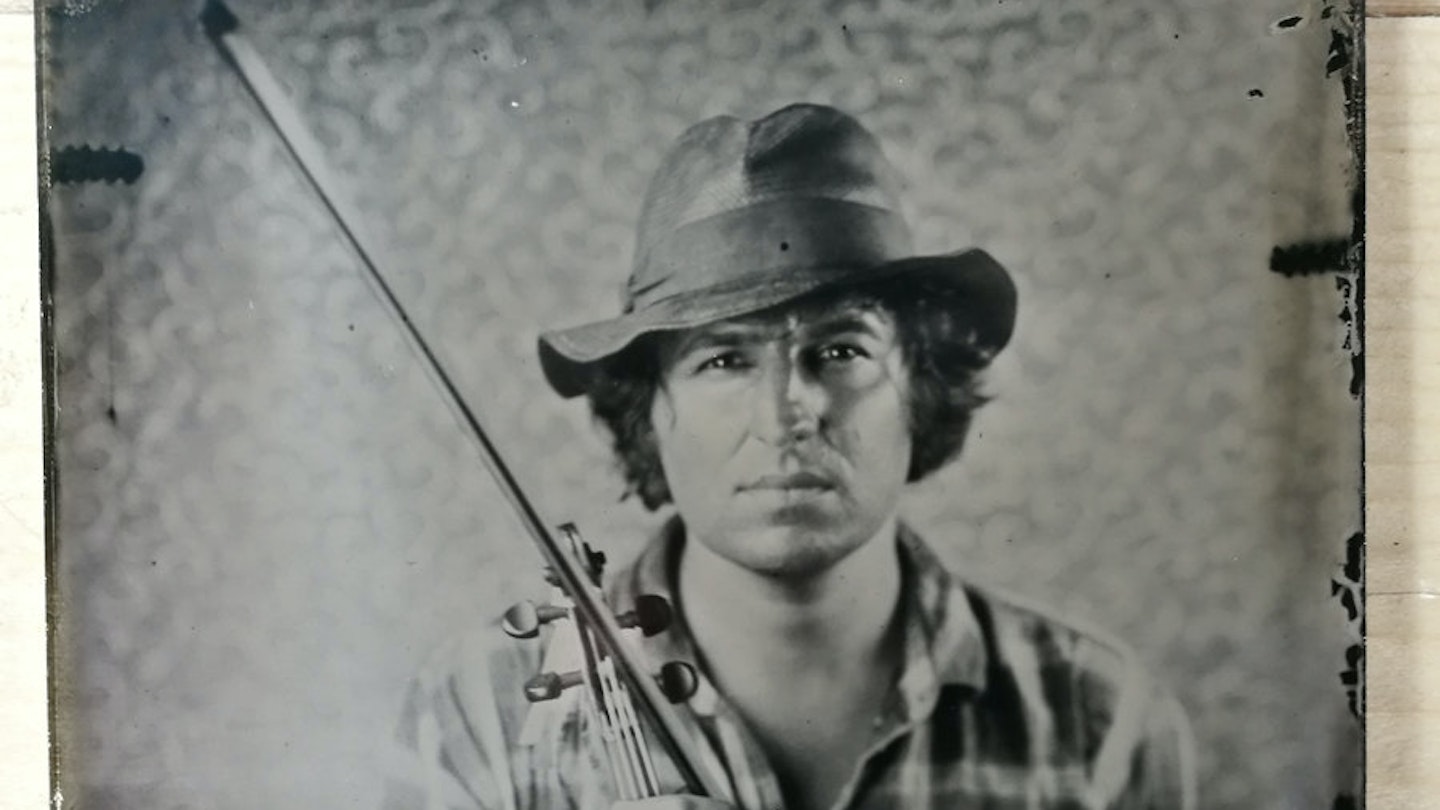 There are some who go to extraordinary lengths to show that they are original and different – kinda like “forcing” rhubarb to make it extra succulent.

A few are just born that way. It’s in their genes and as natural as breathing.

When one reviewer described Mikey Kenney as “unselfconsciously weird”, it was clear they placed him in the latter category. Unconventional is good but there’s nothing really “weird” at all, and too often the “outsider” artist is viewed that way, when all we have in reality is someone incredibly talented carving out a niche of his own.

Elsewhere, he’s been tagged “a thoughtful soul”  and described as making music that is “from the heart for the heart”.

A traditional fiddler held in high regard by his peers, Mikey has a reputation for making quality music and producing wondrous flourishes of superb creativity. A multi-talented and in-demand collaborator, he enjoys the company of others who are well established on the circuit, turning out for instance with The Band of Burns.

When he isn’t playing fiddle, you might find him with banjo, mandolin or concertina in his hands. He has two feet expertly planted in the folky side of percussion too.

But it has been his song-writing and vocal style that has possibly made the biggest impression in recent times. Once heard, never forgotten.

Liverpool-based, his playing is redolent in both English and Irish traditions. He also tours with Italian singer-songwriter, Vinicio Capossela, whom he admires.

Listen to the latest album, The Reverie Road, and you’ll hear a rich diversity of influences. You may be transported to a different time or place.

At fRoots, the CD won a 5-star rating and Steve Hunt had this to say:  “Mikey Kenney is an artist for whom music is a calling, not a career choice, and this CD represents the work of a singular and inspiring talent…unfettered by expectations of geography or genre, and a wanderer of worlds both seen and invisible, Kenney is an authentic free spirit.”