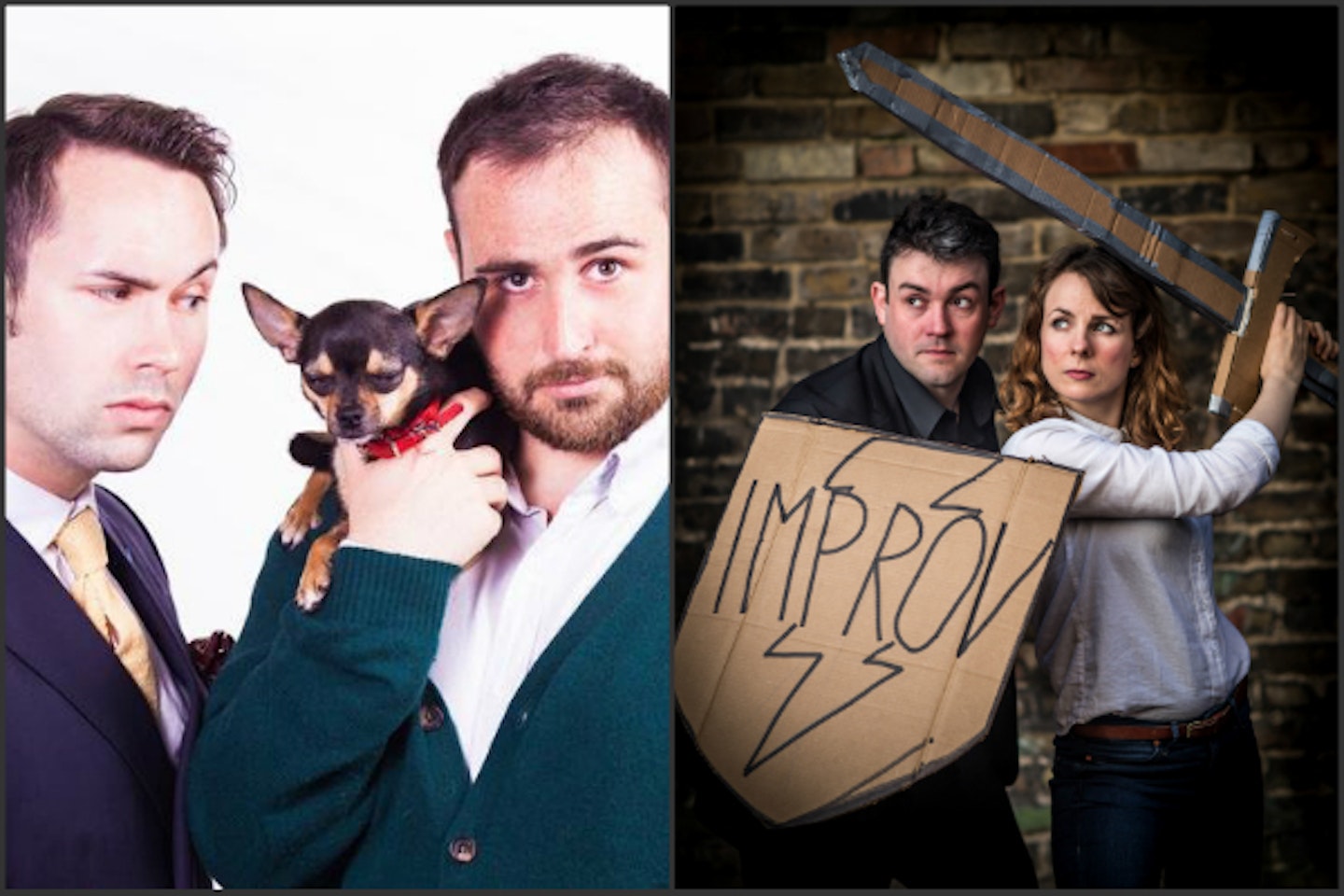 Laugh Out London presents an evening of Edinburgh Festival previews from award winning sketch duo Max & Ivan and Improv Superstars Cariad & Paul as part of the Laugh Out London Comedy Festival at the Old Queen's Head in Angel.

MAX AND IVAN
The End
Welcome to Sudley-on-Sea. Take a look around. You don't have long. Seriously. Foster's Edinburgh Comedy Award and Melbourne Barry Award nominees Max and Ivan (BBC One's W1A, BBC Radio 4's Casebook of Max and Ivan) return to the Edinburgh Fringe to tell an epic tale of a small town, on the day of its destruction. As the end approaches, there are choices to be made... Directed by Tom Parry (Pappy's). 'Max and Ivan are the real deal' **** (Guardian). **** (Times). **** (Independent). **** (Time Out). **** (Chortle.co.uk). 'Undoubtedly superstars of tomorrow' (GQ).