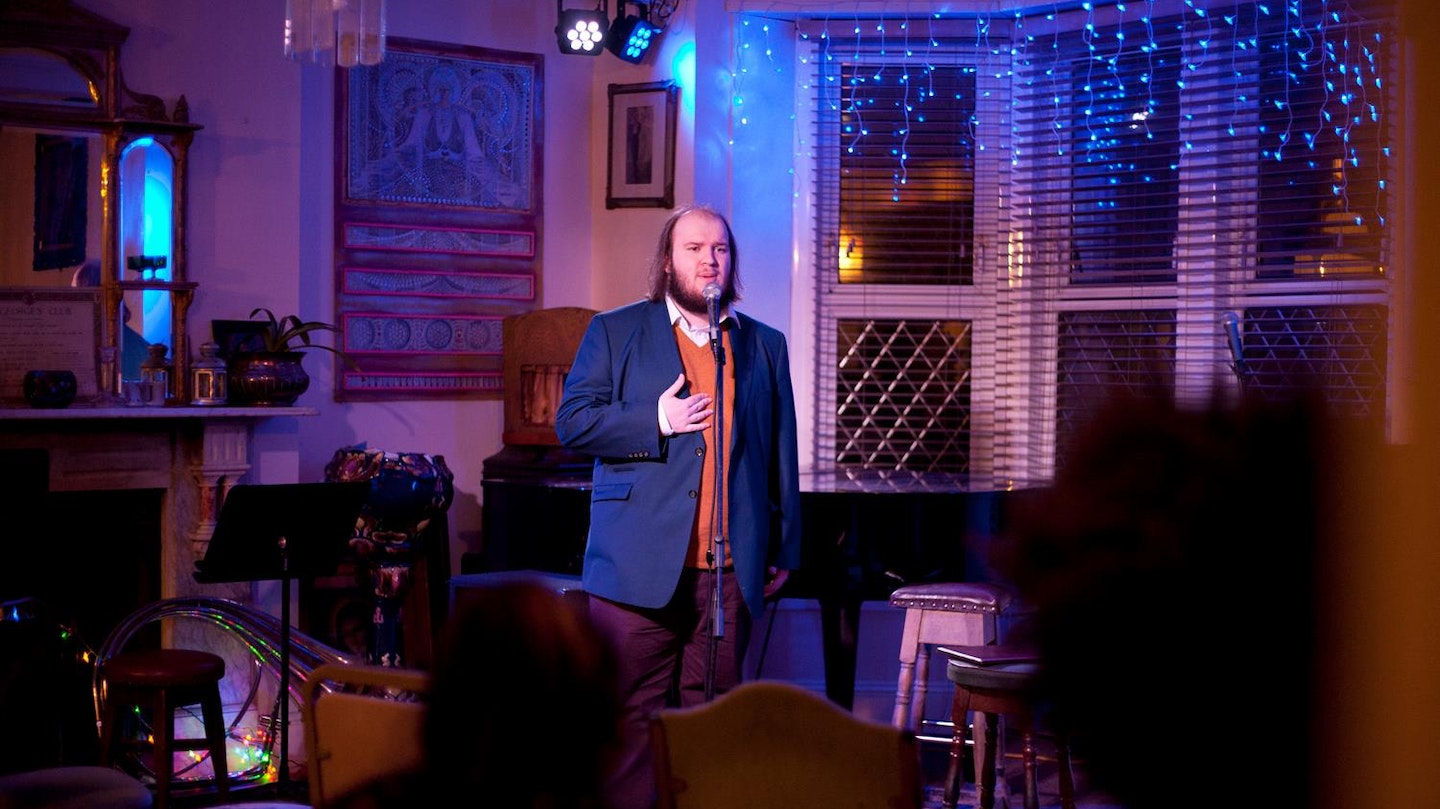 The Art House Cafe
178 Above Bar St, SO14 7DW Southampton

Welcome to the very first Matt L.T. Smith & Friends! Taking over from the incredible Duncan Green & Friends (who presumably ran out of friends) Matt is now helming the night to bring you a bi-monthly showcase of poetic goodness. For the very first event we will be entertaining Hampshire's resident poetry goth Mollie Russell and a returning Southampton native who's making big waves in the big city Christy Ku! Tickets will be £5 in advanced and £7.50 on the door (ticket link coming soon!) Doors will be at 7:30pm and we will aim to start at 8pm. Read more about the nights acts below

Despite what superstition may tell you, Mollie Russell did not emerge from a forgotten tomb or the eyeliner wings of Siouxsie Sioux. She cannot be stopped by garlic, silver bullets, or religious iconography. Instead, she delivers conversational confessionals on all sorts of 21st-century horrors: politics, living with autism, womanhood - and some really terrible birthday parties.

Christy Ku is an up-and-coming London based creative. She has performed across the capital, including at The Jazz Verse Jukebox, Broadway Barking and has worked closely with the Barbican Centre as a Barbican Young Poet and creator and performer for the show ‘A Change is Gonna Come’ in collaboration with Boy Blue Entertainment. Christy is also a short story writer, journalist, digital content producer and photographer. She is currently working towards her debut poetry collection.

Matt L. T. Smith often writes about change. In his piece ‘Sclerosis’ commissioned on the topic of change, for Southampton’s Festival of Words, Matt explored how change can be personal. A member of Barbican Young Poets Matt performed in the spoken word show A Change is Gonna Come, a collaboration between BYP and Boy Blue, at the Barbican’s Pit Theatre, directed by Jacob Sam-La Rose and Mikey J. Most recently Matt was "hand-picked by Joelle Taylor herself" to perform a set at the SLAMbassadors 2018 Showcase and worked with the BBC Symphony Choir on a rendition of David Lang's Memorial Ground broadcast on BBC Radio 3. Through his work, Matt seeks to convey the intimacy of change through explorations of family and mental health that try to capture emotional truth through abstraction.