As 2017 marks the tenth anniversary of Lemuria’s debut album, ‘Get Better’, the Buffalo indie-punk trio have announced a tour of the UK and Ireland in July to celebrate the record. They’ll be playing ‘Get Better’ in its entirety at each of the nine dates, as well as a carefully-picked selection of compositions that span their time together as a band. Tickets on sale Friday at 10am.

‘Get Better’ and Lemuria’s discography as a whole have lit the way for many a contemporary emo, punk, alt or indie entity.

Shortly prior to the album’s creation, drummer/vocalist Alex Kerns lost his father and explains that “after a funeral fiasco and during a climax of grief, we began writing our first album ‘Get Better’. An album title with a few meanings to me, but mostly it was elemental for me to simply get better… I wrote it on my snare and two tom drums. GET BETTER. An imaginary coach to remind me to move forward and never let myself be finished with the craft.

I’ve been revisiting the album hearing a decade old reflection of myself talking back to me with monumental indifference. I remember that me. I’m still that me sometimes, just not so hard panned. I was so different then, and I’ll be so different again. Listening back I find a sanctuary, a place where nothing is permanent, where feelings are tempered with time and glass becomes sand…

Now that you know the setting, it may give some of the lyrics more clarity. Themes rooted in stress and clouded with numbness simultaneously. Time might not expire the feelings the decade old songs document, but it provides proof of your ability to pivot.”

‘Get Better’ will also be getting a UK anniversary reissue.

"The Buffalo band’s earnestly heartfelt punk rings just as true now as it did then, and Get Better and all of Lemuria’s subsequent releases serve as a touchstone for a lot of bands in the contemporary emo scene." - Stereogum 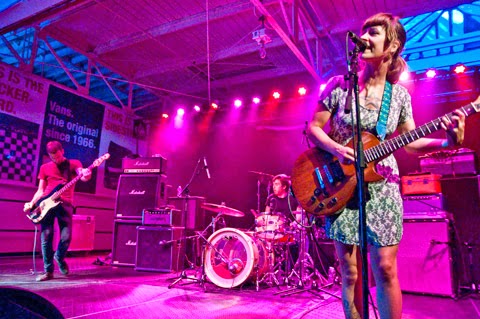