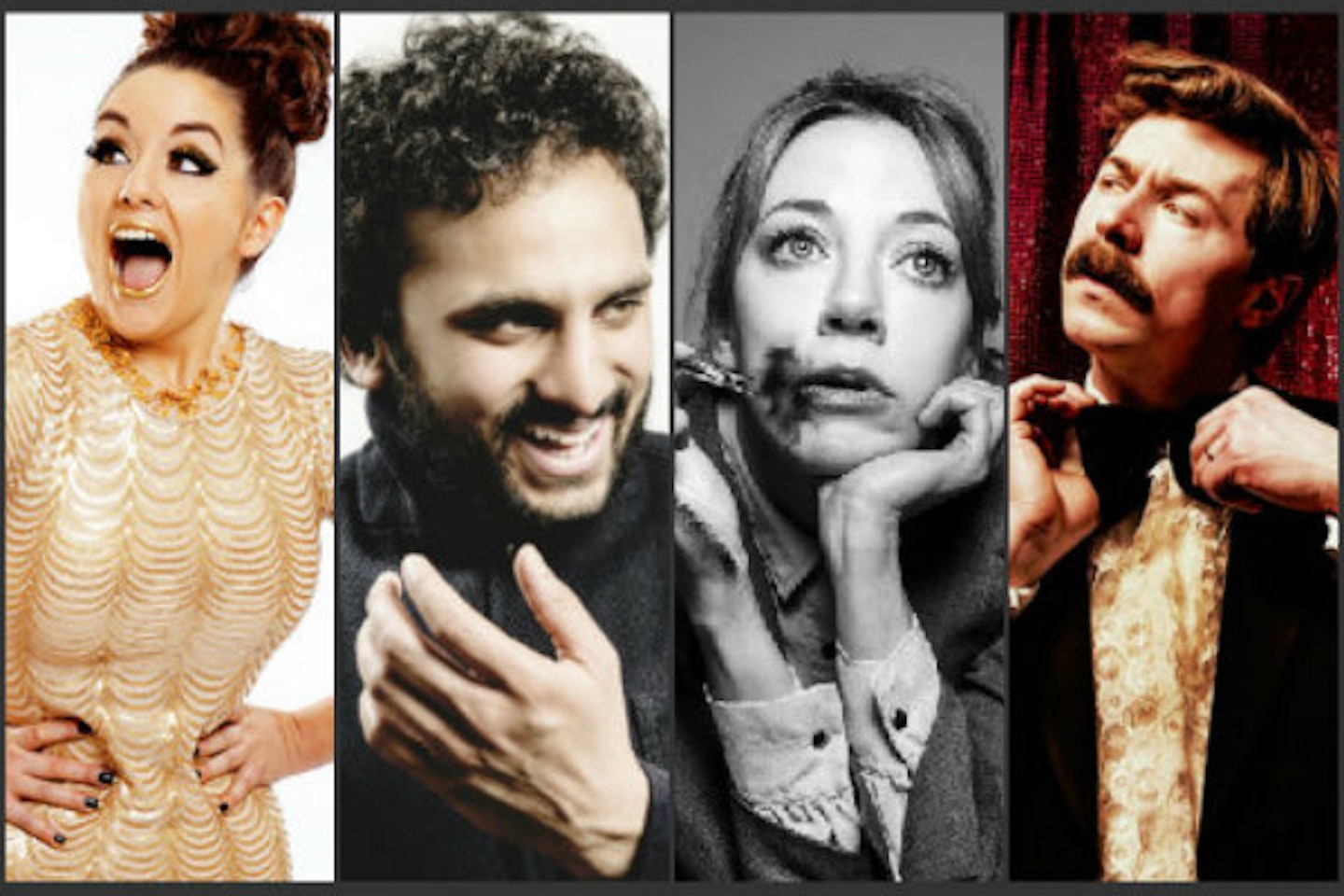 Super Smart and slick Nish has featured in the second series of Stewart Lee-curated The Alternative Comedy Experience on Comedy Central. He's just finished another successful run at the Soho Theatre with his third Edinburgh Show, the catchily named Ruminations on the Nature of Subjectivity.

"If you like your comedy to be intelligent, inventive, thought-provoking and delivered with a passion, urgency and enthusiasm then you're going to love Nish Kumar's show" ***** – TimeOut

"a tight, smart set from a comic who confesses self-absorption while engaging expansively with the way we live now" **** – The Guardian

"Nish Kumar is the Asian answer to John Oliver" **** – Chortle

Half of acclaimed sketch group Two Episodes of Mash

Star of Channel 4's Man Down with Greg Davies

Wild character comic who's recently been on ITV's Bad Bridesmaids.

"Burn is so adorable that both the men and the women in the audience fall in love with her. A natural with physical comedy… and her writing reveals some absolute gems. Bribe or blag your way into the H Club post- haste" – **** Chortle