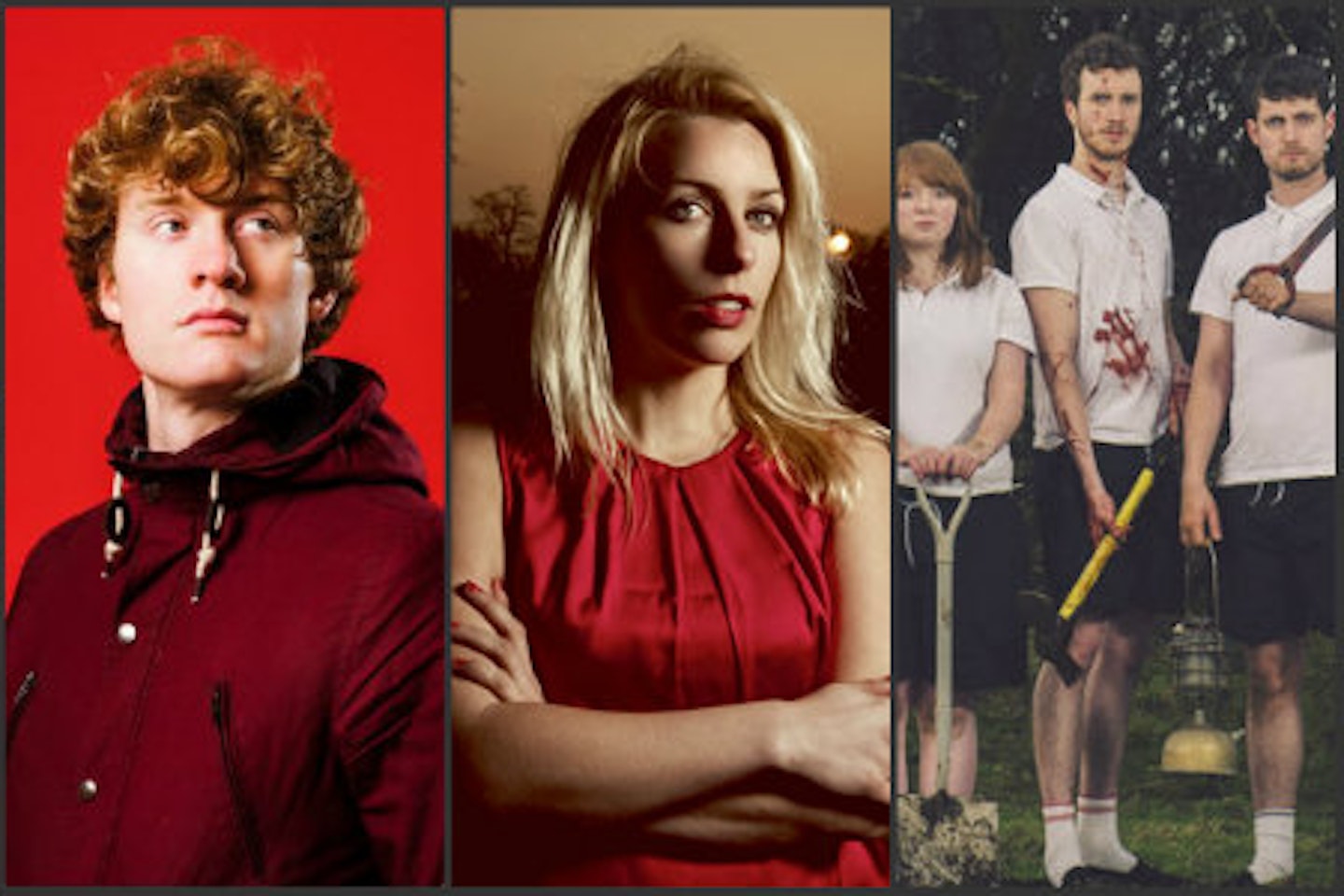 Out and out one of the most interesting and funny acts on the circuit. Telly appearances include Live at the Apollo, QI, The Thick of it & Never Mind The Buzzcocks.

"This is stand-up of the highest, most playful order" -**** The Guardian
"A superb set-builder, with inspired callbacks and a clever climax" – **** The Independent
"A highly distinctive work from one of comedy's most original voices" **** Evening Standard

GEIN'S FAMILY GIFTSHOP
The Manchester based sketch group have taken the circuit by storm with their slightly twisted but deliciously funny act leading to critical acclaim and a Soho theatre run.
Edinburgh Comedy Awards 2014 Best Newcomer nominees
Chortles Comedy Awards 2015 Best Newcomer & Character or Sketch Act nominees
"A joy to watch, provided you don't suffer from a nervous disposition" — *****The Skinny
"the kind of sensibility that would unsettle even the darkest League of Gentlemen fan" — *****The Sunday Times
"A blistering debut hour of twisted, surreal humour" — **** The Metro