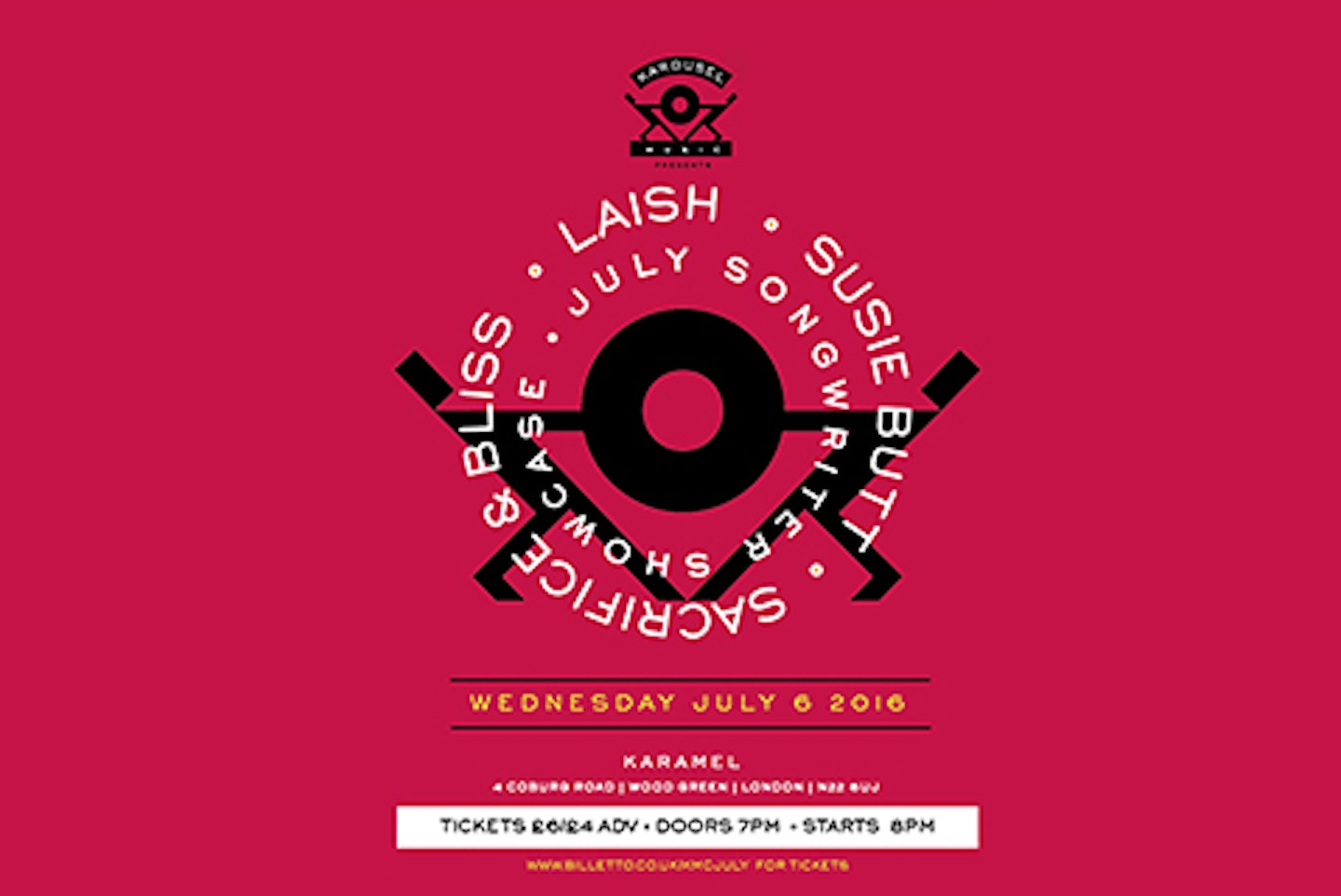 This coming Wednesday, we're back in Wood Green for our last showcase there of the season. Elated to have Laish play for us for the first time - the new record is a firm favourite at HQ. In the words of For Folk's Sake "Laish have a reputation for playing joyous, rousing live sets...", the new record got 9.5/10 in MusicandSuch and Louder Than War were just as enthusiastic, enthusing that the record is "wry, funny, sad and moving and very very pretty. I loved every tiny little bit..." Recent shows include some of the UK’s most prestigious venues including Union Chapel, Roundhouse and Barbican. Laish have toured extensively across UK and Europe and performed at festivals including End of the Road Festival, Larmer Tree, Smugglers and Cambridge Folk.

Joined by Aussies Sacrifice & Bliss - they've been getting a load of support from Tom Robinson on 6 Music, as well as some radio 2 - they'll be doing a set akin to a Baroque Radiohead. And finally, the lovely Susie Butt will be folking you all up with some gorgeous wee tracks that are somewhere between Linda Perhacs and Maz O' Connor. Every penny we take from these shows goes to the artists. It's a snip - we hope you'll come along and wave us off into a glorious Karamel summer.