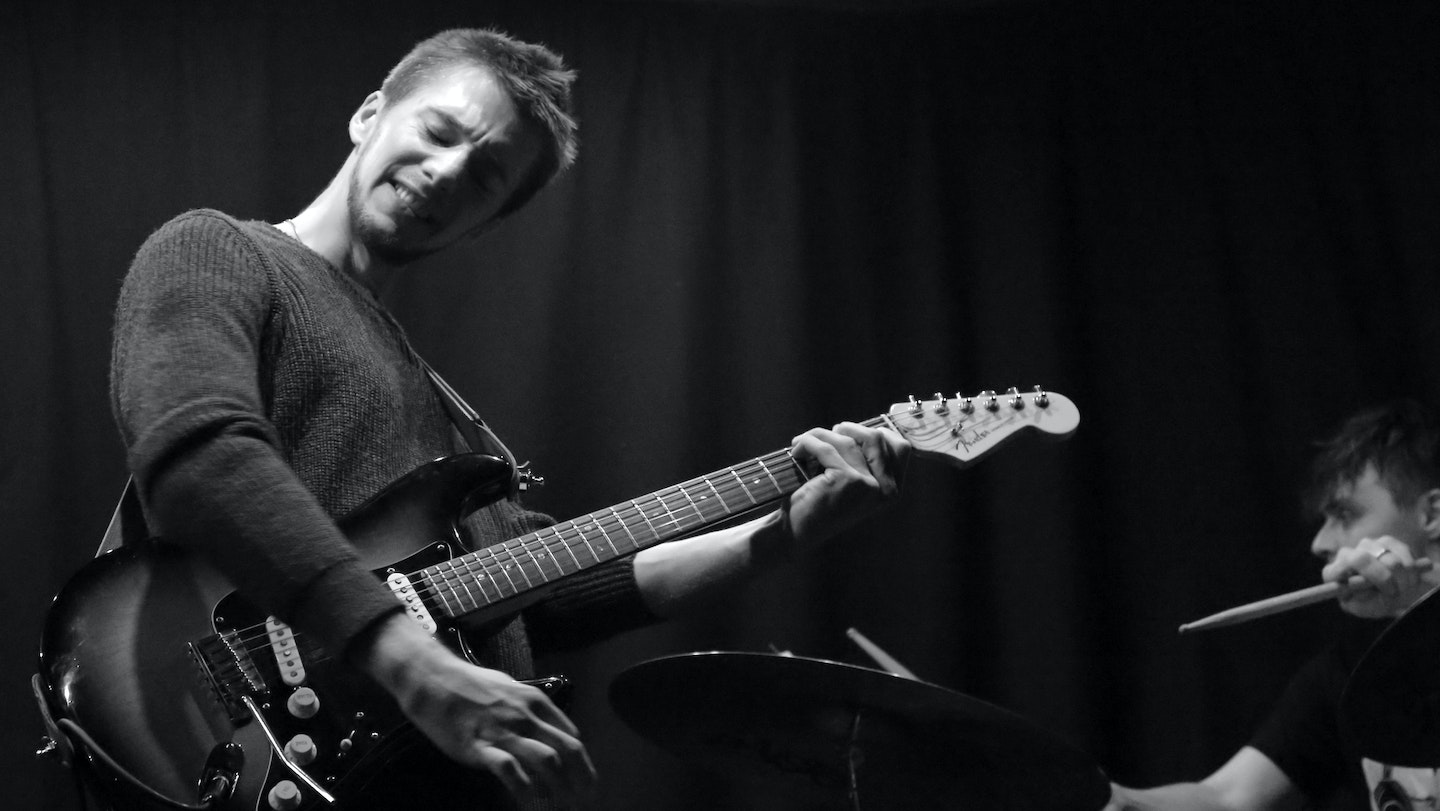 Bringing an intriguing set of original music to Hampstead Jazz Club on March 19th 2020, expect a dynamic and expressive performance from this guitar trio.

Jack Gillen is a London based guitarist and composer who fuses Jazz, Rock, Folk, Blues, and Classical influences into a distinctive style of his own. His compositions feature dark harmonic twists and turns, lots of improvisational interaction between musicians, and song-like melodies sung with a raw, expressive guitar tone. This high energy guitar trio, featuring the grooving and explosive combination of Darren Beckett (Kurt Rosenwinkel, Aaron Parks, Lee Konitz) on drums and Phil Donnelly on bass, bring a dynamic set of idiosyncratic music to Hampstead Jazz Club March 19th 2020.

Jack Gillen began his musical life at age 7, studying classical guitar avidly before discovering Jimi Hendrix at age 15. This discovery opened up pathways into blues, jazz, rock and soul music, and ushered in an obsession with the electric guitar. After studying Jazz for 3 years at Leeds College of Music between 2010-2013, Jack returned to his hometown of London, cutting his teeth as a session guitarist/ co-writer/ musical director/ producer, working with artists in many different musical settings. After a few years of being a musical chameleon, he decided to dig deeper into his own identity as an artist and composer, the first evidence of this being his debut EP ‘The Long Way Down’.

Fusing Jazz, Rock, Folk, Blues, and Classical influences into a distinctive style of his own, the EP featured melodically focused compositions, dark harmonic twists and turns, lots of improvisational interaction between musicians, and raw, stinging guitar tones. Since then he has been building a special musical chemistry with his trio, featuring Darren Beckett (Kurt Rosenwinkel, Aaron Parks, Lee Konitz) on drums and Phil Donnelly on bass, and honing and expanding on his identity as a composer.