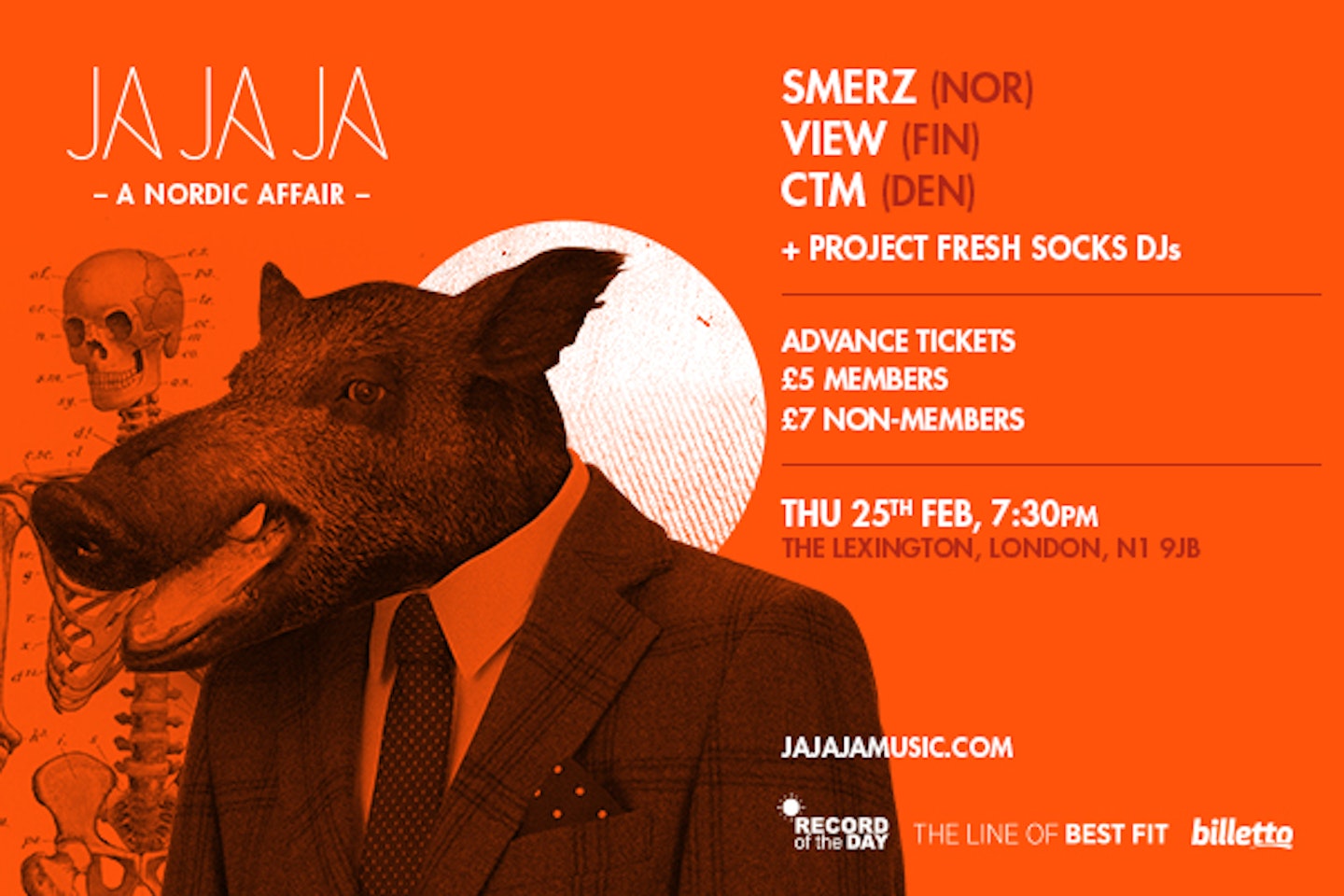 A brand new year is now well and truly under way, bringing with it a whole new season of Ja Ja Ja shows!

That's right, we're thrilled to bits to announce that your monthly Nordic pop-stop Ja Ja Ja will return to London in February 2016 - bigger, brighter and better than ever before!

To kick off the year as we mean to go on, we've got three of the most exciting, most inventive and - to quote our friends Bill & Ted - most excellent new artists from the Nordics lined up to get Ja Ja Ja's new season off to the best start possible.

Joining us at The Lexington, London on Thursday 25th February are Norwegian electronic duo Smerz, Finnish rapper View and Denmark's dazzling CTM. It's going to be an evening packed full of diverse, indulgent and delectable new music - so make sure to join us there!

Sign up as a Ja Ja Ja member to be the first to hear about our events, and to access exclusively discounted tickets as well as super-hot offers on Nordic activities around town...

Copenhagen-based production duo Smerz, aka Henriette and Catharina, combine heavy production with honey-sweet feminine vocals to create a unique sound with true depth and complexity, while still maintaining a refreshing minimalist feel. The promising newcomers were hyped over the summer by BBC Radio 1’s Phil Taggart, who dubbed them “the one everybody was talking about” in connection with their Øyafestivalen show. Clearly already building a reputation as a force to be reckoned with in the live arena, Noisey have even described their bewitching “commune with the digital gods of electronic music in front of a live audience like a 21st century coven wearing headphones”.

View is a 23-year-old Finnish rapper from Helsinki. Known for his mystical sound and hypnotic voice, View released his debut EP Avalon in October 2015. View says his Avalon EP is about people, emotions and moments from the past. With the aid of producer Joonas Laaksoharju, Avalon EP is a deeply personal record inspired by experiences close to View’s heart. Named one of the hottest up and coming rap artists in the region, View was included in Finland’s Future Dozen of 2016 poll.

CTM is an abbreviation for Cæcilie Trier Musik, the alias and main musical project of Danish cellist, singer and composer Cæcilie Trier. This classically trained multi-instrumentalist has long been a major part of the highly collaborative Copenhagen indie scene (often describe as the Mayhem Scene), performing with several renowned bands including the highly acclaimed Choir Of Young Believers. In 2013 Trier released her debut EP as CTM, Variations, followed by mini-album Suite for a Young Girl in 2015 via Danish record label Tambourhinoceros. Suite for a Young Girl bridges the classical world and the modern experimental popular music offering great musical experiences for fans of everything from jazz to experimental pop. Suite for a Young Girl is the results of years of hard work.