Join creative organisation PATTERNITY at the Wellcome Trust to explore INFECTIOUS PATTERN – a new project that is spreading the research Wellcome supports through a patterned installation and film.

Infectious diseases move faster and further than ever before, affecting people in far flung corners of the world and right here at home. Wellcome seeks to eliminate infectious diseases by supporting research that identifies the patterns and brings us all closer to better health. PATTERNITY’s aim is to share that work with as many people as possible, translating the battle against disease into striking, accessible visuals that turn heads, capture imaginations and broaden minds. The workshop will begin with a talk by PATTERNITY about the project, alongside an interview with Mike Turner, Head of Infection & Immunobiology at Wellcome. We will then get hands-on with pattern, creating our own visualisations of infection using macro and micro shapes that will be transformed into tote bags to wear and share. 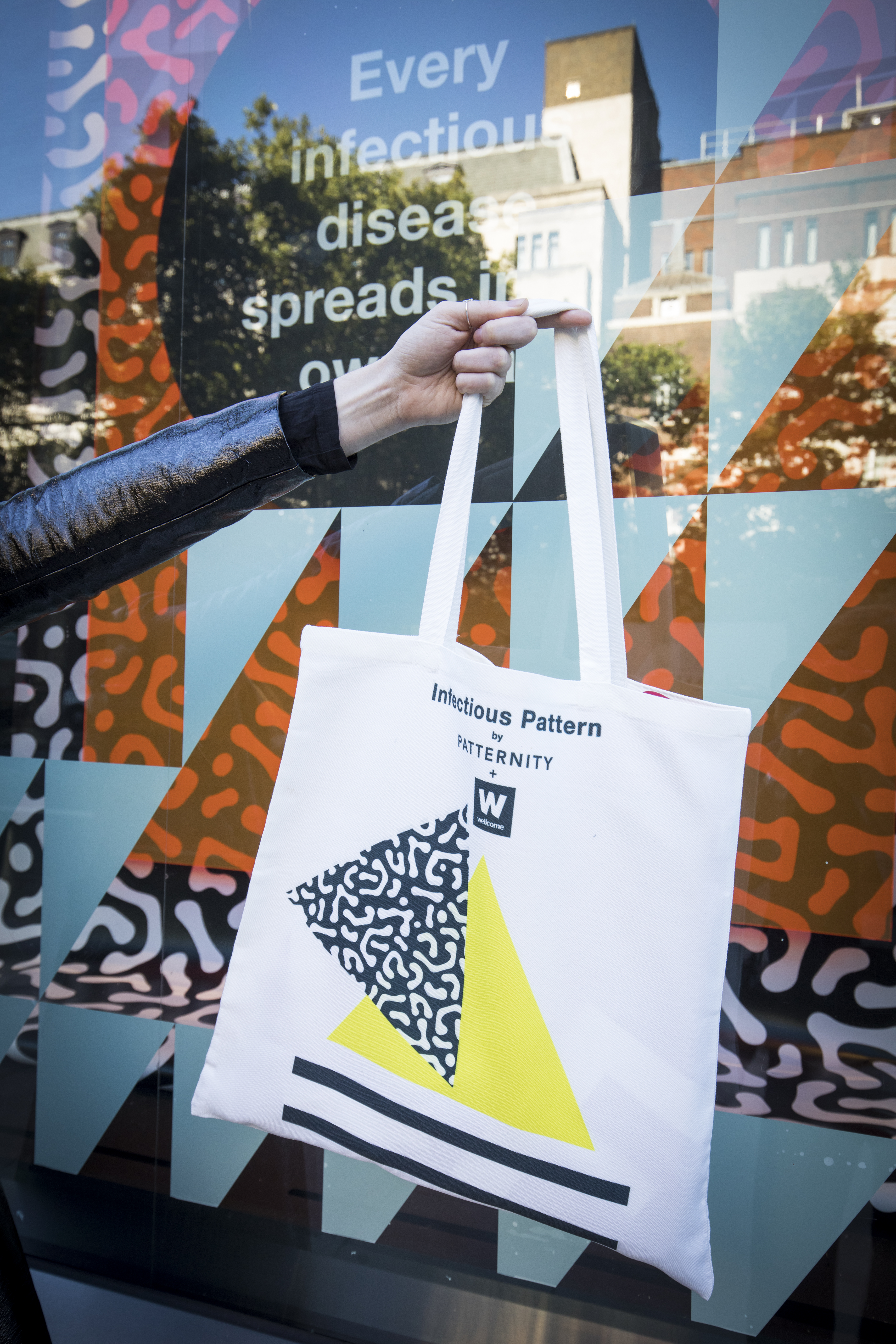 Ticket proceeds will go towards UNICEF's Life Saving Vaccine gifts; real, life-saving and life-changing supplies that are delivered to children and communities around the world.

Arrive at the modern, glass Wellcome building at 215 Euston Road by 18.45. You will need to sign in at the front desk on arrival, ready for a 19.00 start.

See the film created by PATTERNITY about the work of Wellcome

Read more about the project

About PATTERNITY
Since 2009, Anna Murray and Grace Winteringham have been decoding the visual rhythms and cycles of everyday life. Inspired by a deep-seated belief in the power of pattern to positively change the world and expand our minds, they created the world’s leading online archive of pattern imagery, both man-made and natural. From its Hackney base, PATTERNITY swiftly grew from a repository of mesmerising imagery to become a fully fledged interdisciplinary creative studio, with a programme of events and educational initiatives dedicated to encouraging and enhancing our appreciation and understanding of pattern in the world around us. Anna and Grace’s expertise, creativity and unique perspective have been sought by the likes of Apple, Bompas & Parr, the BBC, the Barbican Centre, Céline, Clarks Originals, Diageo, the Foreign and Commonwealth Office, Getty Images, Granta, Levi’s, Nike, Selfridges, the School Of Life and the V&A. PATTERNITY-designed product ranges are sold in major museums and luxury independent retailers worldwide. The first book, A New Way of Seeing, was published in 2015, followed in 2017 by Be Great, Be Grateful, a gratitude journal and guidebook to inspire people to incorporate patterns of positive thinking and behavior into everyday life.

About Wellcome
Wellcome exists to improve health for everyone by helping great ideas to thrive. It is a global charitable foundation, both politically and financially independent, which supports scientists and researchers, takes on big problems, fuels imaginations and sparks debate.