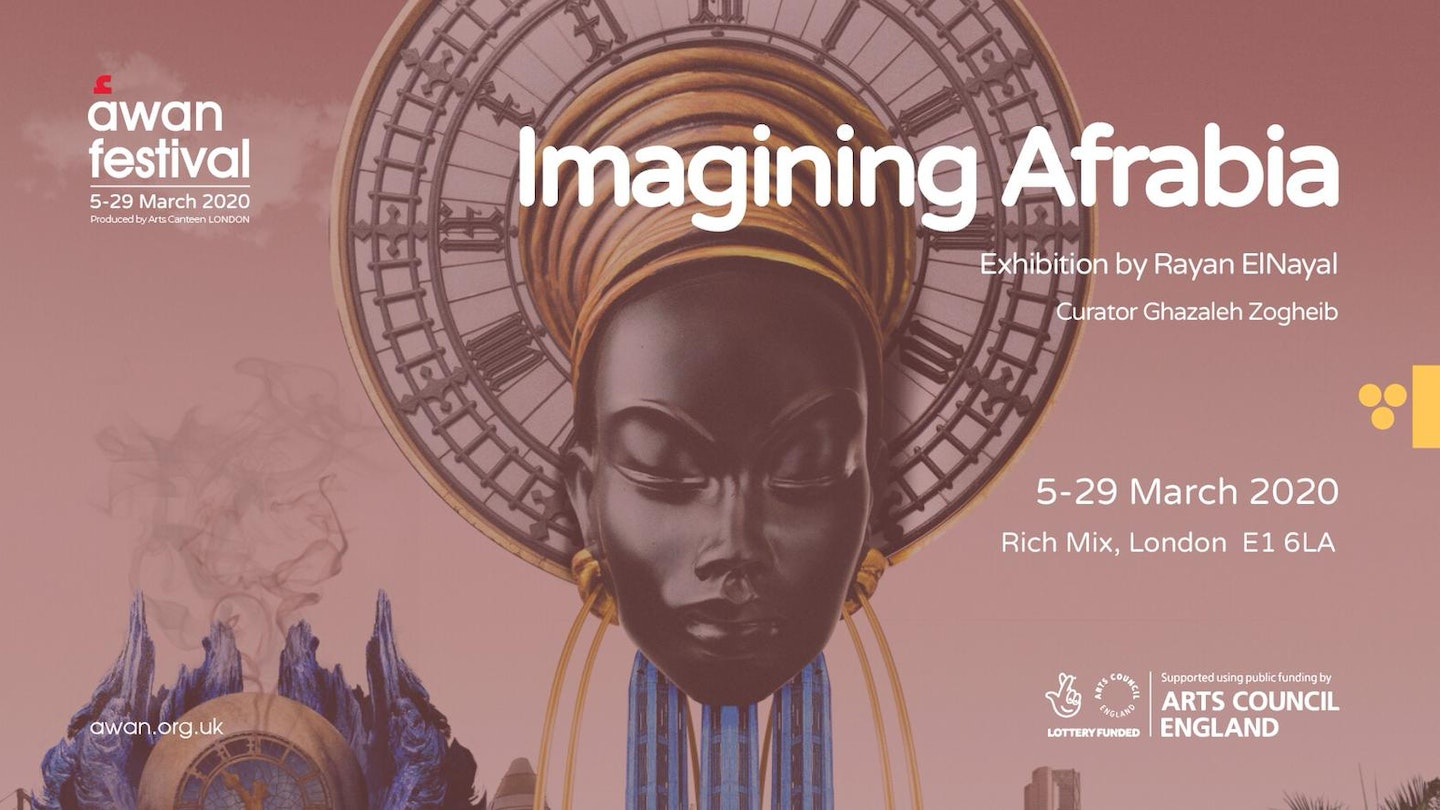 This public viewing of the "Imagining Afrabia" exhibition event is free and open to all but registration is essential to attend.

We invite you to the launch of Arab Women Artists Now Festival for an evening of free exhibition followed by ticketed music concert and networking!

The ultimate aim is to increase understanding around Arab women’s diverse realities and concerns, shed light on the art works made by Arab women artists, while providing an alternative, more nuanced narrative surrounding the Arab region and its peoples.

She takes the visitor on a journey through time and space to uncover long lost cities and redesign a future for those too often forgotten.

"As an Afro-Arab living in London, Rayan has always been drawn to the complexities of ethnic hybridity and the ‘third space’ that we often occupy" Rayan Elnayal

Rayan Elnayal is a Sudanese-British artist/designer interested in multiculturalism in art and design. She uses the skills she obtained from her architecture background to speculate and visualise imaginary Afro-Arab spaces. She is interested in how magic realist techniques can aid in the production of ethnocentric futurisms MENA. Her work is heavily influenced by the novel ‘Season of Migration to the North’ by Tayeb Salih and the works of Ibrahim El Salahi. Her interest in magic realism and the idea of ‘Afrabia’ initially started as part of her architecture graduate project at the university of Greenwich and remains and on-going project.

Born in France to a Palestinian mother and Lebanese father Ghazaleh is a curator and researcher, her work focuses on the relationship between art and learning and development of inclusive art spaces in the UK and abroad.

In 2019 she curated 'Intersection' and 'Resilience Exile Mutation', two exhibitions on visual artist Dema One, showcasing his approach to Graffiti, Calligraphy and their use for learning and self-discovery.

She organises workshops for children and adults, has held panel discussions on identity and inclusivity in the cultural sector, and has spoken about her work at the Press Play Conference in Rome.

She currently is developing projects on literary and artistic practices in partnership with King's College researchers and multiple charities as well as arts and youth organisations across London.

She uses her experience in peacebuilding to expand the reach and relevance of her work.

AWAN is produced by Arts Canteen and supported by Arts Council England.