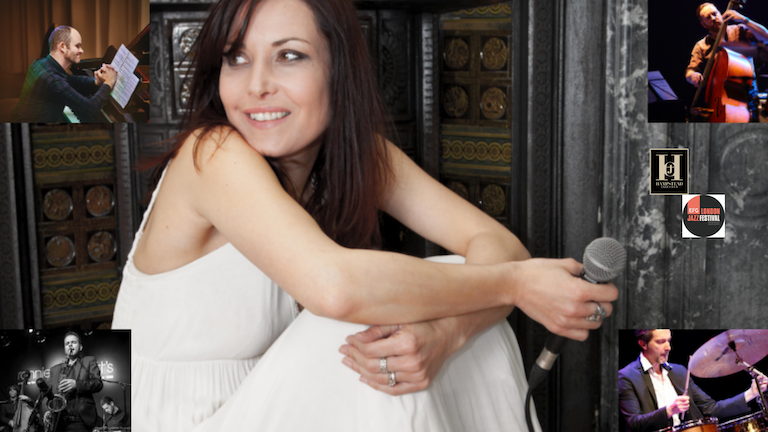 "Time And Place” is a collection of original songs composed by 'brilliant young pianist' Paul Edis, alongside arrangements of classics from the Great American Songbook, inspired by the themes of Time and Place, and interpreted by ‘velvet voiced’ singer, Jo Harrop & dynamic tenor saxophonist Tony Kofi

"Edis & Harrop" are a duo working hand-in-glove, masterful musicians in our midst…. so good one didn’t want the night to end” Russell Corbett, Bebop Spoken Here & The Northern Echo

Individually, Jo Harrop is an accomplished singer on the UK scene, appearing at the Royal Albert Hall, The 606 club, Pizza Express Jazz Club, The Sage, Scarborough Jazz Festival, amongst many other respected venues & festivals. Having started out as a singer/songwriter, including writing a song for Acoustic Alchemy’s album, Radio Contact, which was featured on Courtney Pines, Jazz Crusade radio show, she was also a backing singer for several international stars, before establishing herself as a Jazz singer.

“This girl was born to sing jazz, all the warmth and sensibility to melt even the chilliest of hearts” Blues & Soul Magazine

Described by Brian Morton for Jazz Journal as ‘A significant new voice in British Jazz’ – composer and pianist Paul Edis was selected for the prestigious talent development scheme ‘Take Five’ by Serious in 2017. His music has been played on the radio in the UK, Europe and in the US.

Saxophonist Tony Kofi first came to prominence in the 1990s as a member of The Jazz Warriors and Gary Cosby’s Nu Troop as well as playing with high profile musicians including Billy Higgins, Clifford Jarvis and Courtney Pine.

Russ Morgan studied drums at the Royal Academy of Music in London and is one of the North-East’s most sought-after drummers.

This is a fully seated event.  COVID-19 regulations apply for seating and all measures are in place to ensure the safety of the audience and the performers