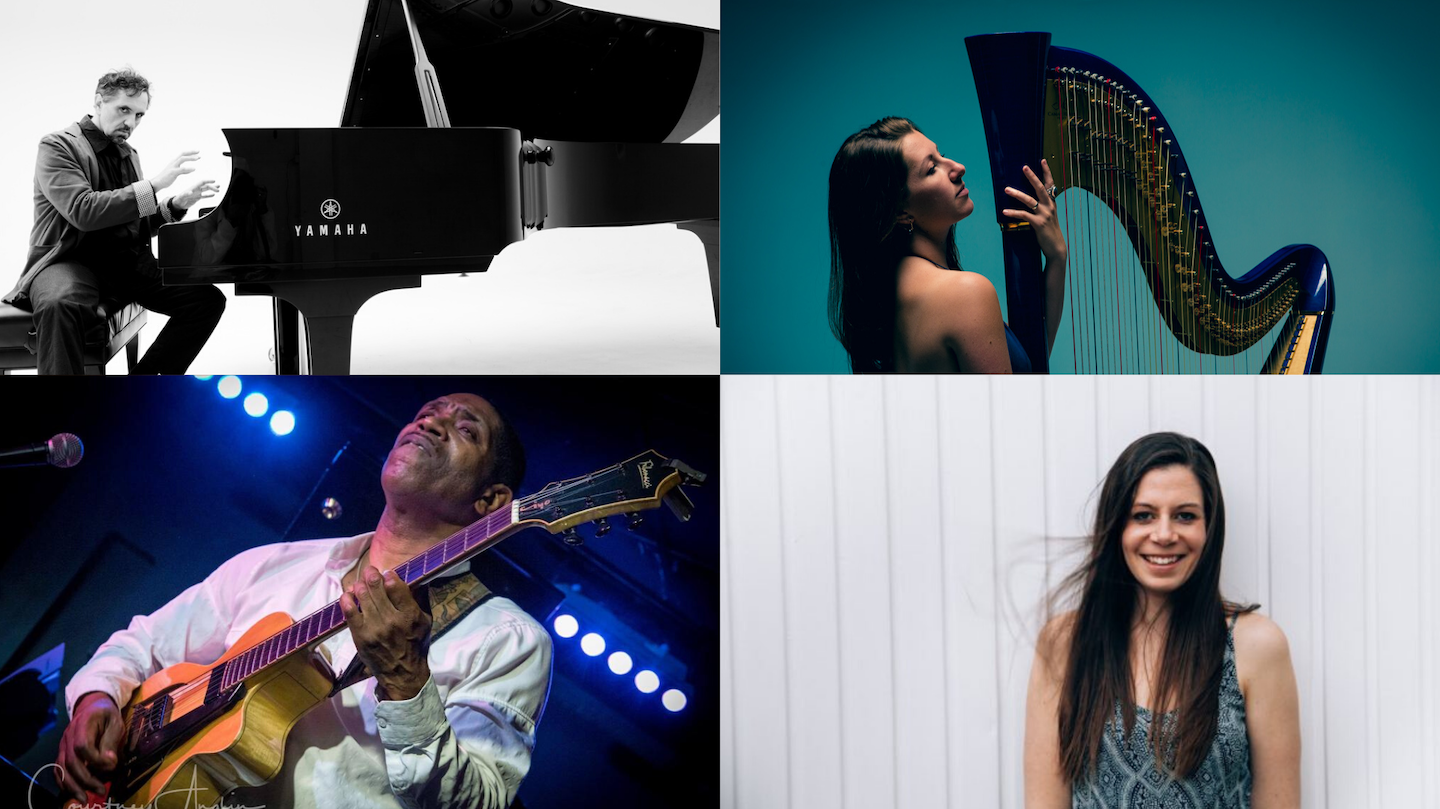 Hampstead Jazz Club is an Official Venue Partner of London Jazz Festival Week November 2019 and is Proud to Present on Sat 23 November:

More Artists to be announced shortly!

Joe Chindamo is one of Australia's most celebrated jazz pianists and composers. His art transcends jazz, having composed concertos, chamber music, film music and a very special commission: "This House" for the centenary of Australia House in London last year. His playing is virtuosic, and yet he possesses an uncanny ability to personalise anything which enters his orbit.

Joe's international reputation has led him to perform concerts all over the world, including the Umbria Jazz Festival, The Tokyo Dome and The Lincoln Centre in New York. He also toured with famed US drummer Billy Cobham for years and supported jazz singer Dianne Reeves on her Australian tour in 2006. Joe has recorded 23 CDs under his own name, played on more than 60 film scores and collaborated on recordings with many distinguished artists.

In Australia, Joe has twice won the MO award for Jazz Instrumental performer of the year, two BELL awards for best album and the APRA award for best jazz composition of the year in 2009 for 'Something Will Come to Light."

Tara Minton is a jazz vocalist and harpist from Melbourne, Australia. Since relocating to London in the spring of 2011 she has built an international reputation as a gifted performing artist and educator.

Tara has played some of London's most iconic jazz venues and has toured extensively throughout the UK and Europe over the past eight years. In 2018 Tara appeared with Björk on "Later... with Jools Holland" and had the privilege of touring with her to Barcelona to play Primavera Sound Festival. This year Tara recorded with Tom Walker, 2019 Brit winner of "Best Breakthrough Artist" and appeared with him on the BBC Radio 1 Live Lounge and The BBC One Show. Tara opened for Eurovision's SuRie in February and performed in her band for her most recent concert at Bishopsgate Institute as part of the "My Myra" concert series.

Tara is endorsed by Camac Harps and plays a Camac Big Blue. She is proud to a part of the Camac family and has given many concerts and workshops for them over the past eight years. In 2017 Tara won a scholarship to study a Masters of Jazz at The Guildhall School of Music and Drama and is the proud recipient of the Andrew Loewenthal Award given through the Tait Memorial Trust.

Acclaimed master of guitar Ciyo Brown is one of HJC's most popular and frequent Artists and part of what is now a HJC family of talented resident musicians.  Since HJC opened in Nov 2017, Ciyo has presented some of the industry's most reputable and talented musicians and singers, always delivering a consistent line-up of some of the most celebrated musicians on the live music circuit.

Ciyo's illustrious musical career celebrates pioneered fusions of jazz and reggae with a successful release of six albums under his own name. The sixth album “Put a little jazz in their lives” expertly unites the beautiful complexity of jazz with the subtle rhythmic undertones of reggae.

Lauren has just released her debut album with the help of award winning vocalist Ian Shaw as producer.  It premiered at the famous Dean Street Pizza Express in Soho, London and will begin touring around the UK and Europe this summer.

Traveling extensively around North America, Lauren has had some amazing opportunities to perform. Early in her career she was lucky enough to sing with the opening band for Maynard Ferguson. She has performed at the Victoria International Jazz Festival, the London Jazz Festival, Royal Albert Hall and the famous Pizza Express Dean Street in London. Lauren was a top 20 finalist in the Riga Jazz Stage Competition in Riga, Latvia in 2014 and was a Top 5 Finalist in the Sarah Vaughan International Jazz Vocal Competition in 2016, travelling to New Jersey to compete with the other 4 finalists where she performed for Shiela Jordan, Dianne Reeves and Christian McBride among others.