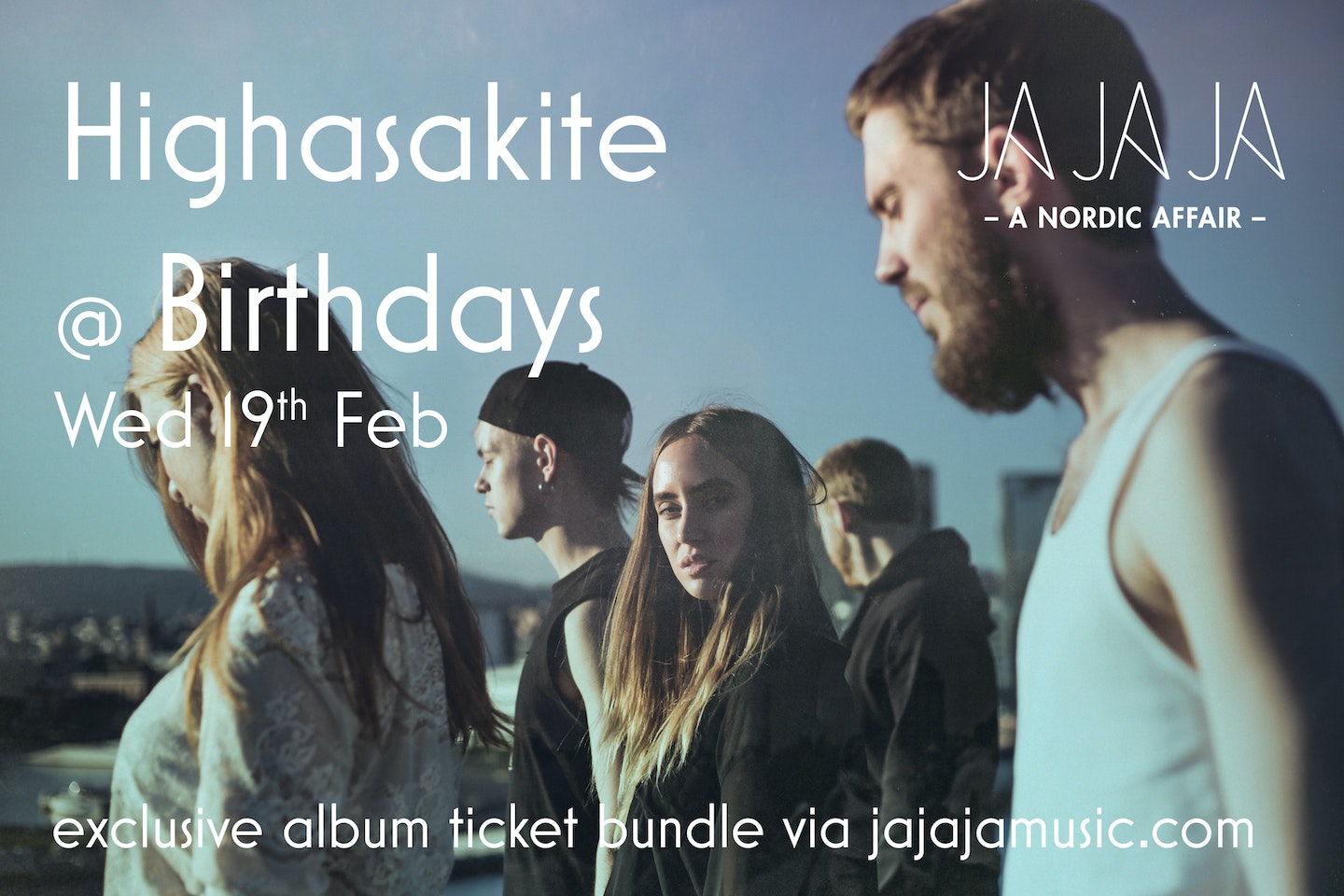 Ja Ja Ja are proud to have teamed up with Killimanjaro for the UK launch party of Highasakite's debut LP 'Silent Treatment', set for release on Mon March 3rd.

We are pleased to offer an exclusive ticket/CD/Vinyl bundle only available via Ja Ja Ja. The bundle allows fans to purchase the album a full two weeks before general release.

The band previously sold out their Ja Ja Ja club show appearing along side MØ and their last trip to the UK saw them playing to a packed out KOKO.

"The band is an intriguing proposition, matching blissful indie pop with electronic inflections to a rare sense of fantasy" - Clash Music

For a preview of what to expect, below is a video taken at the 2014 Norwegian Grammy's: