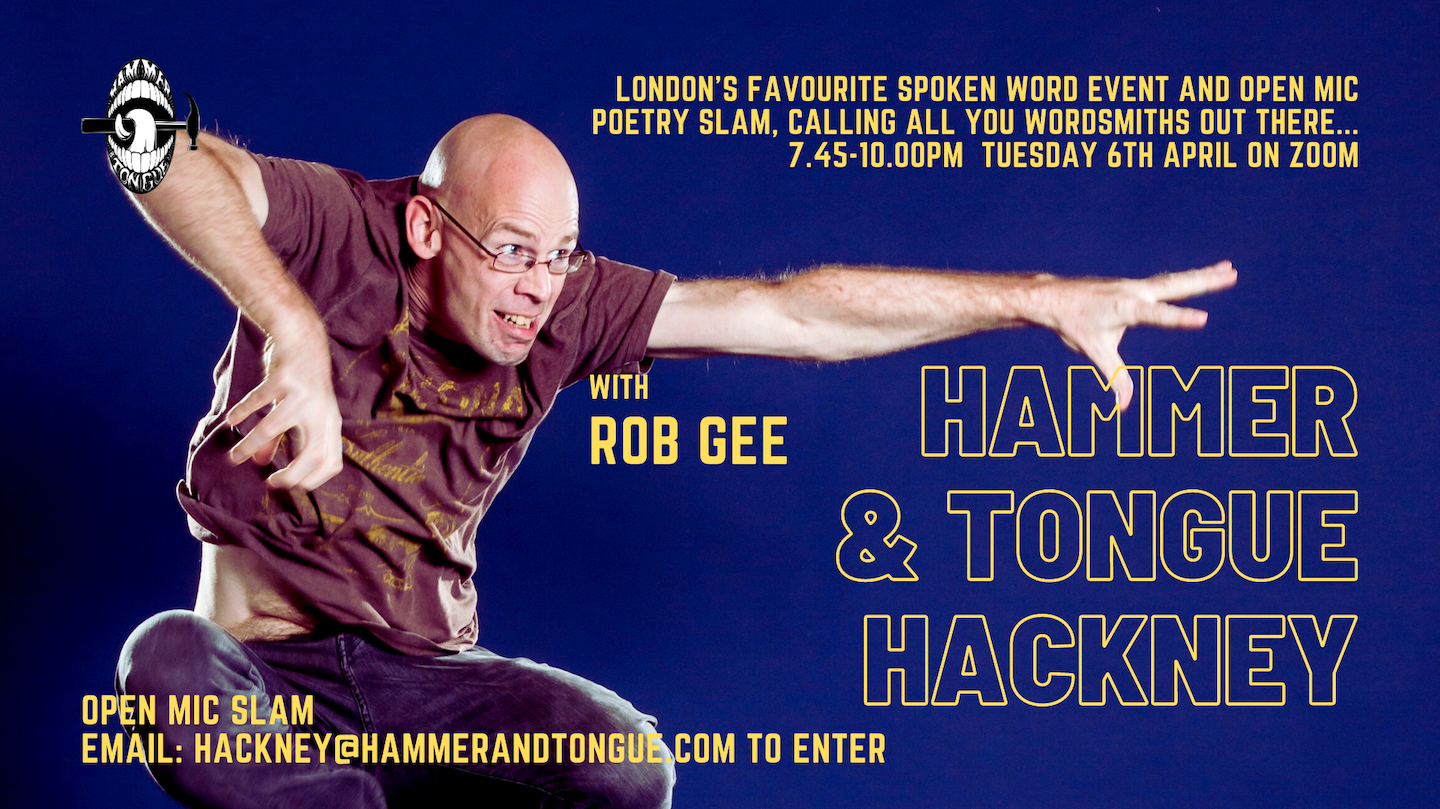 Rob Gee
Comic, poet and reformed mental health nurse, Rob has won numerous poetry slams, including the Edinburgh Slam, the Arts Council’s Lit Up Slam, BBC Two’s Why Poetry Matters Slam and the Orlando Poetry Smackdown. He’s performed at over a hundred fringe festivals across the world and received over twenty awards for his solo shows. He is patron of Leicestershire Action for Mental Health Project (LAMP) and lead artist for the Comedy Asylum: comedy shows written and performed by people receiving mental health treatment. His new book, 'The Day My Head Exploded', contain poems drawn from Rob's experiences as a nurse, inpatient and writer in healthcare settings.

“A tornado of hilarious stories, Seussian poems and observational comedy… be prepared to be blown away”
Canadian Broadcasting Corporation

Open Mic Slam
8 places available on a 1st come 1st served basis, open to any poet, any style. Poems are judged by the audience and the winner gets a set at the start of the next event and a place in the end-of-season H&T Hackney final. 3.5minutes. 1 round only. No music, no props.