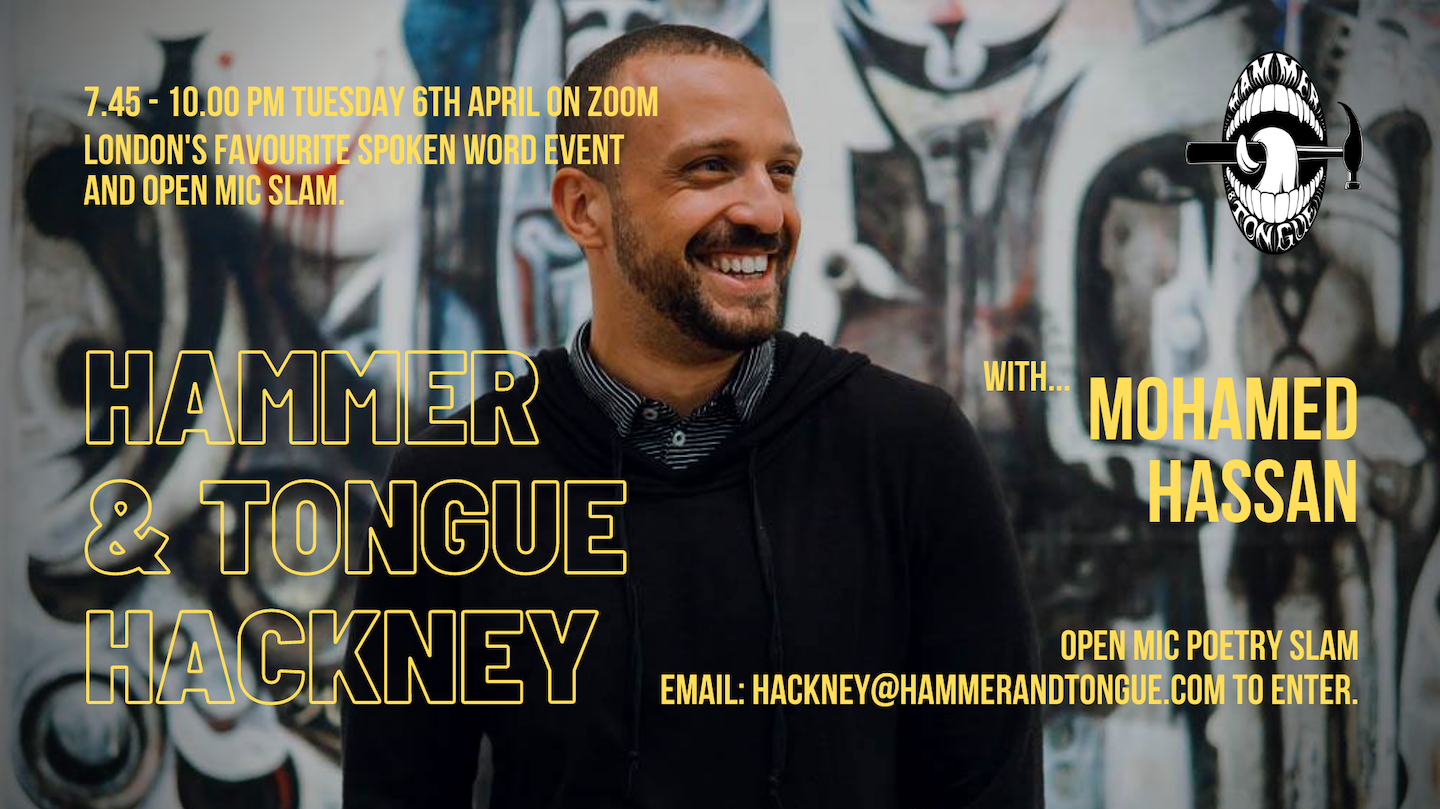 As Chaucer observed in 1387, April is a month for coming out and enjoying the sweet buds of Spring, and it is also a time to celebrate the new season with poetry. This April, H&T Hackney will gather pilgrims from all ends of the country and beyond for an online feast of spoken word and live poetry.

Special guest feature from New Zealand poet and journalist, Mohamed Hassan, and another round of the open mic slam.

Mohamed Hassan
Award-winning journalist and poet from New Zealand. He was the winner of the 2015 NZ National Poetry Slam, a TEDx fellow and recipient of the Gold Trophy at the 2017 New York Radio Awards. His poetry has been watched and shared widely online and taught in schools internationally. He was the H&T Hackney slam winner in 2020 and his debut collection of poetry, National Anthem, was released shortly after and is shortlisted for the NZ National Book Awards.