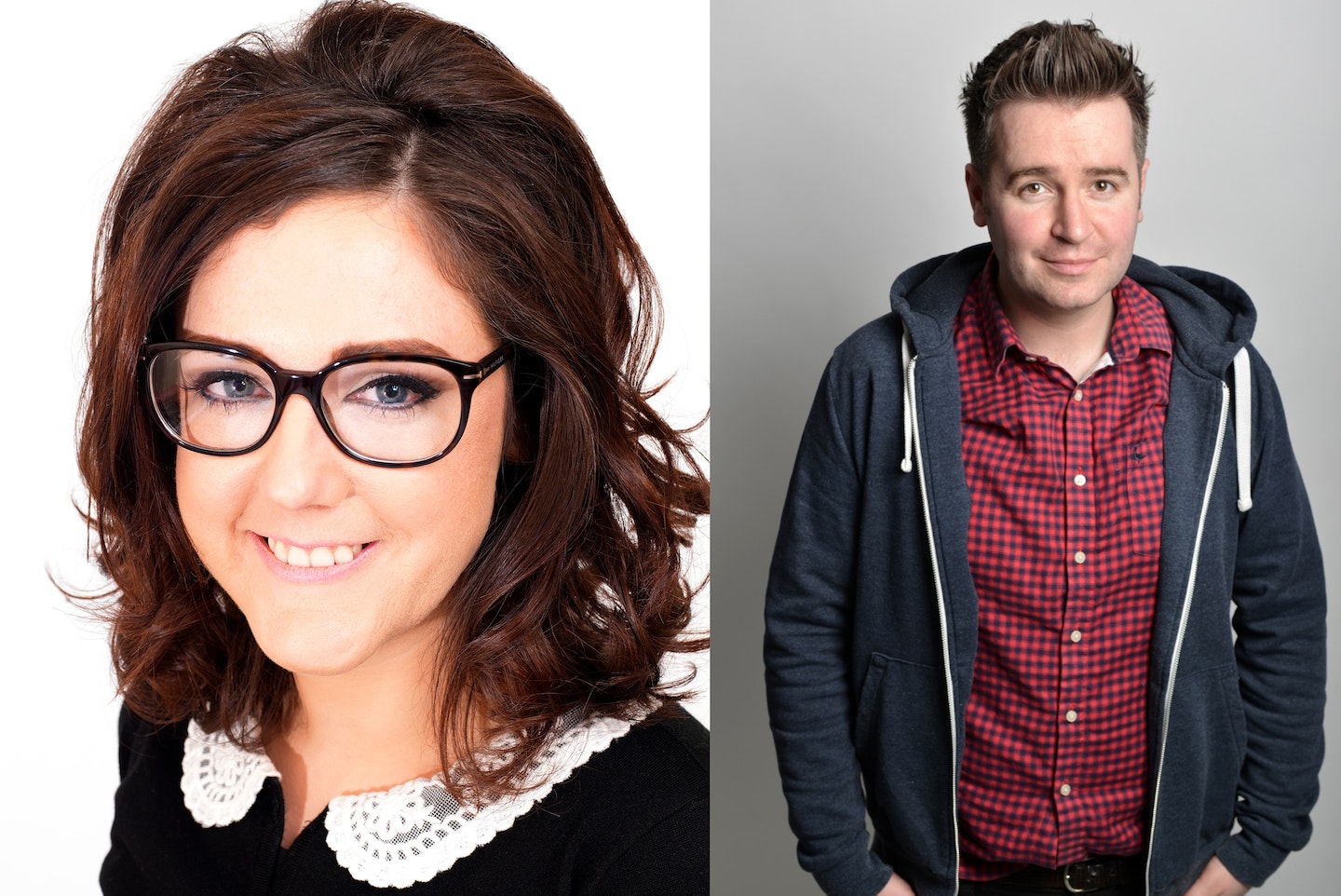 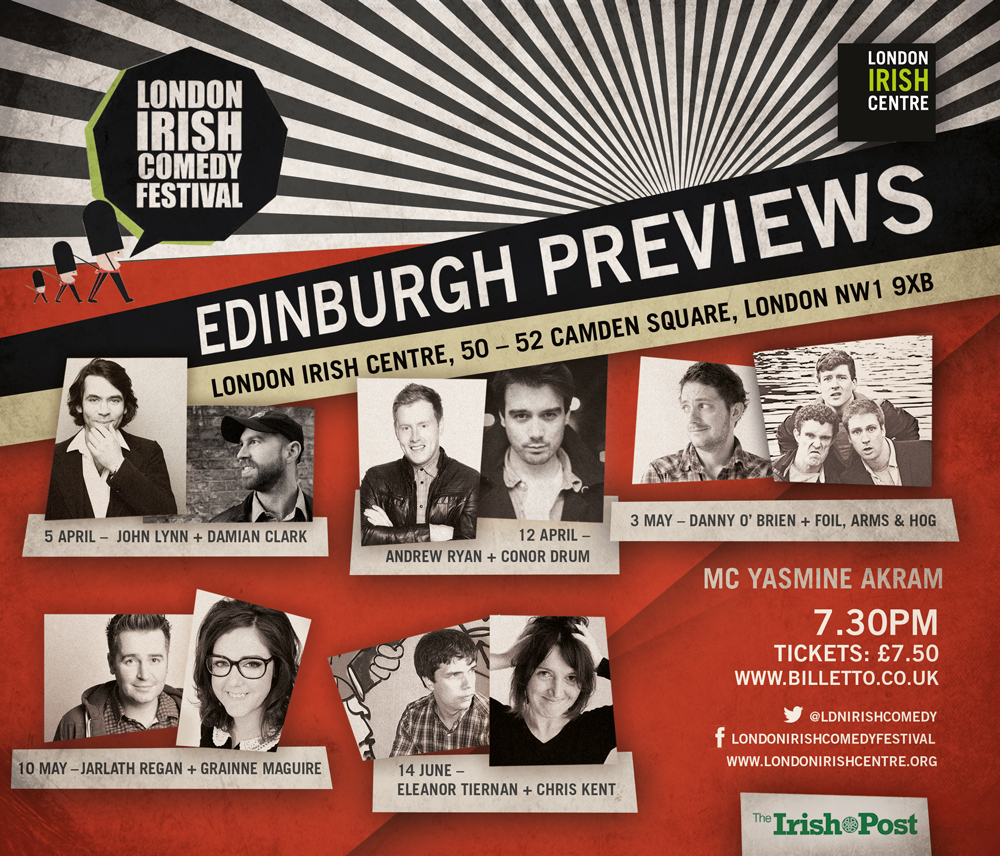 Each London Irish Comedy Festival Edinburgh Preview gig will feature a double bill of the best of Irish comedians. Edinburgh on your doorstep.

GRAINNE MAGUIRE
WHAT HAS THE NEWS EVER DONE FOR ME?

What Has The News Ever Done For Me? is a new topical news panel show hosted by Gráinne Maguire. Every day she will be joined by three top comedians at the fringe where they will each have to persuade Gráinne and her audience why the news story that has most impacted their life personally that week is the one they too should all care about.

It’s a fun, irreverent show that will pitch NHS reforms against Cheryl Cole going blonde and asks which one will affect the most people’s lives. Really. I mean really really. It’s not so much dumbing down the news, so much as dumbing up. Finally an intelligent topical panel show for people who mean to read the papers.

Gráinne Maguire has written for Radio 4’s News Quiz, The Now Show, Dilemma and Newsjack. In 2013 she followed in the footsteps of Douglas Adams, Stewart Lee and Richard Herring and was awarded Radio Comedy’s prestigious Comedy Writer’s Bursary.

As a comedian she has appeared on Stewart Lee’s Alternative Comedy Roadshow on Comedy Central and Radio 4’s An Idiots Guide and The Now Show. She is the only comedian to have supported both Rob Delaney and Ed Miliband.

“An exceptional comedy mind” The Skinny

JARLATH REGAN
EVERYTHING IS A WORK IN PROGRESS

The creator and host of the Award Winning Irishman Abroad podcast is working some stuff out. Expect jokes, stories and projections about figuring it all out. Don't expect elaborate dance numbers, songs about being special, touching anecdotes and homemade costumes. All of those things might happen, you just shouldn't expect them.

Award winning comedian and writer for Russell Howard’s Good News and the hit Irish panel show, The Panel, Jarlath Regan has gained a reputation with the industry and audiences for his uplifting, inventive and relentlessly funny stand-up, enjoying sell-out runs at the Fringe since 2007. A finalist in both the BBC and Channel 4 New Comedy Awards, Jarlath’s first published book How To Break Bad News was an instant best-seller. It gained many celebrity fans including Ardal O’Hanlon who called it “Original, funny and deliciously wrong!” Jarlath’s second book Putting A Ring On It - What Not To Do When Attempting To Get Married became a cult hit in his homeland.

Yasmine is a comedian, actress and writer. She is part of double act Ford and Akram (she's the Akram) who brought their shows Humdinger and Bamp to the Edinburgh festival in 2011 and 2012. As a solo artist Yasmine is a stand up as well as co-writing and starring with Aisling Bea in their Chortle nominated BBC Radio 4 show Irish Micks and Legends. Yasmine has appeared as a panelist on BBC1 NI's Monumental as well as What's the Story for BBC Radio Wales. As an actor she's been in numerous shows including Stella (Sky1). The Centre (RTE2) and Sherlock (BBC1).