Continuing the success of the inaugral 2015 edition, Best Fit's 'Five Day Forecast' returns to The Lexington, London - a stone’s throw from London’s Kings Cross - to showcase the very best in new music for the year ahead.

Tickets are on sale now starting at just £6 each.

Five Day Forecast is an 18+ event. 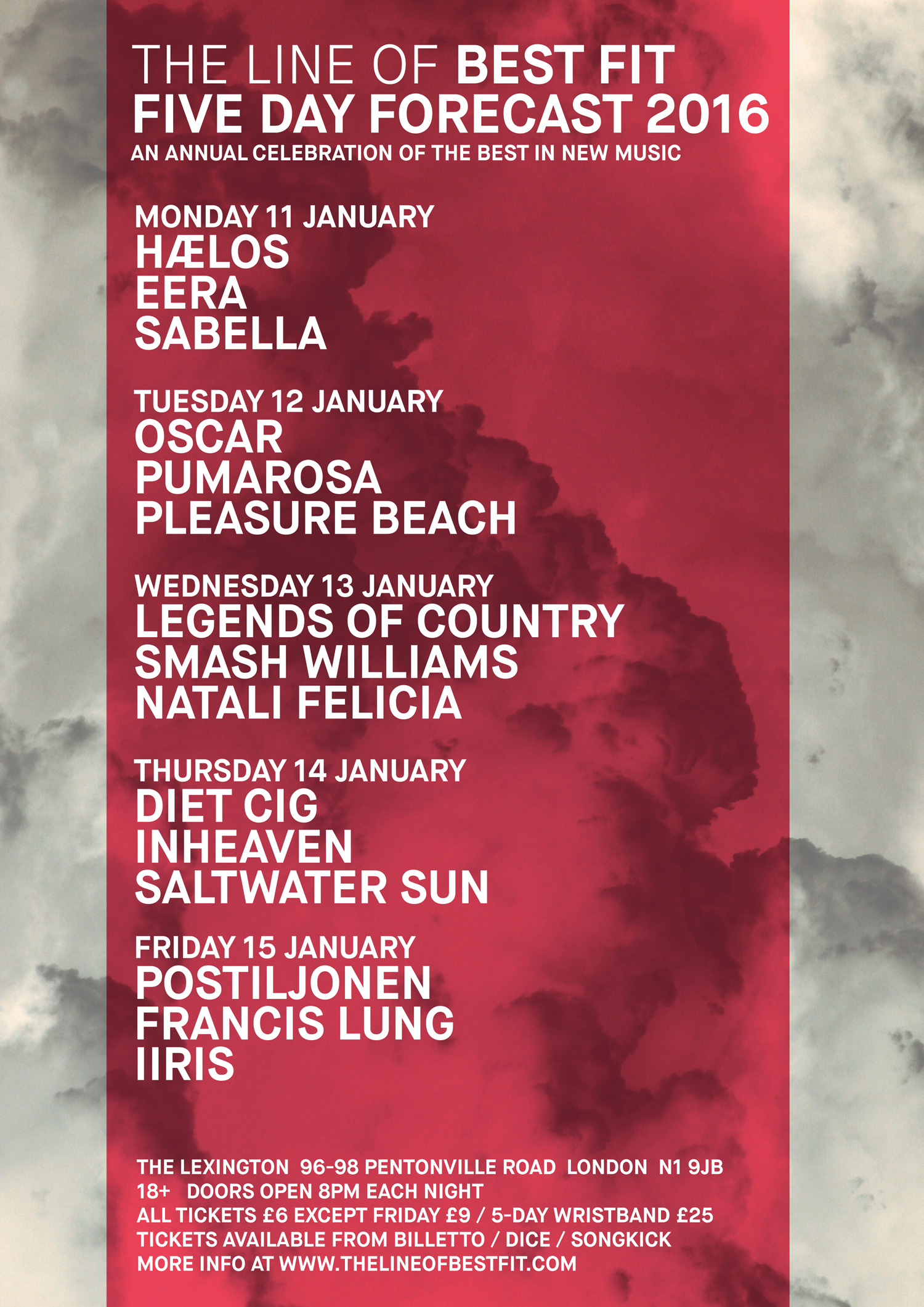 The Line Of Best Fit